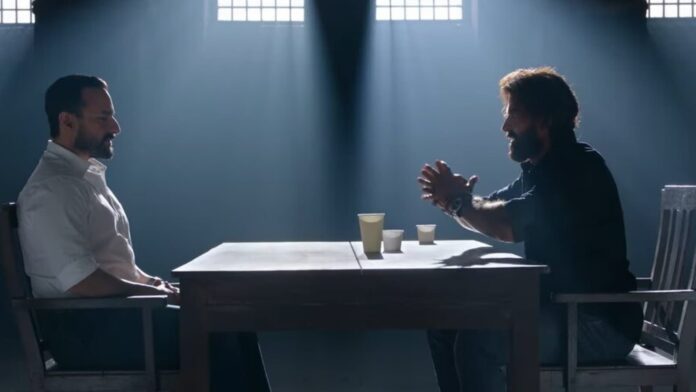 Vikram Vedha Movie Review Outline: The Pushkar-Gayatri directorial brings freshness to the screens despite being a remake. Hrithik Roshan and Saif Ali Khan are mindblowing and add layers to the characters of Vedha and Vikram with their brilliant performances. Background music by SAM CS leaves an exceptional impact that will ring in your ears even after leaving the theatres. Vikram Vedha has successfully managed to carve its own identity as an edge-of-the-seat action-thriller to even outshine the original Tamil film at some points. 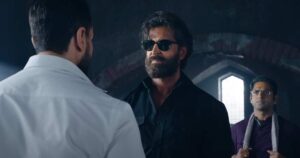 Vikram Vedha follows a cop Vikram who is on the hunt to find a dreaded criminal Vedha. The film opens up with an animated sequence that gives the viewers an idea about the story of Vikram and Betaal, from which the movie takes its main plot point. Pushkar-Gayatri has brought something unique with this addition and a technique which was probably had not been used by Bollywood directors.

Following this, we have Saif Ali Khan’s entry as Vikram in an encounter that he sets up on a tip to finish off Vedha for once and all. His entry is surely handled with great dexterity as it leaves a mark on the viewers. The encounter turns out to be a futile attempt as we learn that Vedha was not present there. However, the lines between grey and white start to muddle from here on itself. Vikram, the lead cop in the encounter, plants a weapon in the hands of a criminal that his task force wrongfully kills.

Pushkar-Gayatri starts to plant doubts in viewers’ minds that good and evil are just two sides of a single coin. After 20 minutes into the film, we are finally introduced to Hrithik Roshan as  Vedha. Not gonna lie; the wait was getting to get frustrating. However, it was worth it as Hrithik makes an entry that led to insane hooting and whistles in the theatres.

We learn that Vikram and his team are trying to forge their new step in order to capture Vedha but much to their surprise, the latter walks into the police station and surrenders on his own. The surprising element just stuns both the viewers and Vikram in the film. Vedha then tells Vikram a story about his past and how he became the dreaded criminal. However, before he can finish off the story, he is granted bail, which is secured by none other than Vikram’s wife, Priya (Radhika Apte).

The story then shifts on its head as Vikram, while pursuing Vedha, starts to think about what’s wrong and what’s right. Whether he is doing the right thing or it’s just all pointless. The rest of the film is a wild cat and mouse game between Vikram Vedha, and we absolutely loved it. Especially the confrontations and action sequences of Vikram and Vedha are handled brilliantly. The cinematographer PS Vinod has done a splendid job.

All in all, Vikram Vedha is an electrifying action-thriller that you don’t want to miss out on. The film greatly benefits from the clever writing, Pushkar and Gayatri’s innovative direction, and Hrithik and Saif’s memorable performances, along with decent acts from the supporting cast. The BGM is also the life of the movie that is high on action and thrill. Definitely recommended!