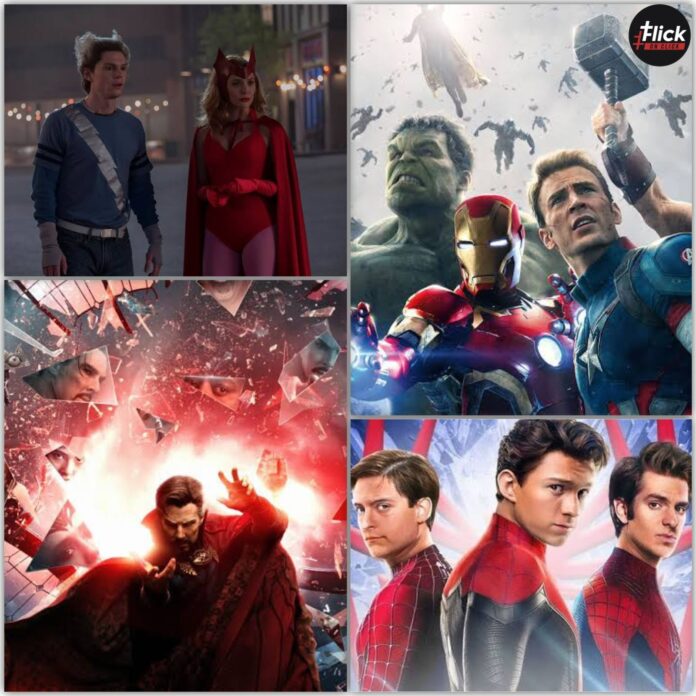 Prepare yourselves, Marvel lovers. “Doctor Strange in the Multiverse of Madness” reaches theatres on May 6, 2022, and based on the trailers. Although, it appears like you’re in for a wild adventure. The Marvel Comics Universe films has so many characters and story strands that a full-fledged examination of the universe appears primed to be extremely confusing unless, of course, you’re properly trained in the multiverse! Continue reading to find exactly what you should watch before seeing the latest Marvel flick. In addition, we’ll look at several more amazing multiverse Marvel Films to watch.

What better picture to watch before the first “Doctor Strange”? The 2016 film, which is currently accessible on Disney+, follows the adventures of Stephen Strange (Benedict Cumberbatch). Hence, a talented but self-absorbed neurosurgeon who sacrifices all after his fingers are paralyzed in a car accident.

Strange travels to Nepal to learn magical arts to heal his injuries and discovers his real potential as a wizard. Strange’s path towards becoming a hero deserving of the Avengers begins in this first “Doctor Strange” film.

Before “Doctor Strange chapter 2 sit down and watch Marvel’s first authorized canonical Television show. That’s because, for one thing, Elizabeth Olsen’s Wanda Maximoff plays an important role in the new film – and, for another, “WandaVision” serves to set the tone for “Multiverse of Madness version.

Wanda and her mate, Vision (performed by Paul Bettany), battle their way through years of TV sitcom cliches as they nurture twin boys in a seemingly suburban utopia in “WandaVision,” which is available exclusively on Disney+. However, as each episode progresses, Wanda and those around her become increasingly aware that not all is as it appears.

Spider-Man: No Way Home” follows up immediately after the occurrences of 2019’s “Spider-Man: Far From Home.  Peter Parker (Tom Holland) has been falsely accused of homicide and his real self has been revealed to the world.

Peter requests Doctor Strange to conjure a magic that will make everybody in the universe remember he’s Spider-Man, but the magic fails. Suddenly, classic characters – and superheroes – from the pre-MCU Marvel Spider-Man films appear, providing some really enjoyable fan-service moments.

One of the Marvel films in which Olsen completely embodied Wanda Maximoff was 2015’s Avengers: Age of Ultron. Making her premiere in Captain America: The Winter Soldier’s mid-credits sequence with Aaron Taylor-Quicksilver, Johnson’s viewers only got a taste of what Maximoff would provide for coming years.

Wanda, who was originally on Hydra’s side before joining Ultron, would later abandon the mechanical evil after discovering his intention to kill Earth. She assisted the Avengers in saving people on a train wreck in Seoul, South Korea. Moreover, she attempted to prevent Bruce Banner and Tony Stark from raising Ideas to life, but she sensed an immediate bond once the robot came alive.

In Avengers: Infinity War, Doctor Strange first appeared when the Hulk smashed through the ceiling of the Sanctum Sanctorum, alerting Strange of Thanos’ oncoming invasion of Earth.

After informing Tony Stark of Thanos’ search for the Infinity Stones, Strange battled Ebony Maw and Cull Obsidian. However, Maw whisked Strange up to his Q-Ship to take the Mind Stone.

Read More: Doctor Strange In The Multiverse of Madness Trailer Drop: What Marvel Has In Bags For You?

When you are craving for both romance and comedy in a movie to brighten up your mood, then...