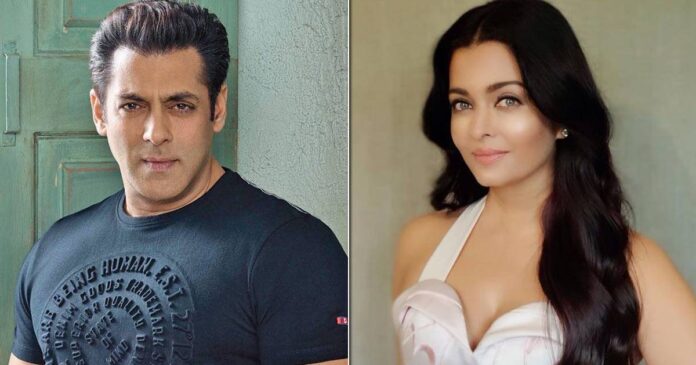 Amid all the flash and splendor, controversial Bollywood actors sometimes go ignored. Their fictitious characters might often mislead us about professional actors. It’s also simple to disregard their faults. These controversies, too, are not ordinary blunders. Some of them go beyond the typical ordinary mistakes. Domestic violence, drug addiction, and love scandals notwithstanding, it is apparent that these controversial Bollywood actors have not constantly been on their good conduct.

Our list begins with Salman Khan one of the most Controversial Bollywood Actors. Because of his fame, all of his romances have been made public. One particularly tumultuous relationship was with starlet Aishwarya Rai. When they co-starred in the movie Hum Dil De Chuke Sanam in 1999. Aishwarya later revealed in an interview that Salman used to physically beat her.

After they broke up, he would phone her and make assertions,” she informed a leading newspaper. He also accused me of having affairs with some of my co-stars. Vivek Oberoi, who started dating Aishwarya, claimed Salman contacted him 40 times and insulted him and his relatives, after which he organized the infamous media briefing in which he exposed everything. They later split up.

The actor’s death on June 14, 2020, when he was discovered hanging in his Mumbai home, stunned the country, and the death’s cause was hotly debated. Some thought it was due to the strains of show business, while others claimed it was an assassination.

The question of whether Rajput abused narcotics made the news. The reason for death was finally determined to be suicide. Over the years, many celebrities, including director Karan Johar, have been scrutinized for their associations with Rajput. The issue of nepotism was also the main reason for the concern.

Kangana became the ‘Queen’ of controversies. Her Twitter account was shut down after she published a video of post-election violence in West Bengal on the network. Twitter, on the other hand, described it as “hateful and rude.” Twitter has previously erased numerous of her Tweets about the farmers’ demonstrations in India before suspending her profile.

Kangana proposes that Indian Prime Minister Narendra Modi used his early 2000s style of leadership to tame a leader of the opposition. Many people assume that the “early 2000s” refers to the riots that killed over 1000 individuals, many of whom were Muslims. The comment sparked public uproar, and Kangana’s account was suspended till further notice.

In October 2021, Aryan Khan, 24, was captured on suspicion of using recreational drugs at a gathering. The Narcotics Control Bureau (NCB) accused him of violating laws “relating to the possession, use, and sale of illicit narcotics. The NCB acquitted him in the matter on Friday, stating that no narcotics were discovered on Aryan Khan. Aryan khan was one of the most Controversial Bollywood Actors in 2021.

The agency’s charge sheet, presented in court on Friday, named 14 defendants in the investigation but left out six individuals, including Aryan Khan, due to the absence of proof. NCB agents seized a cruise liner on October 2, 2021, claiming they had been warned that there were drugs on the panel. Before boarding the ship, Aryan Khan was searched and questioned, and he was eventually brought into the prison by the NCB.

Raj Kundra was detained on July 19, 2021, in connection with an alleged pornographic film incident. He was also accused of gambling online with money acquired from pornographic.

He was later given bail, nevertheless. Sherlyn Chopra claimed Bollywood actor Shilpa Shetty and her spouse Raj psychologically harassed her months ago. She also served the couple with a legal letter seeking Rs 75 crore. Shilpa, on the other hand, had proclaimed all of these claims false.

Early in Sanjay Dutt‘s career, the first symptoms of scandal surfaced. The discovery of an excellent artist dealing with drug addiction was brought to light. Nonetheless, the public quickly forgot about Sanjay’s drug usage, with many believing it was triggered by his mom’s death in 1981.

After receiving public compassion, Sanjay was able to fast recover in the late 1980s via a rehabilitation process. Despite widespread forgiveness, the actor was soon arrested for considerably more serious offenses. Sanjay was sentenced to prison for breaking the Arms Act and his role in the 1993 Bombay explosions. The latter resulted in the deaths of 257 individuals and the injury of 713 others.

Amitabh Bachchan rose to prominence as one of the most Bollywood controversial actors through a convoluted love triangle. It all started with Big B marrying Jaya Bachchan in 1973 and the couple had two youngsters, Abhishek Bachchan and Shweta Bachchan.

The pair enjoyed a love marriage, and everything was going well till Bachchan received the role in Do Anjaane. He co-starred with Bollywood star Rekha in this film, and suspicions spread that they were engaged in a relationship. The iconic actor allegedly lost his cool during the production of the film due to a colleague who was messing with Rekha.

Bollywood represents famous Indian movies, many people were surprised to learn that top performer Akshay Kumar obtained Canadian citizenship and became part of the controversies. The Indian-Canadian actor sparked outrage after it was revealed that he did not vote in the 2019 Lok Sabha polls.

When questioned why he wasn’t voting, Kumar disclosed that he is a Canadian citizen. As a result, many admirers began to doubt the actor’s dedication to India and his nationalism. The news generated countless headlines, and the subject became a big controversy for quite some time. Kumar went on to justify himself despite all of the accusations in a Twitter post.

Bollywood is a cut-throat place where actors only with the ability to rule the hearts of audiences can...