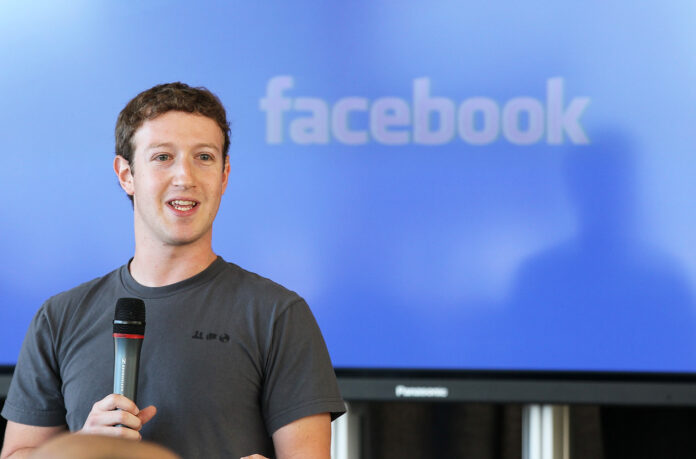 Mark Zuckerberg, the man who revolutionised social media with Facebook, is one of the richest people in the entire world. He has been featured in Time’s 100 Most Influential People in the World list since 2008. In 2010 he was named the Person of the Year by Time magazine. The successful American businessman is known throughout the world for his insane accomplishments at a very young age and for completely transforming the digital world with his visionary technological inventions.

The visionary believed in his social media creation, Facebook, which is now the world’s most popular social media platform. In 2006, Yahoo, the second most popular search platform after Google, offered Mark Zuckerberg a huge sum of 1 billion dollars to purchase Facebook, a platform with 9 million active users and 20 million dollars in revenue. However, the 22-year-old was not fascinated by the offer as he backed Facebook and politely declined the offer.

2- He met his wife in a bathroom line Zuckerberg did not really have the most romantic story of finding the love of his life. In fact, the incident is quite funny in nature. Priscilla, who is now Mark’s wife, first thought of her future husband as a nerdy guy with a lack of ambition. They first met in a bathroom at a fraternity party, where Mark said that he would rather go on a date than complete the mid-terms. Well, the rest is the history we all know.

A guy who developed a company or a platform that filled the lives of a billion people around the globe with colors is ironically colorblind. Mark is red-green colorblind, which implies that the color which stands out for him is blue. Now, you know why Facebook’s logo and interface are all blue and white. Blue is also his favourite color.

4- He tried to be a vegetarian

The billionaire businessman Mark Zuckerberg announced in 2011 that he was trying to become a vegetarian who only ate meat when the animal he himself hunts an animal. He said that he wanted to be more connected to the food he eats and the animals who gave their life for his food. However, just like all of us, Mark could not stick to this so-called vegetarian diet and ended up turning back to meat quite quickly.

5- He found the film ‘The Social Network’ hurtful 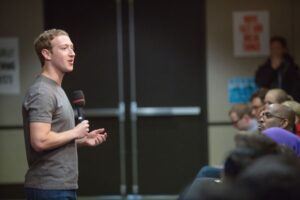 In his first Q & A session for Facebook in 2014, Mark Zuckerberg revealed a lot of things about his life. One such thing that caught everyone’s attention was Mark Zuckerberg’s statement regarding The Social Network. He said that he could not connect with the film at all because it did not match the reality of his life. For example, Mark was happily in a relationship when he invented Facebook, but the film depicts him going through a hurtful breakup.

You must have thought that Mark Zuckerberg, who is the founder and chairman of Facebook, would surely have a fleet of luxurious cars. He is fond of three inexpensive cars Honda Fit, Acura TSX and Volkswagen Golf GTI. Unlike other billionaires, Mark is a lot practical when it comes to owning cars.

7- Mark is humbly referred to as Zuck by his friends

Well, all of us have funny nicknames that either our family or friends have bestowed on us. Mark Zuckerberg, the billionaire, is no different as he is fondly referred to as Zuck by his friends and colleagues. His mom also gave him a nickname during his childhood. She used to call him princely. In college, he had another nickname that his frat brothers gave him. They called him the Slayer.

In 2015 Mark and Priscilla joined The Giving Pledge, which brings together wealthy billionaires who have committed to donating their personal wealth for the betterment of society. Astonishingly Zuckerberg has pledged to give away 99% of his Facebook shares in his lifetime.

The Meta owner takes home only 1$ as salary, according to the papers. However, that does not stop him from accumulating eight figures every year. His primary source of income includes the stake in Meta and other ventures that continues to balloon up every year. For the last 10 years, he has earned only 10$ in total as a salary.

10- He bought all of the houses surrounding his place

Mark Zuckerberg definitely knows the threat that the world of social media poses to one’s privacy quite well. In 2011 he bought all the houses surrounding his house for a total of 44 million dollars. His concern for privacy and security is known to everyone by now. Mark and his wife also have more than 700 acres of land in Hawaii.