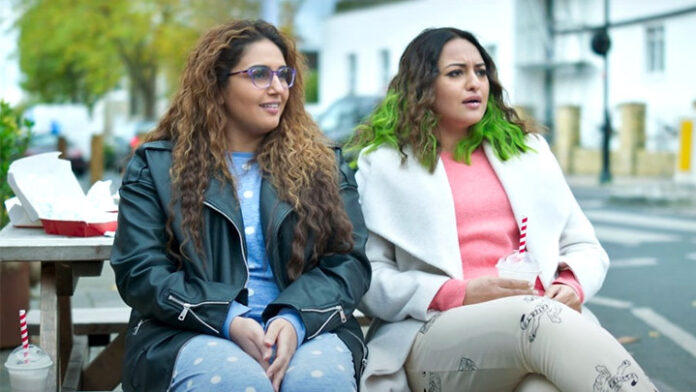 Double XL, a Bollywood comedy with satirical humour starring Huma Qureshi and Sonakshi Sinha in the lead, just dropped its teaser, and we could not be more excited to see the duo together. Double XL was officially announced by the T-Series via their YouTube channel on 14th December 2021.

The announcement gave us a glimpse of what to expect from the satirical Bollywood comedy. It features Sonakshi Sinha and Huma Qureshi passing remarks and fat-shaming remarks on each other. The duo then speaks about how common it is to fat-shame in India and how people tend to give no thought to their language when insulting others with different body shapes than theirs. 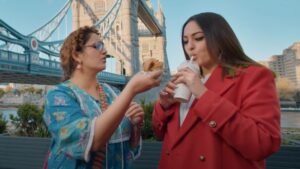 The Double XL announcement video introduced Huma Qureshi as Rajshri Trivedi from Meerut and Sonakshi Sinha as Saira Khanna from Delhi. Together they make it public that they are coming with their film to raise awareness while providing adequate fun for the viewers.

Double XL teaser was released on YouTube by T-series on 22nd September 2022. It was also revealed that the film is going to release in the theatres on 11th October 2022. Double XL teaser shows Sonakshi Sinha and Huma Qureshi sitting on a bench and talking funnily about how women are seen through a different lens by society. They raise grave questions about fat-shaming in a tone that will also bring smiles to your face. The film appears to be an endearing ride filled with heartwarming moments.