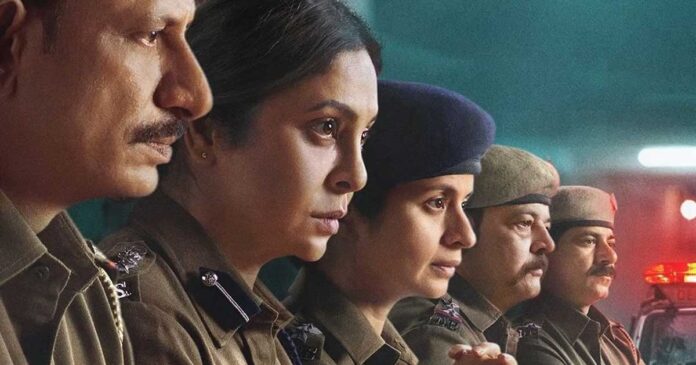 Delhi Crime Season 2 was finally released on Netflix on 26th August 2022. The show starring Shefali Shah and Rasika Dugal as tough female cops won an International Emmy Award in its first season and became a worldwide phenomenon. The first season of the show looked at the investigation of the harrowing 2012 Nirbhaya rape case. However, the second season has widened its scope and follows Shefali Shah’s DCP Vartika Chaturvedi, younger cop Neeti Singh (Rasika Dugal) and right-hand man Bhupendra Singh as they try to unravel the mystery behind the murders of senior citizens in middle-class neighbourhoods in South Delhi. Delhi Crime Season 2 is getting positive reviews, and those who have binge-watched the show must be searching for new web series like Delhi Crime Season 2. This American crime mystery drama web series is quite similar to Delhi Crime in its premise. The show centres on five high school students who enter detention, and one of them ends up dead. A thrilling investigation is launched to find the culprit.

Like Delhi Crime Season 2, The Sinner is about an investigator trying to find clues for murder mysteries. The web series follows detective Harry Ambrose who not just discovers the criminals but tries to understand why ordinary people end up committing crimes.

The Irregulars give a touch of supernatural to the crime investigation. It follows Dr Watson and his shadowy partner Sherlock Holmes in their adventures that will keep you engaged and entertained.

4- House of Secrets: The Burari Deaths

This true crime docuseries explores the mysterious death of 11 members of one family in Delhi’s Burari area. You will be enthralled by the revelations that this documentary brings forward.

She, directed by Imtiaz Ali, is a web series that you should definitely watch if you liked Delhi Crime Season 2. The show follows a female police officer who disguises herself as a prostitute in order to expose a drug ring. However, she gets entangled in her own sexuality and desires in this suspenseful show.

Who killed Sara? follows Alex, who gets framed for the murder of his sister Sara. He becomes hell-bent on finding the real culprit after being freed from prison after serving 18 long years. I personally recommend that you should give this web series a go.

Money Heist is one of the shows making quite a buzz, and the reasons are pretty evident. The...
News

MX Player has gained recognition among the OTT platforms in India with shows like Aashram, Bhaukaal, Raktanchal and...
Entertainment