10 Best Documentaries to Watch on Discovery+ in 2022 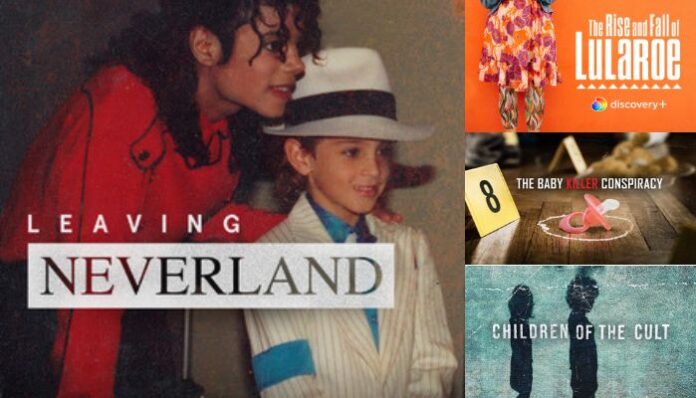 Documentaries provide different fun and exhilaration from your typical web series and reality tv shows. Just knowing the fact that the shocking events unfolding before you have actually happened in the past can make you shiver and excited. Movies and shows are fun to watch, but they lack the charm of realness that’s imbued in documentaries. Nowadays, many documentaries are available on OTT platforms such as Netflix, Amazon Prime and more. You can discover the most loved true-crime documentaries easily on these streaming services. However, if you want to watch a wider range of non-fiction true-to-reality events, then you should head to the OTT platform created by the Discovery channel. You can easily find the best documentaries on the Discovery+ OTT app for just Rs 199/month or 399/yr.

Here are the 10 best documentaries to watch on Discovery+ in 2022:

This spine-chilling true-crime documentary is all you need to watch if you want to indulge in an unforgetful experience. The documentary traces the murder of a woman named Anni, whose dreamy South African honeymoon turned her life into a dream for eternity.

Leaving Neverland is always counted as one of the best documentaries ever made. It exposes the dark truth of iconic singer and dancer Michael Jackson. Two adult men reveal how Micheal Jackson used to abuse young children. A truly harrowing story that will make you question your beliefs.

We have all heard and seen the stories of drug kingpin Pablo Escobar, but this Discovery+ documentary will leave you stunned with a tale of one of the world’s biggest drug lords. It follows the life of Tse Chi Lop, who ran an international crime super syndicate in Asia pacific.

4- Children of the Cult

Children of the Cult is easily one of the best documentaries. The five-part series brings forward three women who were into a global sexual cult. It shows their epic struggle to finally escape the place and demand justice.

This one can be your guilty pleasure. We all love stories about big scams and frauds. Fruitcake Fraud is a documentary that depicts a $17 million fraud that stunned the fruitcake capital of the world. It’s fun and easy to watch.

Do you love those kinda stories where underdogs come out victorious despite all the big challenges and obstacles in their way? Gamestop: The Wall Street Hijack is exactly this kind of documentary. It shows how five amateurs trusted themselves to beat Wall Street.

Just hearing the name of this documentary gives us the chills. The Baby Killer Conspiracy uncovers the truth behind the killings of three infants. It shows that the three women who are jailed for infanticide could actually be the pawns in a bigger conspiracy.

8- The Hunt for the Chicago Strangler

The hate crimes against black people in America are still an issue that has refused to die down. This poignant documentary showcases the hunt for the killer who terrorised the streets of Chicago with his murdering streak of black women.

Do you love missing-person documentaries? Is forming your own conspiracy theories your speciality? Finding Andrea is a documentary that will give you this opportunity. It looks at the secrets and unanswered questions that were left behind after the disappearance of a single mom.

10- The Rise and Fall of LuLaRoe

LuLaRoe, a multi-level marketing company involved in the women’s clothing business, was accused of running fraudulent schemes. This documentary depicts how the organisation came to be hit by a ton of lawsuits which are still to be settled.

We don't observe many Indian documentaries, nevertheless achieving the same level of popularity as Bollywood films. However, the...
Offers

How to Get Discovery Plus Subscription for Free? Here are the Best Tips and Tricks

Popular streaming service Discovery Plus is owned by Discovery. Discovery's service focuses on real-world documentaries from its main...
Entertainment

Selena Gomez- My Mind and Me Documentary Review: This might be a bit uncomfortable for some viewers due...
Offers

How to Get Discovery Plus Subscription for Free? Here are the Best Tips and Tricks

Popular streaming service Discovery Plus is owned by Discovery. Discovery's service focuses on real-world documentaries from its main...