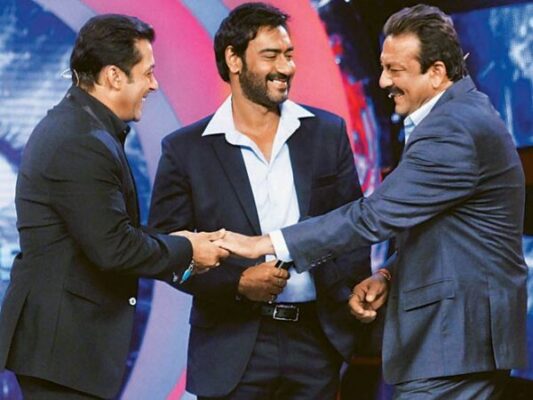 In today’s era where true friendship is unlikely to blossom, let alone thrive for an extended period. In our life, many folks come and leave. But those who remain around here are typically the ones who get to know you from the inside out and remain the closest of friends, becoming more important than our marriages at times, albeit this is an unjust comparison. Today, when we have begun to question the loyalty of everyone who surrounds us, there are still certain people who provide us with a glimpse of hope. Using these Bollywood friends as an example, here are 10 Bollywood friends whose bond has endured the test of time and defines what real friendship is. 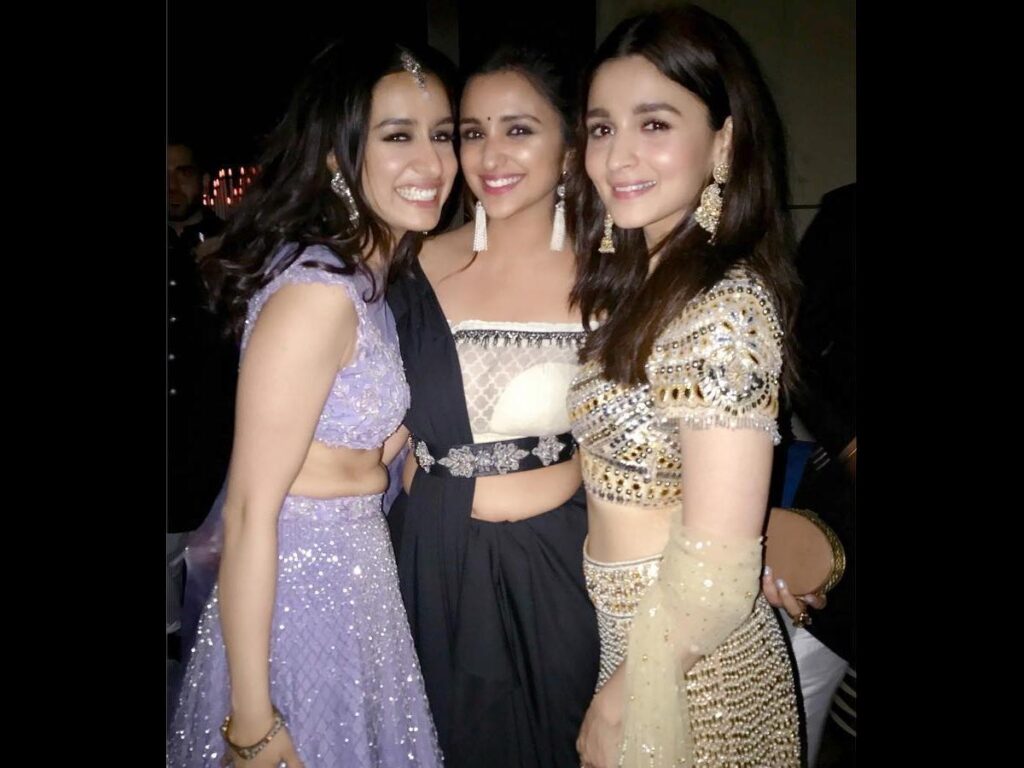 Alia Bhatt, Parineeti Chopra, and Shraddha Kapoor made their Bollywood debuts around the same period and have been friends ever since. When these stunning ladies pose for a picture, it is nothing short of a visual delight for everyone. When they’re discovered on a trip together, their images flood our social media screens. The way these girls care for each other is clear from their Instagram posts on each other’s photos. This beautiful trio demonstrates that you can work in the same industry, be competitors, and still be excellent friends. 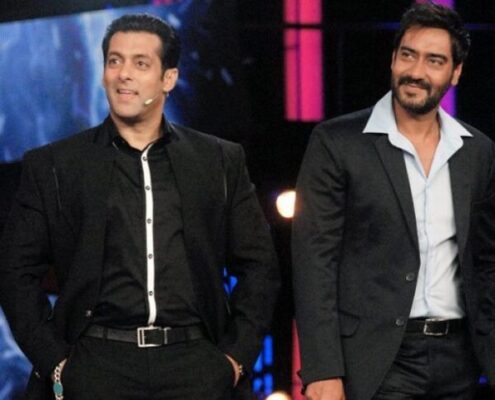 Few people are aware of their friendship because they rarely exhibit it on social media or elsewhere. Salman and Ajay have a very good friendship. Many of you may be unaware, but chulbul Pandey and ‘Singham’ have been popular Bollywood friends for a long time. While Ajay appeared briefly in Salman’s hit film Ready, Salman was seen performing an appearance and shaking a leg with Ajay in a dance for the film Son of Sardaar. Ajay and Salman have also collaborated on the classic films Hum Dil De Chuke Sanam and London Dreams. They may have clashed at a party just before the Bigg Boss 5 launch, but their relationship is unbreakable. Sanjay Dutt has recently appointed Reshma Shetty, the woman behind the Salman Khan brand. The best buddies also co-hosted the fifth season of Bigg Boss. Sanjay Dutt and Salman Khan have not only debunked these rumors, but they have also set a good example by remaining together through thick and bad. The two celebrities have been friends for nearly two decades and have remained rock strong through success and adversity. There was a moment, though, when allegations of a feud between Salman and Sanjay shook the entire industry but their bond is unbreakable. The two actors, who initially acted together in the 2014 movie ‘Gunday,’ have become increasingly close over the years. Arjun spoke about his long-standing relationship with Ranveer in a conversation. Their cute social media conversation has shown that their brotherly relationship is here to remain. From expressing their love for each other on social networks with charming names to football pranks, this duo’s bromance never fails to inspire us about friendship. Hrithik Roshan’s ex-wife, Sussanne Khan, former actress Sonali Bendre, and Swades fame, former starlet Gayatri Joshi Oberoi have been closest friends for almost a generation, and their bond is as powerful as ever. They have always been there for one other through life’s ups and downs, whether it was Sussanne’s divorce from her spouse, Hrithik, or Sonali’s cancer treatment. 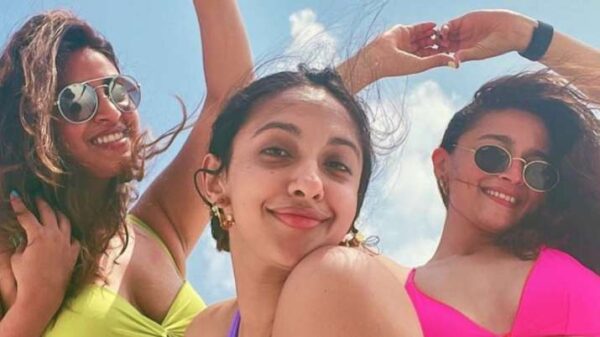 Beauty-queen Alia Bhatt has been chuddy buddies with Akanksha Ranjan and Anushka Ranjan since they were children, and their photographs together have given us huge #womance goals time and again! On her birthday, Alia Bhatt uploaded a sweet throwback photo of herself and Akanksha Ranjan as children, captioned “happy birthday my everything.” 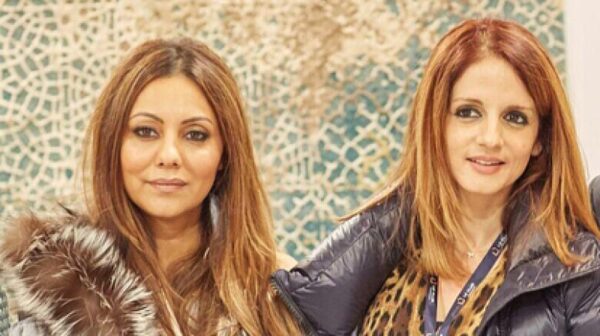 Shah Rukh Khan’s lovely wife and interior decorator are best friends with Sussanne Khan. They’ve been friends for a long time, and their bond has endured the weight of time.  The deep affinity shared by these girls is clear in their posts on social media as they flaunt their friendship with lovely photos. Karan has a special bond with Big B’s child Shweta Bachchan Nanda. The pair first came into contact when they were only five years old and have been close ever then. When Shweta came on Karan’s talk show, Koffee with Karan, we noticed their friendship. 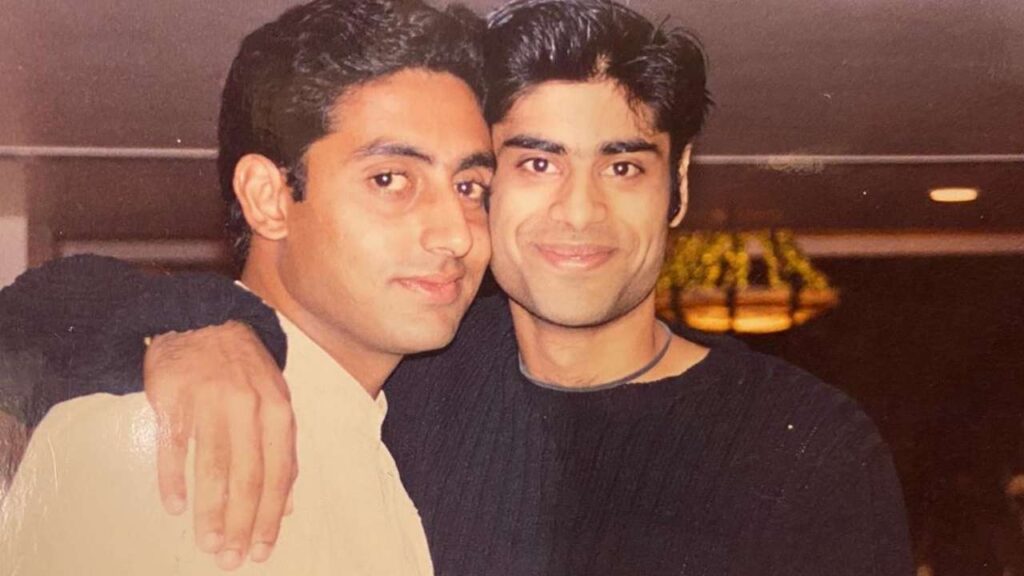 Sikander and Abhishek are childhood friends and are now more like brothers in Bollywood. Abhishek regards him as a younger brother. Sikander once stated that when Abhishek’s child Aaradhya was born, he celebrated as the true chachu. Abhishek once uploaded an old photo of the two together on Instagram with a loving remark, to which Sikander responded, “Rulayega kya pagle.”

Read More: 10 Best Movies to Watch With Your Best Friends on OTT

Madhuri Dixit is a famous and the most beautiful Indian actress who is best known for her work in...