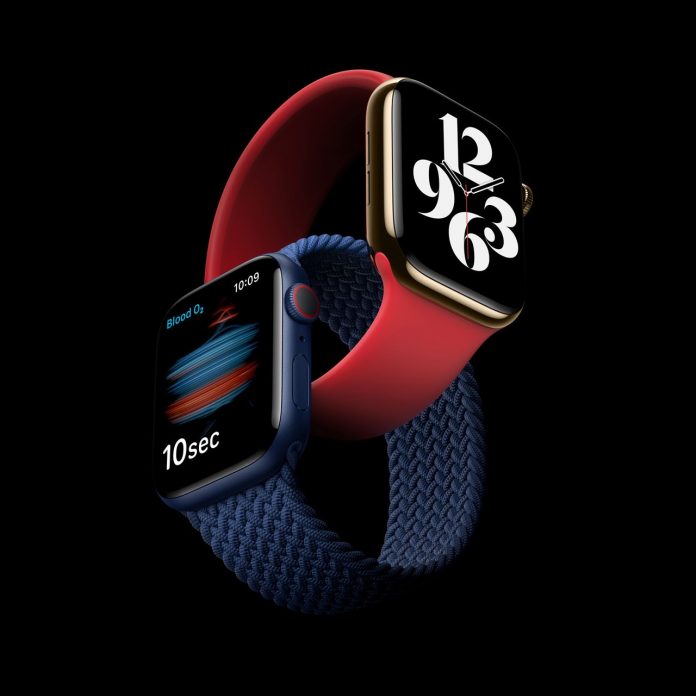 Apple organized a special ‘Time Flies’ event on 15th September at 10:30 IST which was hosted on their youtube channel and on their website as well. It was eyed by every apple enthusiast and a buzz was in the town for every one anticipated that the new ‘iPhone 12‘ would be launched, which did not happen.

Rather they announced several other products and services from Apple. The list of devices launched includes Watch SE, Watch Series 6, iPad Air, 8th generation iPad, and Apple One service with individual and family options.

Now, let’s have a closer look at what Apple has for us this time.

Apple watches are one of the best wearable gadgets one could purchase off the market in current times. With the new Watch Series 6, they’ve introduced a ton of extra features that comes along.

It can measure your blood oxygen levels, make your face into a memoji and set it as an interactive image as your watch skin, the screen is 2.5 times brighter and with fast charging added, now it takes only 1.5 hours for a full charge.

Those who think that Apple Watch 6 is too costly and might not worth their penny, can go for the Watch SE. It also comes with the latest Watch OS 7 and looks pretty similar to the new Apple Watch Series 6.

It comes with most of the features from Watch 6 such as advanced fitness options, on point and precise measurement of health metrics, and more.

This is by far the most advanced entry-level iPad as claimed by Apple. With A12 Bionic chip inside and neural engines, it can process way too heavy loads as compared to its predecessors. It also gets the new iPadOS 14 and you can get it attached with the famous iPad’s Smart Keyboard and Apple Pencil as well. Which is something very popular with the iPad Pro users.

You might be thinking that Air products are actually a downgrade to Apple’s mainline product and it’s true but something is different this time. The Apple iPad Air comes with an A14 Bionic chip and neural engines which makes it stand neck to neck to the soon launching iPhone 12 using the same processor.


It’ll be having 40% more processing power than any of its subsidiaries and well! you’ve got to rethink before considering which one to buy after Apple did this trick with their latest Air device.

Apple gets heavily incentivized by the services that they sell separately like Apple Music, Apple TV Plus, Apple Arcade, Apple News Plus, storage service iCloud.