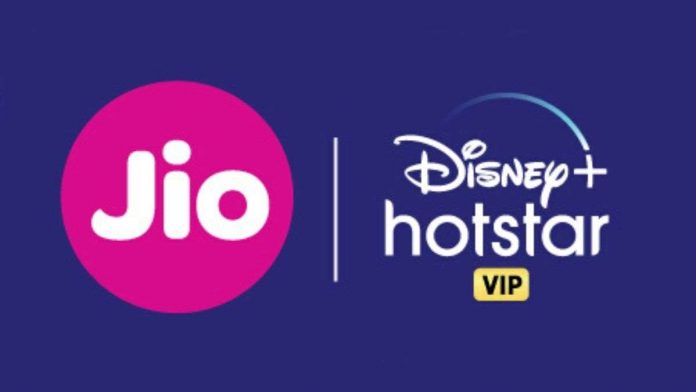 Reliance Jio is a customer-centric telecom operator and its a known fact. They have proved it from the very start since they brought an internet revolution in the country, speed up the adaptation of 4G, introduced GigaFibre, and all at pretty cheap costs.


Even when they collaborate with other brands, then also they make sure that the customer is the ultimate beneficiary. Well! Just with that thought in mind, Jio have launched their new Data Only Packs which comes with free Disney+Hotstar.

There are several new Jio plans that have been launched and out of them, the INR 499 pack is only valid for using data, which means that you won’t be able to make calls or send SMS with a recharge of these packs.


The 499 pack gives you 1.5 GB data per day with no added benefits of calling or SMS for 56 Days and packs in a Disney+Hotstar subscription for two months as well.

A major reason for launching these packs now is commencement of IPL 2020 is soon to happen to start mid-September. And that a vast majority of the population would head over to the OTT platform for the screening of the upcoming matches.

Jio has partnered up with Disney+Hotstar seeing this opportunity and well! you can say is trying to give off benefits to Jio’s audience in return for some PR for Disney+Hotstar.


So, if you’re one such fortune Jio user then you can go and select your preferred Disney+Hotstar pack. The pack starts from 499 INR as we’ve already mentioned and goes up to 2599 INR. With each pack having different benefits included.

It’s possible that the screening of IPL would be deemed free and you won’t need a premium account for that. But if you still calculate the price then while buying the 499 INR pack and removing the actual pack value which comes around to be approx 399 INR.


The subscription would only cost you 100 bucks. Which is 50 bucks per month and that my friend is equivalent to one half plate chilly potatoes from a street vendor.

So, it’s up to you that can you sacrifice your one-half plate of chilly potatoes and instead watch IPL plus some other great content? Well! anyway, you can’t go out and eat those chilies, so its recommended that you switch to pack instead.

2020 brought us many new talents and interesting shows and movies with fresh faces which weren’t really given...
Trending

Spending money on OTT subscriptions after already paying for your prepaid recharge can leave your pockets empty, especially...
Entertainment

Holidays can be exhausting and boring. If you’re thinking to go on a Binge-watching spree in your favorite...
Offers

IPL 2020 is all set to roll from September 19 and millions of cricket fans will be tuning...
News

JioFiber has come up with something new to gain more and more customers. They have introduced a 30...
Entertainment

The weekend is here and we're confused which movies to watch or a show to binge-watch, there are...
Offers

Vi has finally come with the expected and launched its market capturing masterpiece of the pack. Yes! They...
News

No one in the country hears your needs that closely as Reliance does, therefore understanding the needs of...