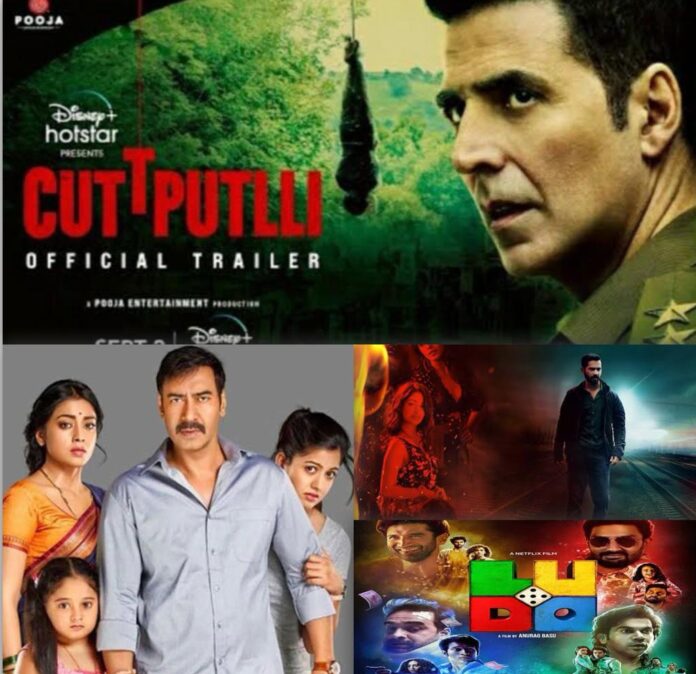 Recreating South Indian movies in Hindi has become popular trend in recent years. However, Bollywood appears to be particularly interested in recreating its thrillers. The most notable example is Akshay Kumar’s Cattputlli, which debuted on Disney+ Hotstar on 2nd September and is a remake of the popular south film Ratsasan. Let’s take a peek at some Hindi crime thriller movies that are similar to Cuttputtli.

The film is a classic vengeance film inspired by Massimo Carlotto’s narrative and makes it one of the best thriller movies like Cuttputtli. The people are what make it unforgettable. Each one is beautifully written, and even secondary characters, such as a female investigator, have a shining moment. Each is intricate and eventually unknowable, therefore Liak, played by Nawazuddin Siddiqui, is deceitful, potentially unpredictable, and violent. But he is also susceptible to profound and lasting love.

Haider, directed by Vishal Bhardwaj, reaches where Bollywood usually goes: the film, inspired by William Shakespeare’s Hamlet, goes beyond clichés about Kashmir and its protagonists aren’t attempting to be amusing. The film follows Haider (portrayed by Shahid Kapoor), who learns that his harmonious, life-saving physician dad (Narendra Jha) has been apprehended by the Indian Army. When he arrives from Aligarh (where he was pursuing poetry, a love he values with his dad), he discovers that his mom (Tabu) and uncle (Kay Kay Menon) are involved in the scheme that led to his family’s abduction.

Bobby Deol, Nana Patekar, and Shriya Saran feature in Ek: The Power of One, a 2009 adventure thriller. It’s a replica of the Telugu movie Athadu, which came out in 2005. The plot centers around Nandu, an adolescent turned assassin who is wrongfully accused of murdering a politician and is on the road. On his train adventure, he encounters Puran, who is stuck at home after eighteen years; they converse, and Nandu learns about his blended family and the marriage of Puran’s sister, which he plans to attend.

Urag Basu’s directorial Ludo, which merges people, events, and genres, begins with a brutal murder committed by Sattu Bhaiya (portrayed by Pankaj Tripathi). Then, as parallel storylines and individuals form, different circumstances emerge. Akash ( Played by Aditya Roy Kapur) and Ahana ( portrayed by Sanya Malhotra) are caught off guard when they learn a videotape of them having intercourse has gone viral on the web. They try to figure out what’s going on because Ahana’s marriage to another man is coming up in a few days. Ludo is one of the best crime thriller movies like Cuttputtli that you can stream in your free time.

This year saw the release of the Hindi version of the Tamil flick Ratsasan in Mussoorie. Akshay Kumar and Rakul Preet Singh, who portray the key characters in the movie, were sighted in Mussoorie at St George’s College and Barlow Ganj’s biggest market. Vishnu Vishal, Amala Paul, and Saravanan starred in the original movie. The plot of the Hindi version of the Tamil film Ratsasan revolves around a psycho murderer who targets teenage girls and continuously flees the police. Ratsasan is one of the crime thriller movies that you must stream if you like watching Cuttputtli.

Nishikant Kamat’s directorial Drishyam featuring Ajay Devgn in the movie is a remake of the same-titled Malayalam film from 2013. Kumar Mangat Pathak, Ajit Andhare, and Abhishek Pathak co-produced the picture. Along with Ajay, it stars Tabu and Shriya Saran as main characters and Ishita Dutta and Mrunal Jadhav as children in smaller roles. O It earned Rs 938.5 million in India and a total of Rs 1,110.5 million globally. Drishyam is one of the popular crime thriller movies that you would love to watch like Cuttputtli. Real-life incidents served as inspiration. That sentence has a generalizing influence on a film. It is saved from its loopholes because the spectators’ minds constantly return to the concept that ‘this occurred.’ That statement greatly favors Special 26. This film climbs above its many plot loopholes to provide a fairly interactive experience based on its actors’ talents and filmmaking skills.

Amazon Prime Video is in no mood to stay quite and is dropping one after another hit series...
Entertainment

Over the years, the Hindi cinema industry has produced several beautifully designed Oscar-nominated Indian movies that have reached...
News

Dilip Kumar passed away yesterday due to prolonged illness and it was a shocker for the Bollywood industry....
Technology

OnePlus Nord 2T was recently launched by the OnePlus at the price of ₹32,600 for the base variant...
Entertainment

People can improve themselves through adventure. It contributes to the development of a character and the formation of...