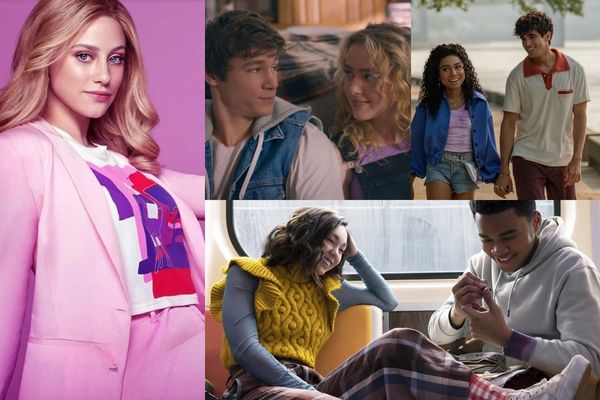 Feel-Good movies are always fun to watch with your partner. A light-hearted film with a chill and calming vibe has the power to completely change your day for the better. The elusive weekend which we all waited for it is finally here, and the one struggle we all wanna avoid is to searching for good movies for hours before selecting one. We know the struggle is quiet and real and exhausting. Hence, we have decided to save your time by curating a list of the best newly released feel-good movies on OTT platforms in India that you can watch with your better half this weekend.

Here Are The Best Feel-Good Movies to Watch This Weekend on OTT:

Wedding Season is an Indian light-hearted romance drama that will make you feel all the vibes with your partner. The film, directed by Tom Dey, stars Pallavi Sharda, Suraj Sharma and Arianna Afasr in prominent roles. Wedding Season has a simple plot in which friends who are forced by their parents to get married decide to pretend in front of their families that they are married. However, gradually they start to develop feelings for each other which make for quite an interesting watch. This feel-good rom-com is one of the best movies to watch this weekend. Look Both Ways just recently dropped on Netflix, and the film is a pure package of good vibes. The movie stars Riverdale fame Lily Reinhart with David Corensweet and Danny Ramirez. The film follows a girl named Natalie whose life completely changes on the eve of her college graduation. She suddenly finds her life diverging into two parallel worlds. In one reality, she is a pregnant woman in Texas and in another, she moves to Los Angeles to pursue her dreams. It’s one of the beautiful feel-good movies to watch this weekend. Dakota is a family drama that will soothe your soul. If you love dogs, you will definitely adore this film. The movie follows a combat dog named Dakota, who comes to live with the wife and daughter of his late owner. Soon, the mother and daughter develop an inseparable bond with the dog. The cuteness in this film is just too much to handle. The film’s plot progresses when a corrupt sheriff devises a plan to steal the land of Dakota’s family. It’s a feel-good film that you will cherish forever. Similar: 10 Feel-Good Bollywood Movies to Watch When You Are Feeling Low

4- The Map of Tiny Perfect Things

The Map of Tiny Perfect Things streaming on Amazon Prime Video might have missed your radar in 2022. The film is a sci-fi romantic drama in which two teenagers are stuck in a time loop. It stars Kathryn Newton and Kyle Allen in the lead roles. The movie will leave you feeling content with its storyline that progresses in an interesting, engaging and obviously light-hearted way. Anything’s Possible is a film made on a topic that society still doesn’t wanna talk about in the open. The film starring Eva Reign, Abubakr Ali, Simone Jay Jones and Courtnee Carter in main roles is a groundbreaking feel-good romantic drama that should definitely be on your watchlist this weekend. The film follows a high school teen who somehow summons the courage to ask out a transsexual teen on a date despite knowing the drama it can cause. One of those feel-good movies that will leave you with mushy feelings. Rise quietly released on Disney+ Hotstar and went unnoticed despite its inspiring feel-good story that will have you cheering and rooting for the success of the protagonist. The film is a biographical sports drama that follows the journey of three Nigerian-Greek brothers who migrate to the United States of America to achieve fame and success through their skills in basketball. The film stars Uche Agada, Yatide Badaki, Dayo Okeniyi and Akin Omotoso in lead roles. 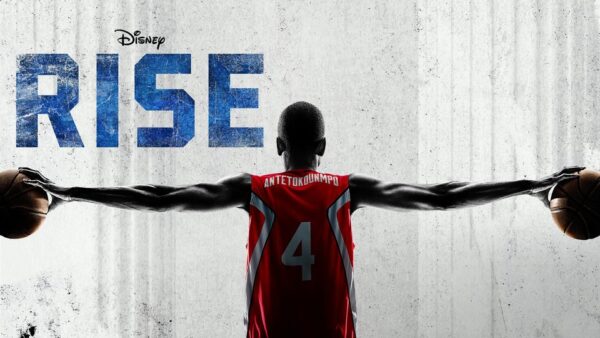 Sneakerella is a romantic musical drama created by Disney. The film stars Chosen Jacobs, Lexi Underwood, John Salley, and Devyn Nekoda in lead roles. The movie follows a guy named El, who has a talent for designing sneakers. He runs a shoe shop inherited by him from his mother and hides his talent from his stepfather and two mean stepbrothers who are always trying to thwart any opportunities that come his way. It’s one of the best feel-good movies you can watch this weekend. The Ghost starring Akkineni Nagarjuna in the lead role, is releasing in the theatres on 5th October 2022....