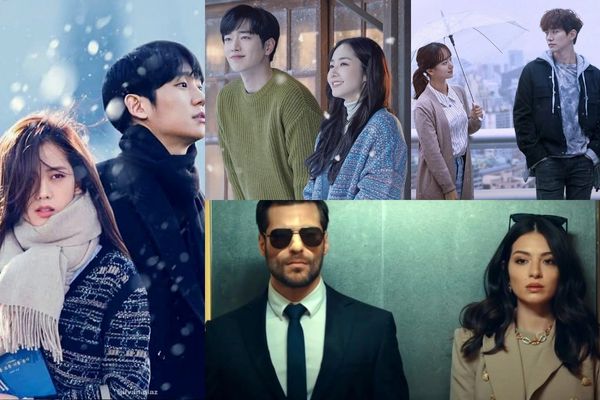 Here Are The Best Romantic Web Series in Hindi on Hotstar in 2022:

Dil Bekaraar is a romantic Hindi web series on Hotstar that also has a touch of comedy. The series is a heartwarming and feel-good drama that will leave you with feelings of joy. The show follows the shenanigans of Justice Thakur, his wife and their five daughters, who are named alphabetically. It’s a great romance show that should be on your watchlist. 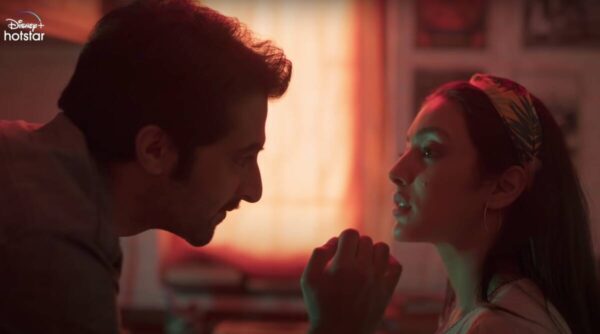 Out of Love is a romantic Indian thriller that stars Mirzapur fame Rasika Dugal, in the pivotal role. The romantic web series is one of the most critically acclaimed shows on Hotstar in 2022. It follows a woman who becomes obsessed with exposing the identity of her husband’s mistress. Rain or Shine is a Hindi dubbed romantic web series streaming on Disney+ Hotstar in 2022. The show depicts the life story of three people who each lost one of their loved ones in a building collapse. How they manage their work and relationships in this hard time forms the core of this romantic drama. Friends is a romantic drama co-produced by Japan and South Korea. The romantic web series now streaming on Hotstar tells the story of a Japanese and South Korean who meet each other in Hongkong and promise to keep in touch with each other via email. However, will they be able to stay friends like this, or will their budding love come to an abrupt end, form the core of this series. 5- When the Weather is Nice

This is another Korean romantic web series that’s dubbed in Hindi for Indian audiences on Hotstar. The show is a light-hearted romance drama that will keep you smiling all the time. The cheesy moments in the show are just pure guilty pleasure. When the Weather is Nice follows a girl who grows tired of her city life and shifts back to her hometown, where she meets a man who runs a bookshop. They start to fall for each other, and a beautiful love story begins. Snowdrop is another Korean romantic show dubbed in Hindi and streaming on Hotstar in 2022. The web series follows a university student who decides to step into the dangerous territory of a woman’s dormitory despite knowing the consequences. His bleeding after the happening event is treated by a girl, and their love story commences. 7- Adventure of the Ring


Disney+ Hotstar is filled with Hindi-dubbed Korean romantic web series. Adventure of the Ring is another show that adds to this long list. It follows a couple who are forced to reexamine their priorities after the would-be groom misplaces the ring which he has kept for the proposal. Their adventures with the ring are endearing and heartwarming. This show definitely deserves at least a one-time watch. New Life is a Turkish romantic drama that’s dubbed in Hindi. The web series streaming on Hotstar in 2022 follows a girl who tries to seduce her bodyguard in order to execute her runaway plan flawlessly. Previous article
Top 8 Sakshi Tanwar Movies and Shows that Should be on Your Watchlist
Next article
Karthikeya 2 OTT Platform, Release Date, Where to Watch, TV Rights and More
Virat Verma

With many movies and shows debuting this month on various OTT platforms, we're set for Valentine's Day and...
Offers

The new year has arrived and with this year, you would want to spend some time worrying less...
Offers

Recently, a number of people reported seeing Flipkart offers Disney+Hotstar subscription which at just a mere sum of...
Entertainment

Disney+ Hotstar has established itself as a major entertainment hub with the daily introduction of new and interesting...
Talent

The Night Manager is an upcoming thriller web series on the OTT platform Disney+ Hotstar in India. It...