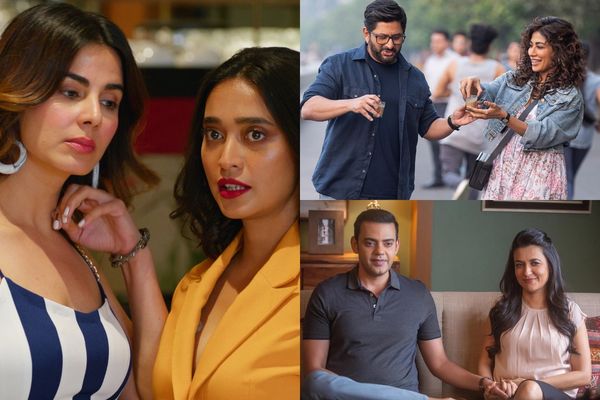 Amazon Prime Video is already home to many good Hindi web series, and the OTT platform continues to grow by adding good romantic and comedy dramas to its library, which people love. One can find whatever type of movies and shows they like to watch on this digital platform. Amazon Prime Video is one of the leading OTT services in India due to making available good romantic Hindi web series that people in India just love to stream. 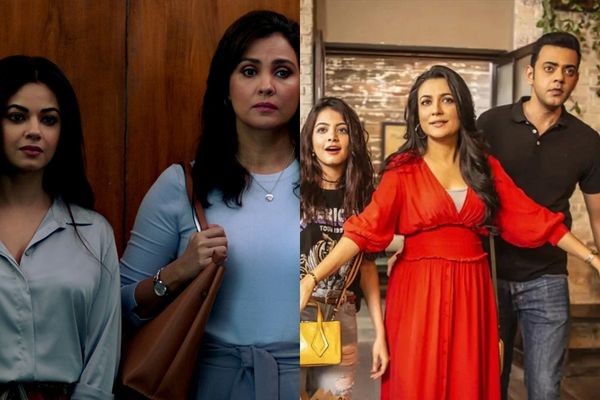 Here is a full list of romantic web series in Hindi that you should watch on Amazon Prime Video in 2023. These endearing and heartwarming shows will make you feel loved.

The Hostel Daze Season is a light-hearted romantic Hindi web series streaming on Amazon Prime Video that has garnered love and affection from the audiences. The show has become one of the most watched series on the OTT service. Before its release, it was perceived as a comedy, but the show turned out to be an equal balance between the elements of romance and humour. You will definitely enjoy watching the tales which unfold in the hostel of engineering students in India.

Four More Shots Please! is one of the most daring and bold Amazon Prime Series streaming in Hindi. The show has garnered positive responses from critics by depicting issues and stories that normal people can relate to. The romantic Indian web series written by Devika Bhagat and Ishita Moitra follows four female friends who try to manage their work, love and relationships in the busy city of Mumbai.

Modern Love Mumbai is one of the best romantic web series in Hindi to watch on Amazon Prime Video. The show is inspired by the foreign series Modern Love. It has an ensemble cast and a plot that will engulf you with its beauty. Modern Love Mumbai explores six different stories in which the characters are navigating their lives while struggling with the issues of romance, love, relationships and family. Fatima Sana Sheikh and Pratik Gandhi are two of the notable actors that appear in this show.

Made in Heaven is another beautiful Indian drama that you would love to watch on Amazon Prime. It follows two Delhi-based wedding planners who are struggling with the issues of their identity. Karan is a gay man who is living in a society where homosexuality is illegal, while Tara is a woman who has found the door to success through marriage. Their stories make up for an engaging and enthralling session of streaming.

Bandish Bandits is a heartwarming romantic web series in Hindi to stream to Amazon Prime in 2023. The show, directed by Anand Tiwari, follows two singers who set out on a journey of self-discovery with each other. What makes the premise interesting is that they are completely opposite to each other in all the ways imaginable. Will they be able to discover love and success? Watch this beautiful romantic tale to find out.

Laakhon Mein Ek is a drama that uses romance effectively to its benefit. The Indian series created by the comedian Biswa Kalyan Rath follows Aakash, a student from Raipur who migrates to a different city in order to prepare for the entrance exam of the Indian Institute of Technology. The heartwarming series shows how a misfit trying to manage his studies catches feelings for a girl and becomes quite vulnerable. Mirzapur fame Shweta Tripathi is the love interest of the boy in this show.

Mind the Malhotras is a lovely show with a fantastic relatable premise for the younger generation of married couples. The romantic Hindi web series streaming on Amazon Prime Video shows how a married couple seeks professional help in order to save their marriage and avoid a heartbreaking divorce which many of their friends have gone through.

The Bollywood actress Lara Dutta made her Amazon Prime Video with this Hindi romantic web series that won many hearts for its heartwarming storytelling. The show follows a mid-aged woman who gets divorced and lives with her younger brother and teenage daughter. It displays the adventures of all these three people while they try to manage life, love and relationships.

Have you fallen in love with someone who can make you do drastic things for them? If the answer is yes, then you would love watching this romantic Indian web series on Amazon Prime. The show follows a girl named Pushpavalli who deeply falls in love with a guy at a food convention and ends up following him to a different city.

Rasbhari is a hot and bold romantic web series that may serve as your guilty pleasure. The show streaming on Amazon Prime follows a female teacher who has sex obsessed alter ego. One of her students falls deeply for her, and this prompts his mother to take measures which may prove to be catastrophic. It’s a unique show that you may or may not like. Swara Bhaskar plays the lead in this show.

MX Player has gained recognition among the OTT platforms in India with shows like Aashram, Bhaukaal, Raktanchal and...
Entertainment

Malayalam thriller movies have started to gain a vast viewership in Northern India since the Bollywood remakes of...