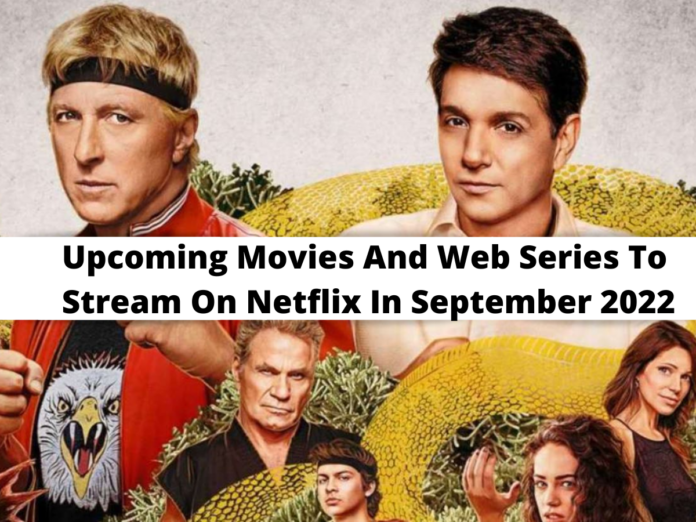 Netflix is a streaming service that provides a wide range of award-winning TV shows, movies, animation, documentaries, and more to thousands of internet-connected devices. This upcoming month, Netflix is getting a tonne of new material while also losing some really great episodes and films. Welcome to a sneak preview of a Netflix Original that will debut in September 2022. The upcoming web series on Netflix is just amazing.

Each month, Netflix also receives authorized films and television shows in all of its territories. These are some upcoming Bollywood movies and series on Netflix. We’ll keep you informed about all the fresh Netflix-only television and film releases throughout the month in the sections below and give you updates on upcoming Netflix series and upcoming Netflix movies. This might not often appear on one of my lists, but it actually looks really, really amazing. It centres on a young woman who struggles to maintain employment and her magical puppy cat. This is one of the best Netflix upcoming series. 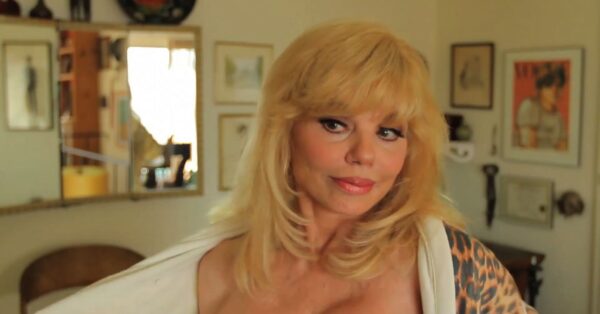 Based on the 1999 Joyce Carol Oates novel, Blonde is outrageous, NC-17 rated Madilyn Monroe biopic starring Ana de Armas (Knives Out) and directed by Andrew Dominik (The Assassination of Jesse James by the Coward Robert Ford). A glossy, surreal study of Monroe’s stardom and misfortune, it looks fantastic and fascinating. 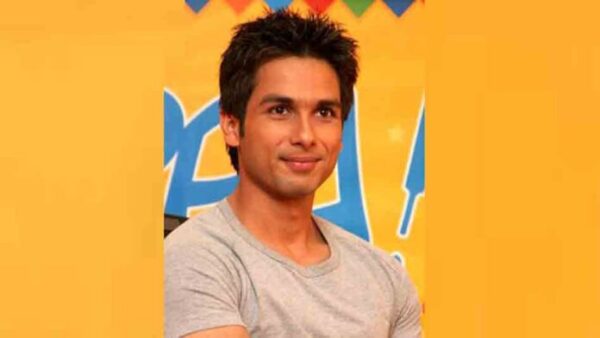 This new thriller web series will consist of 8 episodes about a cult escapee who stays with Dr Suzanne Mathis after leaving the group. Starring Emily Deschanel, Sam Jaeger, Gerardo Velasco, Madeleine Arthur, and Xaria Dotson, the series is based on the novel by Daria Polatin. 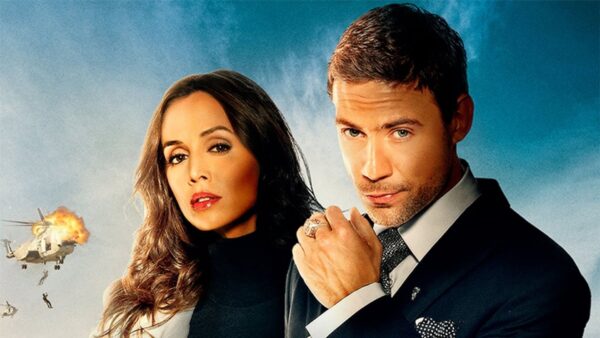 A ruthless international drug dealer whose face has never been revealed is being sought by two police officers on opposing sides of the Atlantic. 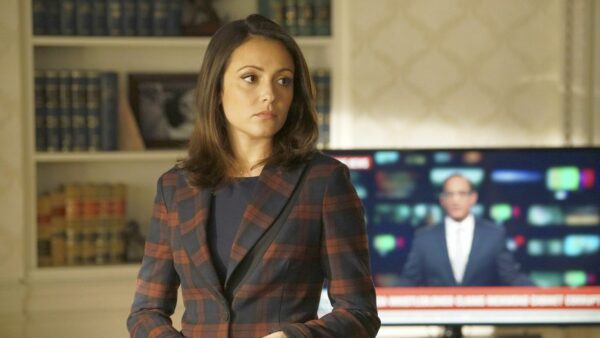 Early in September, a new LGBTQ-themed sci-fi series from Canada with Italia Ricci, Morgan Taylor Campbell, and Rhianna will premiere. In the series, three friends undergo an experiment that gives them monstrous abilities, and they search for the perpetrator and a cure. Marriage and business are a natural fit for Ray and Eilyn Jimenez as their respective interior design businesses renovate homes for affluent Miami clients. 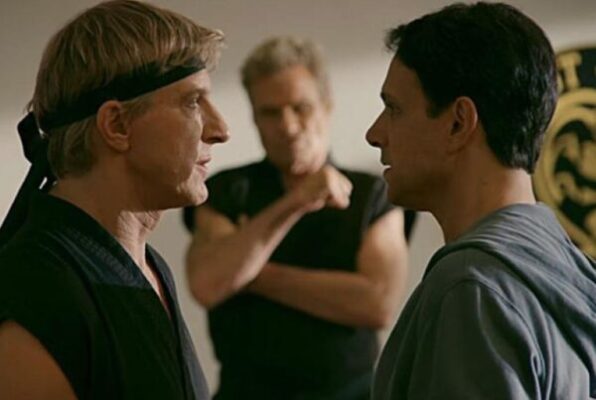 Cobra Kai has been releasing new seasons frequently, and this year’s fifth season. The Karate Kid spin-off series, which debuted on YouTube in the first place, will be available even sooner. John Kreese is in jail this season after his former partner betrayed him. Unlikely alliances and fierce rivalry will continue in the upcoming season. 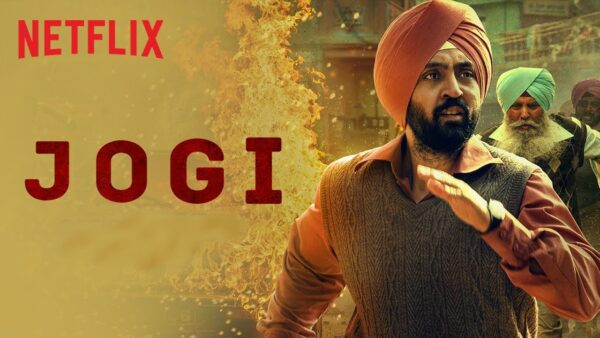 Set in Delhi in 1984, “Jogi” tells the tale of a tenacious friendship and bravery in the face of difficulty. The movie is an exciting, sentimental adventure about the tenacity of three bonded friends. 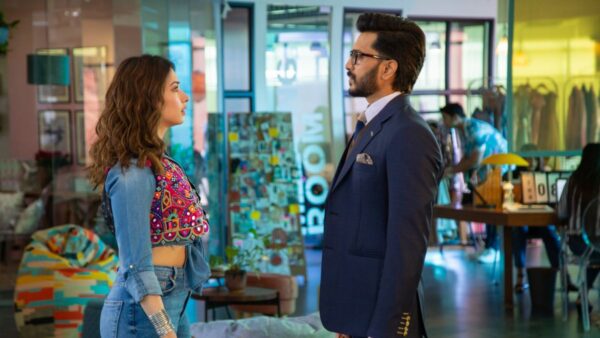 The plot of the film centres on a matchmaker (Tamannaah Bhatia), who thinks marriage is for everyone but herself, and a prosperous but pessimistic divorce lawyer (Riteish Deshmukh).

When she moves into the lawyer’s office next to her, things take a peculiar turn. Their intense argument gradually transforms into complex feelings of attraction.

Shashanka Ghosh is in charge of directing the romantic comedy, which was written by Rajat Arora and produced by Trilok Malhotra and K.R. Harish. The date set for its debut is September 30, 2022. 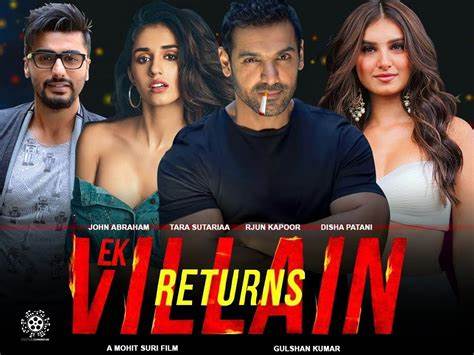 A follow-up to Mohit Suri’s 2014 film Ek Villain, which starred Siddharth Malhotra and Shraddha Kapoor, is titled “Ek Villain Returns.” The Mohit Suri-directed, Balaji Telefilms-produced, and T-Series-written Hindi movies were screened in theatres. The story begins in Ek Villain, where Rakesh Mahadkar, a serial killer and murderer of 18 females, lost his wife for killing another woman eight years prior. Guru took in his son Manish as his own. But in Mumbai, another serial killer was born after 8 years.

Have the weekends gone back to being shut away from the world, cooped inside your room? Don't sweat...
News