John Abraham Best Movies That Are A Must Watch 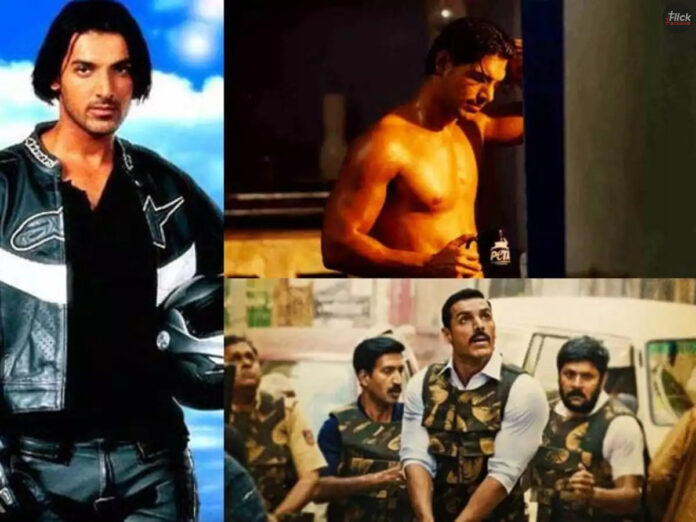 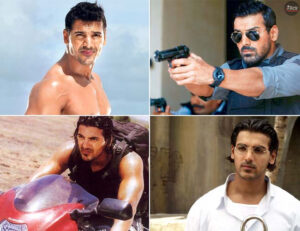 Here are some of the John Abraham best movies that fans still find interesting to watch. This list will bring back great memories of his finest works that you enjoyed very much.

How can we forget to mention this movie in the list which introduced our youth to sports bikes? For many people, Hayabusa is still a dream bike and we still see them running on the streets. This movie is one of the best money heist films of the Bollywood industry.

This film is all about pulling some incredible heists on superbikes. You can witness high-speed chases, spectacular camera work, and enthralling direction. When the gang is on its way to more heists in Mumbai city, a brave cop Jai Dixit (Abhishek Bachchan) enters the scene to capture them.

Without any doubt, Madras Café is one of the best works of the director, Shoojit Sircar. The film majorly focuses on the plotting of India’s Prime Minister Rajiv Gandhi’s assassination. In the film, you will be seeing John Abraham playing the role of Vikram Singh, an Indian army officer appointed by R.A.W to execute a covert mission in Jaffna (Sri Lanka).

There is a high possibility that you might feel a little out of place if you are not aware of the Sri Lankan civil war of the 1980s. but don’t worry, Shoojit Sircar has beautifully clipped all the loose ends for the audience. 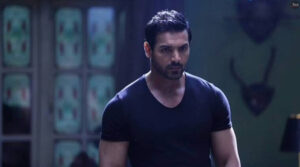 If you want to see the best actions of John Abraham then we fully recommend you to watch this movie. An ex-military officer, Kabir, who runs a pawn shop in Goa becomes friends with his little eight-year-old neighbor Naomi.

Naomi’s mother is a drug addict who manages to steal high-grade drugs from the biggest drug dealer in Goa. Unfortunately, she lost of her life to those mafia people and they abduct Naomi in exchange for the package. Kabir goes on a vengeful spree to free Naomi and get her back.

Many people aren’t aware of this iconic film by John Abraham. In this film, John plays the role of “K” who is a chain smoker since childhood. One day, he gets to know about a prayogshala that helps smokers to quit their smoking habit.

Later he meets Guruji (Paresh Rawal) who makes him sign an Rs. 21 lakh cheque and warns him that if he ever smokes again, he and his family will suffer the consequences. Anurag Kashyap is the director who wants to convey a message that how our body reacts to addictions. Also, smoking is a bad habit and we must realize that any kind of addiction is wrong. 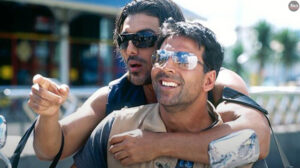 Apart from action movies, John has also played roles in comedy films too. Garam Masala is one film that can make you laugh constantly. The story of the film revolves around two characters, Mac (Akshay Kumar) and Shyam (John Abraham).

Working together for a magazine company doesn’t mean they like each other. But one day, Mac’s luck shines out of nowhere and finds a massive apartment to live in without paying any rent. The story comes with a twist when Mac starts dating three air hostesses despite having already been engaged to a woman.

The couple plans his murder and manages to flee from the crime scene making it look like an accident. Later, Kabir realizes that Sonia was after her husband’s money and property and she used Kabir for this conspiracy. Kabir knows that he made wrong choices in his life and they are irreversible.

Also Read: – From Ishaqzaade to Saina: Parineeti Chopra&#8217;s Journey as an Actress

Who doesn’t like to watch patriotic films filled with action and suspense? Satyameva Jayate deserves a higher spot in John Abraham best movies list as it managed to hook the audience till the end. The John Abraham movie tells the fans a story of two brothers who walk on different paths.

One of the brothers is a well-reputed police officer named Shivansh (Manoj Bajpayee) who operates and serves his duty within the limits of laws. But Shivansh’s brother Veer (John Abraham) is the total opposite of his elder brother. He believes to bring justice to this nation on his own terms.

Did you know that the Bollywood actors have started to charge a handsome amount of salaries which is...