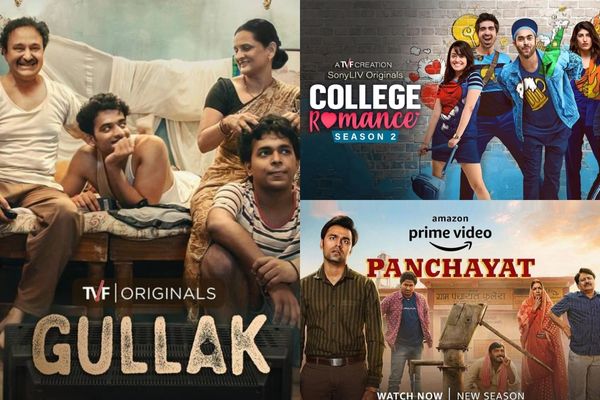 Comedy Web Series in Hindi hits differently from comedy shows in English. We all know that listening to hilarious jokes and watching funny, sarcastic remarks made by actors in Hindi is much funnier than watching the same type of comedy in any other language. Over the past few years, OTT services like SonyLIV, ZEE5, and Amazon Prime Video have made available some of the best comedy web series to us. Here we have listed a few must-watch Indian comedy web series.

Best Comedy Web Series in Hindi to Watch in 2022: Without a speck of doubt, Panchayat is currently the best comedy web series in Hindi to watch online. The hilarious Indian show is streaming on Amazon Prime Video. It has already been adapted for two seasons, and a third season is on the way. Jitendra Kumar, Chandan Roy, Raghubir Yadav and Neena Gupta play the main roles in this series. The series is directed by Deepak Kumar Mishra. Panchayat follows an MBA graduate who somehow ends up working for a panchayat in a remote village. The show makes hilarious commentary on Indian society’s functioning.

Chacha Vidhayak Hai Humare is another Amazon Prime Video original that will make you laugh out loud. The show, headed by the famous comedian Zakir Khan is one of the most heartwarming Indian comedy web series available online. The hilarious show is directed by Vikas Chandra. It follows a 26-year-old guy who has convinced people around him that his uncle is an MLA, but in reality, he is just a jobless guy who seeks validation and praise from others.

Comicstaan can be described as the modern version of Laughter Challenge India. The show streaming on Amazon Prime Video brings a set of budding comedians to the stage. These comedians battle each other with comic presentations in front of judges like Zakir Khan and Kenny Sebastian. You will definitely find at least one comedian who is up to your taste in this hilarious show. The third season of this Indian comedy web series was recently released on Amazon Prime Video.

Permanent Roommates created by TVF is streaming online on SonyLIV and ZEE5. One of the best comedy web series in Hindi about relationships and love problems to come out in recent times. The show is directed by Sameer Saxena and Deepak Kumar Mishra. It stars Sumit Vyas and Nidhi Singh in lead roles. The Indian comedy web series follows a couple who has been in a long-distance relationship for 3 years. The world is turned upside down with the prospect of marriage. Easily one of the best comedy web series in Hindi to produce a ton of laugh-out moments. College Romance follows three friends who are trying to manage their love, relationship and student life while attending college. Gagan Arora has delivered a great performance in the series. Apoorva Arora, Manjot Singh, Keshav Sadhna and Shreya Mehta are also brilliant in their respective roles. The show available to stream on SonyLIV is created by The Timeliners.

Engineering Girls star Kritika Avasthi, Barkha Singh and Sejal Kumar in lead roles. It is streaming online on ZEE5 in 2022. The Indian comedy web series follows three female engineering aspirants who manage their love and relationships while working hard to achieve their dreams. Women who are trying to make a career while shouldering a lot of responsibility on their shoulders will relate to this series.

Inmates, created by TVF, is one of the best comedy web series in Hindi, streaming on ZEE5 in August 2022. The follows five friends in their twenties. These friends share an apartment. Their hilarious wrangling over trivial issues will make you giggle out loud. It may also remind you of your college friends if you are past that age. The show stars Mukti Mohan, Ashish Verma and Akakansha Thakur in prominent roles.

Bhabi Ji Ghar Par Hai is a hit ZEE5 comedy web series in Hindi that the viewers have loved for a long amount of time. The show has cheesy Hindi comedy that will remind you of OG Hindi comedy movies. The show stars Rohitash Gaud, Aasif Sheikh, Saumya Tandon and Shubhangi Atre in lead roles. The hilarious series follows two neighbours who are trying to impress each other’s wives. 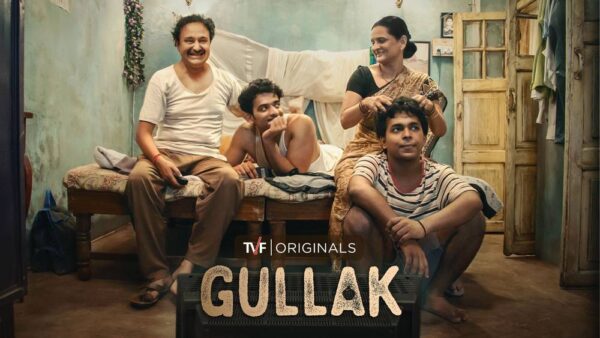 Gullak is available to stream on SonyLIV in 2022. This is also one of the best Indian comedy web series created by TVF. Gullak stars Vaibhav Raj Gupta, Jameel Khan, Harsh Mayar and Geetanjali Kulkarni in lead roles. The show follows the Mishra family and brings to the front their relatable, funny stories. Once you start this show, you will become addicted to it.

Last but not least on the list of best comedy web series in Hindi is Girls Hostel, which you can watch on SonyLIV. It is also created by TVF. The show stars Ahsaas Channa, Parul Gulati and Srishti Shrivastava in lead roles. Girls Hostel tells the story of four girls who obviously live in a girls’ hostel. Watch their funny banter and more in this series.

Previous articleWhat to Watch on Netflix, Prime Video, Hotstar, SonyLIV, Zee5 in August 2022
Next articleSome Interesting Facts You May Not Know about Jitendra Kumar
Virat Verma

Movies and shows on various OTT platforms such as Netflix, Amazon Prime Video, Hotstar, ZEE5 and more have...
Trending

Looking for good Marathi web series to watch online but finding it difficult to arrive at a decision...