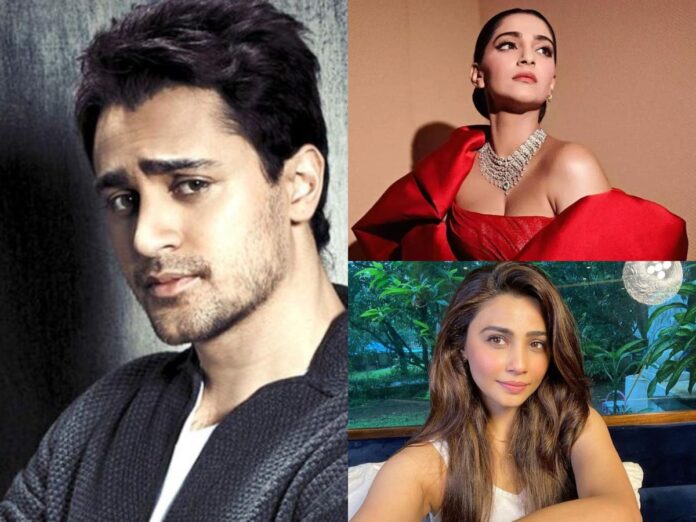 While Bollywood has seen many big superstars like Shah Rukh Khan, Amitabh Bachchan, Salman Khan, Dev Anand, Hrithik Roshan, Akshay Kumar and many more throughout its rich history; there were many actors who failed to make a mark despite being given many chances. Imran Khan and Arbaaz Khan are one of the biggest flop actors of Bollywood who failed to leave a mark in the industry despite being given many chances. There are several others like them who have not shined despite being favoured in the Hindi film industry due to nepotism. Here we have listed some of the worst Bollywood actors who did not live up to their names and expectations.

The nephew of Aamir Khan, Imran Khan is the biggest flop actor in Bollywood of all time. He quit the Bollywood film industry after repeatedly failing to get recognition as one of the top actors in Bollywood. His movies like Luck, Katti Batti, and Once Upon a Time in Mumbai Dobara were all big flops at the box office. He failed to live up to the expectation that Indian fans had for him.

Brother of big Bollywood superstar Salman Khan and the son of famous writer Saleem Khan, Arbaaz Khan is one of the biggest flop actors of Bollywood. His acting acumen is probably the worst among Khans in Indian cinema. No matter which movie he did he failed to deliver a performance which will make him a memorable persona. Now, he has shifted to producing movies which suit him better as he was a bad actor by all means.

Arjun Kapoor is the son of Bollywood’s one of the biggest directors and producers Boney Kapoor. He has acted in several Bollywood films till now but has been labelled as a big overactor by the fans of Hindi cinema. Many claims that he has been handed movies as he belongs to the film industry otherwise he has no talent. His flop movies include Ek Villain Returns, Half Girlfriend, Ki and Ka and many more.

Anil Kapoor’s daughter Sonam Kapoor debuted with the Sanjay Leela Bhansali film Sawariya in Bollywood and people had high expectations for her. However, now Sonam Kappor has turned into one of the biggest flop actors of Bollywood after giving back-to-back flop movies. She has starred in many box office disasters like Khoobsurat, Prem Ratan Dhan Payo, The Zoya Factor and many more.

Son of Bollywood filmmaker Yash Chopra, Uday Chopra is also amongst the biggest flop actors of Bollywood of all time. He is only known for playing Ali in the Dhoom franchise. Other than that he has failed to shine as the lead in many films that he has been handed in his career. His list of flop Bollywood movies includes Dil Bole Hadippa, Pyaar Impossible and many more.

Bhagnani has turned into a producer after realizing that he is not acting material. His films were all box office disasters and his career in acting ended as soon as it started. He is definitely one of the biggest flop actors of Bollywood who only got movies due to nepotism and favouritism. His flop movies include Carbon, Mitron and Mohini.

Brother of Ekta Kapoor and son of the legendary Indian actor Jitendra, Tusshar Kapoor is also one of the biggest flop actors of Bollywood. He was given many films in his career but he failed to leave a mark. He is now known only for portraying a dumb character in the Golmaal franchise. Other than that he has no achievement in his film career worth mentioning.

Another Bollywood actor who managed to enter the film industry as an actor only because his father and mother are producers, Harman Baweja is someone that you can’t imagine as a big star even if you wanted to. He does not have the charisma and persona that is needed for a successful actor. Despite that, he tried his best in movies and failed miserably. He is certainly one of the biggest Bollywood flop actors.

Faisal Khan, the brother of veteran Bollywood actor Aamir Khan is one of those personalities who failed to make it big in the industry due to his personal problems. He played a fine character in Mela film but was forgotten soon after his failures in the few following movies. He is one of the most unfortunate flop actors of Bollywood.

Last but not least on the list of flop actors of Bollywood is Daisy Shah who was introduced in the film industry by Salman Khan. Her film career started with a big flop from which she could never emerge. She is now forgotten by the Indian audiences and we don’t see a big role landing in her plan anytime soon.

It's not like the movies lacked big names or spectacles. Large-scale thrillers have struggled to make money at...