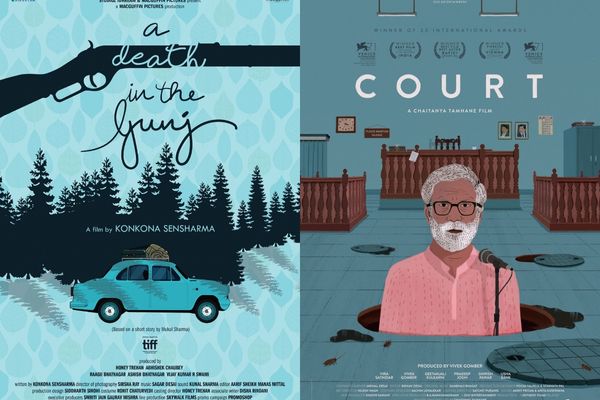 Bollywood has produced countless movies, but only a few of them have been successful in popular culture. A film with a big budget and actors with stardom is a sure-shot recipe for success at the box office. Often the filmmakers use superstars to drive their movies with little or no plot. However, the Hindi film industry is also filled with artists who are making critically appraised Bollywood Indie movies without much support from big production houses. Filmmakers like Neeraj Ghaywan, Alankrita Shrivastava and Ritesh Batra are doing an excellent job as the directors of underrated Bollywood Indie films. They are telling stories that people would love to watch if they come across them. Today we have listed a few Best Bollywood Indie movies that you need to watch as soon as possible. 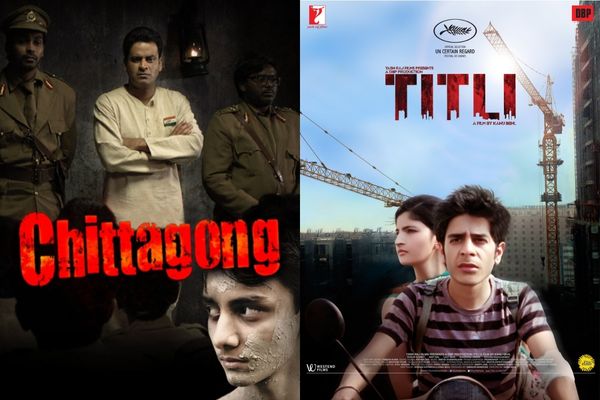 Here are the 10 Best Bollywood Indie Films You Should Watch This Week:

Soni is a low-budget crime drama that remains underrated despite its compelling characters and storyline. The movie, directed by Ivan Ayr, tells the story of a female police officer in Delhi who is working day and night to stop the violent crimes against women in the capital state. However, she suffers professional and personal setbacks which derail her efforts. It stars Geetika Vidya Ohlyan and Saloni Batra in lead roles. The stellar performances and the plot makes Soni one of the best Bollywood Indie films to watch this week.

Hotel Salvation, directed by Shubhashish Bhutiani, is an underrated drama that will make you feel the depth of various human emotions. It stars Lalit Behl, Adil Hussain and Geetanjali Kulkarni in pivotal roles. The movie follows a father and son duo who arrives in Varanasi to experience the peace of ghats. However, the father finds companionship with a widow while the son is left in a state of confusion. It is a beautiful Indian Indie film that you should definitely watch.

Tu Hai Mera Sunday is directed by Milind Dhaimade, who has told a beautiful feel-good story through this budget-constrained Bollywood Indie movie. It stars Rasika Dugal, Barun Sobti, Nakul Bhalla, Shahana Goswami, Vishal Malhotra and Manvi Gagroo in prominent roles. The film follows five friends who find it hard to find a place to play football when a local politician bans playing sports on the beach.

Bollywood actress Konkona Sen Sharma has served as the director of this underrated Indie film. It stars Vikrant Massey, Tillotama Shome, Ranvir Shorey, Om Puri and Jim Sarbh in the main roles. Death in the Gunj is a thriller that follows a shy and sensitive university student who realises that there is a price to pay for gentleness when he goes on a vacation with his relatives.

Nagesh Kukunoor has directed Dhanak, which stars Krrish Chhabria, Hetal Gada, Chet Dixon, Vipin Sharma and Rajiv Laxman in pivotal roles. This Hindi Indie film will leave you with bittersweet feelings at the end. The movie tells the story of a girl who takes her visually impaired brother to the sets of a Shah Rukh Khan movie when she comes across a poster in which the Bollywood actor was promoting eye donation.

Court is truly a masterpiece among the Bollywood Indie films. It is directed by Chaitanya Tamhane and stars Vivek Gomber, Vira Sathidar, Pradeep Joshi and Geetanjali Kulkarni in lead roles. The movie has a unique plot which may sound absurd to you. However, the story engulfs you with its unique narrative and captivating performances. It follows a folk singer who is summoned to court when a sewer worker commits suicide after allegedly listening to his socially charged songs.

Titli directed by Kanu Behl is a criminally underrated Bollywood Indie film. The film stars Shivani Raghuvanshi, Shashank Arora, Amit Sial and Lalit Behl in pivotal roles. The movie follows a guy named Titli who wants to abandon his gangster family and live life as peaceful law abiding citizen. His family gets him married to a girl who unexpectedly becomes his confidant. It’s a nice movie which will keep you engaged.

Chittagong is a historical drama that was made on a budget of just Rs 4.5 crore. The film stars Rajkummar Rao, Manoj Bajpayee and Nazwauddin Siddiqui in lead roles. All three of these actors have now found success in Bollywood. However, when Chittagong was released, they were not known by many. The film follows a youngster in British Bangladesh who is determined to know where he belongs.

Iqbal starring the underrated Bollywood actor Shreyas Talpade and Naseeruddin Shah, is not just one of the best Bollywood Indies films. In fact, the movie is a great sports film that shows how a good story can easily overpower the budget and other constraints. The film, directed by Nagesh Kukunoor, tells a heart-touching story of a boy who wants to become a fast bowler for the Indian cricket team despite being unable to talk.

Last but not least on the list is Black Friday, a movie that became a hot topic of discussion when it was released. The film, directed by Anurag Kashyap, is set after the Mumbai bomb blasts in 1993. It shows how the police enforcement went against a ton of criminals to finally find the names of the culprit responsible for the bomb blasts. The highly controversial Indie film starred Kay Kay Menon, Aditya Srivastava, Pavan Malhotra, Aliya Curmally and Dibyendu Bhattacharya in prominent roles.

Previous article
Laal Singh Chaddha OTT Platform, Release Date, Where to Watch, TV Rights and More
Next article
10 Bollywood Movies that will Awaken the Traveller in You
Virat Verma

Amid India-China Border clashes, there is a sudden rush of boycotting Chinese products, apps, etc. in the Indian...