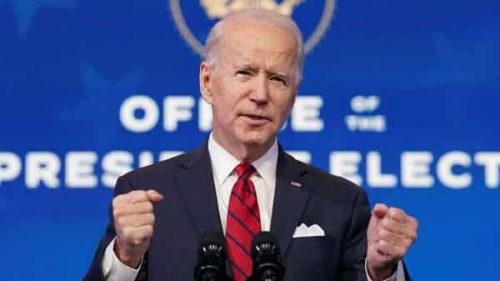 Joe Biden, the 46th President of the United States, sent an immigration reform bill to Congress that promises for an eight-year path to citizenship for undocumented immigrants, deliver aid to Central America, and strengthen border security with new screening technologies.

This bill is being referred to as the US Citizenship Act 2021 which will modernize the last adopted immigration system and will also represent the most extensive immigration reform package that had passed since 1986.


Joe Biden promises that the coming era will be more welcoming for immigrants in the US, and this statement of the new President marks a symbolic break with the immigrant’s restriction policies that were imposed by Donald Trump under his rule for the last four years.

This brings relief for hundreds and thousands of Indian IT professionals, who have been struggling for more than a decade for legal permanent residency in the US. 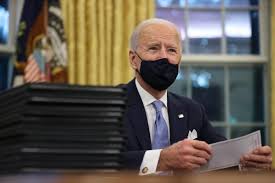 Some of the provisions of the bill are as follows:

The focal point of the bill is to allow undocumented immigrants to obtain legal status and citizenship.

To gain citizenship the immigrants would have to be present in the US on or before January 1, 2021, unless they are told not to obey those rules under humanitarian grounds.


Though, they will obtain a work permit and can travel abroad with the assurance of getting permission to re-enter. Their profile will be verified if they will apply for a green card as they can apply after five years and if they pass background checks and pay taxes regularly on time then they won’t face problems in getting their green card. Immigrants who fall under the category of Deferred Action for Childhood Arrivals program and Temporary Protected Status, as well as farmers, can apply for a green card immediately.

And, after spending three years in the US with their respective green pass and passing additional background tests will legally allow them to apply for US citizenship.

Prohibits discrimination based on religion

‘No Ban Act’ is also included in the bill and it is a part of this newly formed bill that prohibits discrimination based on religion and limits the authority of the President to issue future bans.


According to a report, many highly-skilled Indian IT professionals come to the US mainly on H-1B work visa, and they are the ones who are suffering the most during the current immigration system which imposes a seven percent per country quota on allotment of the coveted green card or permanent legal residency

Previous article
Ban on Trump’s Facebook and Instagram Accounts Extended Further
Next article
Jeff Bezos Decided to Step Down as CEO: Andy Jassy to be The Next Successor
Flickonclick

According to the current announcement made by the Power Ministry of India in light of the protection of...
World News

President of the United States (US) Donald Trump has, for the time being, imposed a halt on a...
News

It has been almost 10 months since all the educational institutions have been shut down after the pandemic...
World News

Prices of Gold and Silver rose on July 30, as hopes of fresh policy easing measures from various...
News

The University Grants Commission (UGC) has now announced final guidelines regarding admission and class schedule for the freshers/first-year...
News

For the first time this year, physical gold sold at a premium in India this week even as...