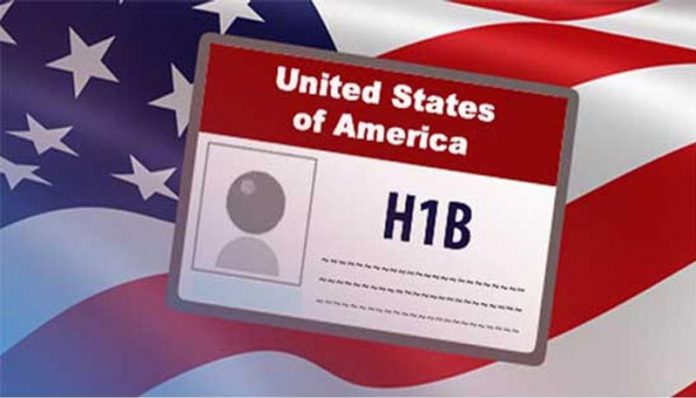 In a move that could help Indian IT professionals and those working in the healthcare sector, rules for H-1B visa holders have been relaxed by Trump administration, allowing them to enter the United States.


The US Department of State advisory has announced that all those who have an H-1B visa will be allowed to enter the U.S if they are returning to the same jobs they had before the proclamation of the visa ban.

The advisory has also stated that any dependents on these visa holders, including spouses and children, will also be allowed to travel along with primary visa holders and can return to their foreign workplace origin.


“Travel by applicants seeking to resume ongoing employment in the United States in the same position with the same employer and visa classification,” the state department advisory said.

Back in June 2020, the U.S President Donald Trump banned the entry of workers in several key non-immigrant visa categories, including the H-1B, arguing that they eat into American jobs during the COVID-19 pandemic.

Contrary to his earlier proclamation, President Trump has now allowed the re-entry of technical specialists, senior-level managers, and other workers who hold H-1B visas for their travel.


The administration has notified the fact that the presence of such human resources is necessary to facilitate the immediate and continued economic recovery of the United States.

Importantly, the administration has also allowed the travel of all the H-1B visa holders who are working as public health or healthcare professional or researchers who were exempted from travel on July 22.

This message will cover all those who can alleviate the effects of the Covid-19 pandemic, or conduct ongoing medical research in an area with a substantial public health benefit.


To assess any further inconvenience, the Trump government has added five major points to allow H-1B visas to be issued. Out of these five, it has been made mandatory that at least two of the five indicators are met.

“Travel supported by a request from a US government agency or entity to meet critical US foreign policy objectives or to satisfy treaty or contractual obligations,” the advisory concluded.


ALSO READ: No Phase 2 Trade Deal Between US and China, President Trump

From Sunday, the 8th of August, 2021, India has officially been moved from the ‘red’ list to the...
World News

From Sunday, the 8th of August, 2021, India has officially been moved from the ‘red’ list to the...
World News

Royal well-being is one of the most exquisite livelihoods that crave people's attention. Besides the material wealth and...
World News

The US elections have been concluded and the winner is out now, being the new president of the...