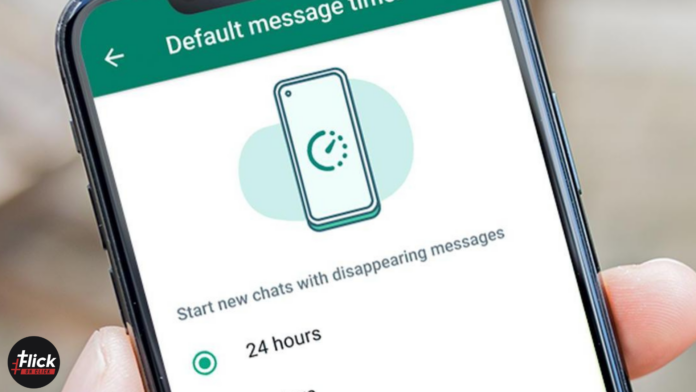 WhatsApp is one of the most active platforms users use, apart from Instagram and Twitter. The users who use WhatsApp already might know about the existing disappearing messages feature.

Once enabled, it automatically deletes all the messages on the platform after seven days. But did you ever think that someday this feature of deleting messages might give you options on when you would like to delete them?

Meta CEO Mark Zuckerberg, on 7 December 2021, launched a post on Facebook for WhatsApp users all across the world. He explained that now, you can customize the deletion of the disappearing messages.

Now the users will have control over this feature. WhatsApp will now allow users to automatically turn on the disappearing messages feature for all the new chats.

The users can set the duration when they want their messages deleted.

WhatsApp has declared that turning on disappearing messages by default for new chats won’t affect the previous conversations. When a person turns on the feature, WhatsApp will notify them that the quality is being turned on by default. 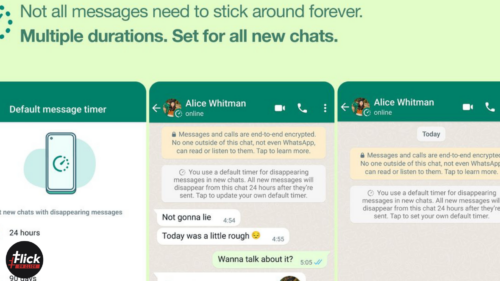 What Are The Allowed Customized Timings For Activating The Disappearing Messages Feature?

Earlier, when the users used this feature, the chats would automatically be deleted after seven days. But now, the users can set the duration for either 24 hours or 90 days.

The option of 7 days will still be there. If users want their chats to be permanent, they can remove the disappear feature from the chat. But once the feature is set with the time duration, the messages will automatically be deleted in the future too.

Can We Set The Disappearing Messages As Default Option?

Yes! Surprisingly this option is also present in this update, and one can set this feature for all incoming messages with the specified timings for deletion of new messages. This would help users keep their storage clean from all the useless Whatsapp Data (Usually files and text we do not review again ever).

Also, if you want to remove a specific contact and set their messages to a normal setting, you can place an exception using the Whatsapp Disappearing messages settings.

Which is somewhat a special feature included with the update. While releasing the updates, this kind of sophistication can be expected from Whatsapp since it takes a lot of time to test its updates and features.

Will This Feature Effect Whatsapp Groups As Well?

The new feature does not affect the messages of a group. But users will be provided with the same option of enabling this feature while making a new group on the platform. The same feature will also be available on other social media.

But there are special permissions in group admin, which can enable or disable disappearing messages for the group at their own will, which is not allowed for the joining members.

For more information, you can read the instructions available on WhatsApp’s FAQ page. We’ll be back with more soon. Till then you can tell us if you like the news.

Whatsapp is seemingly attached to our lives and its the main source of communication for many, it even...
Technology

Want to get away of that irritating WhatsApp mate who sends you good morning texts, and irritating messages,...
News

Multi-device login is one of the features that has been waited for a long, long time, and it...
News

WhatsApp is bringing a variety of new highlights and features in its platform; so as to not only...
World News

WhatsApp, Instagram, and Facebook went under a huge wave of outage in India and worldwide on Friday night....
Technology

If you're a Jio user then you'll have the option to recharge jio number be it prepaid or...