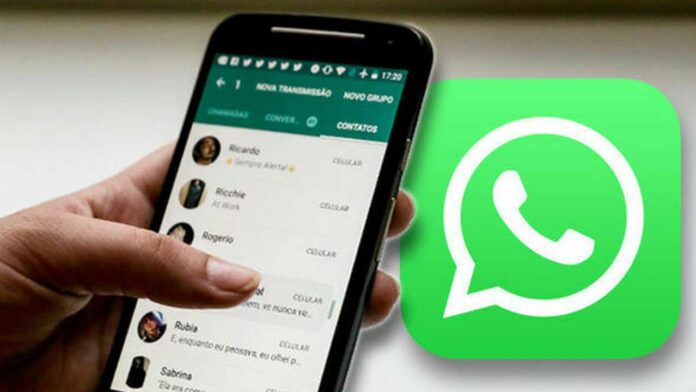 One of the most frequently anticipated features of the world’s most popular instant messaging app was the option to alter messages after they were sent.  Earlier, the WhatsApp update permitted users to erase messages, which sparked considerable controversy about the app’s utility.

Earlier, WhatsApp permitted users to erase messages, which sparked considerable controversy about the app’s utility. Editing, on the other hand, allows you to simply edit the message, particularly if it was lengthy and only one item needed to be changed.  Telegram, another messaging program, was faster than WhatsApp in including this capability for their chats.

When will this new text editing WhatsApp update be available?

WhatsApp is developing a slew of new features. Recently, the messaging software was observed testing three critical features: the Undo button, the option to modify text messages, and the second verification tool. The features are presently being evaluated, and none have been included in the final version. Surprisingly, Apple outdid WhatsApp by introducing the ability to modify texts in iMessage. The functionality was revealed about the same time that WhatsApp was seen working on it.

Wabetainfo, which monitors all WhatsApp-related activities, revealed that WhatsApp may soon allow users to edit messages after they have been sent. An Undo option is also being developed. Aside from that, WhatsApp was developing a double verification functionality.

As per the new recent report, we could expect this new WhatsApp update before the end of 2022. Hence, WhatsApp didn’t announce/revealed any dates for the upcoming update. We can expect this new feature very soon in this winter season.

WhatsApp is developing an edit button that will allow users to change their text messages after they have sent them. The current configuration only allows users to remove previously delivered messages; there is no opportunity to amend them. WhatsApp began developing the function five years ago but abandoned it shortly after it was revealed on Twitter.

However, after a five-year break, WhatsApp has decided to restart the development of the edit feature. Wabetainfo has given a screenshot of the currently being created edit feature. When you choose a previously sent message, the snapshot provides a separate edit feature.

Users will be able to edit their messages in addition to copying and forwarding them. You can fix any typos or spelling errors in your text even after you’ve sent it by using the edit option. The current configuration only enables users to delete messages. It cannot be unsent or edited.

WhatsApp is also working on an Undo button. This WhatsApp update will be helpful if you want to recover a deleted communication by selecting the delete for me option. Occasionally you mistakenly hit the Delete for me button rather than the Delete for everyone option. The undo button will allow you to alter your mistakes, but only within a specific time range.

WhatsApp is also developing a double verification function to improve security. When attempting to enter their WhatsApp account from another smartphone, users will be subjected to a secondary verification process.

WhatsApp will prompt you for an extra security pin, which will be delivered to your registered cell phone number. Users are currently asked to enter only one 6-digit confirmation code, which they get on their registered phone number. The double verification feature will notify users if their profile is being accessed from another location.

WhatsApp is also working on a variety of upgrades, including a larger chat group, limiting pictures on the “View Once” feature, sharing files with captions, and more. Groups on WhatsApp can now have up to 1,024 members. This week, WhatsApp beta for both iOS and Android will be made available to a restricted number of beta testers.

WhatsApp has also begun testing a new tool for Android users that will allow them to transmit documents with captions. This new feature should be available to all users soon.

WhatsApp is providing screenshot filtering for view-once pictures and videos to select beta testers. The feature is available to some beta participants who install the most current beta from the Google Playstore.

WhatsApp Premium, a membership service for all businesses, is also being developed by the corporation. It is an optional plan that consumers can unsubscribe from at any moment. This functionality is unlikely to be available for ordinary accounts.

Read More: 10 Unknown WhatsApp features you have definitely not used

Want to get away of that irritating WhatsApp mate who sends you good morning texts, and irritating messages,...
News

How to create and use whatsapp broadcast list feature? Checkout

What if we say that you can send messages to multiple people on WhatsApp without creating a group,...
Technology

Interesting news for iOS users. WhatsApp has come up with its new interface in the latest update, released...
Technology

WhatsApp's new version has been met with vocal user outrage. For the acceptance of the terms and conditions...
News

It seems that WhatsApp users are enjoying new features so far but the demand for new updates never...