Sexiest and raunchy SonyLIV web series are filled with sensationalism that is high on drama and adrenaline. The OTT platform continuously updates its library with seductive tv shows that you can only watch alone. Those who want to experience the ecstasy by drawing into hot shows will be happily surprised by the amount of sexy tv shows that SonyLIV has in its library.

Viewers will be amazed that these SonyLiv web series also have great storylines, making them the best shows on the OTT platform. SonyLIV had a blockbuster year in 2021, where web series like Scam 1992 and Chutzpah continued to attract attention for the OTT platform. However, SonyLIV has now a lot of other dramatic tv shows to offer instead of just the Harshad Mehta story.

Here is a list of the 6 Hot and Sexy Web Series on SonyLIV: 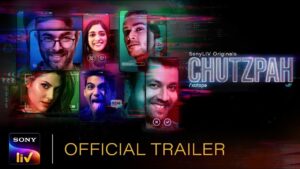 The Chutzpah web series on SonyLIV is one of the best hot and sexy shows you can stream online on an OTT platform. The series explores the wild world of the internet, where unknown people meet and form bonds that become more important than their real life. The sensual tension in the Chutzpah web series is something that you would definitely enjoy if you are looking for a show that builds up the hot scenes and drama. 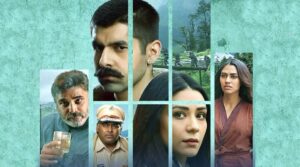 Viewers who love sexual dramas filled with thrilling hot sequences would find Undekhi an unmatchable experience on SonyLIV. The show is a huge hit and has already had two seasons on the OTT platform that you can stream when you are alone and undisturbed. It shows two aspects of general life. One aspect focuses on the power-influenced people who think they can get away with anything, while the other aspect focuses on the people who are tortured and traumatised in their lives. 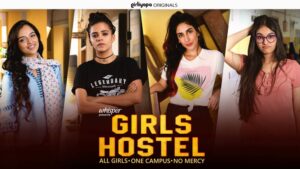 Girls Hostel is also a show with two seasons of bold, dramatic sequences on SonyLIV. The show’s story traces four females living at a girl’s hostel. They navigate their studies, relationships and political leanings in this web series while trying to find their purpose in life. The famous YouTube star Ahsaas Channa has given an unforgettable and remarkable performance in this series.

Also Read: Dr Arora Review: An Idiosyncratic Story that tells You to Hang on 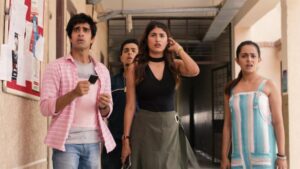 College Romance, a series which was initially released on the Timeliners YouTube channel, is now streaming on SonyLIV. This web series on SonyLIV is filled with endearing moments. Those who are in college would love to experience this show. The chemistry of the six main characters is something that has wowed the fans. Gagan Arora highly impressed people with his outing in the show. At the same time, there were some moments where Apoorva Arora enacted a few scenes that turned out to be hot and bold. Sandwiched Forevever is a web series that people adored when it debuted on SonyLIV. The series stars the always charming Kunaal Roy Kapoor in a hilarious and sweet avatar. On the other hand, Aahana Kumra has done it all, making it one of the best hot and bold web series on SonyLIV. People loved the concept and premise of the show. Zakir Hussain’s comedy is also a top reason why the SonyLIV audience found this series to be a must-watch. Scam 1992 is perhaps the best web series on SonyLIV. It broke all the records when it was released and quickly became one of the shows that people of all ages loved and admired. Pratik Gandhi became a star overnight, and Shreya Dhanwanthary established her position among the highest-paid OTT actresses in India. You must be wondering why it is on the list of hot and bold web series on SonyLIV. The series has a high level of thrill and drama that you would have expected from a sexy tv show. It is a must-watch for people who have a subscription to SonyLIV.