6 Movies Like Thor: Love and Thunder to Watch on OTT Platforms 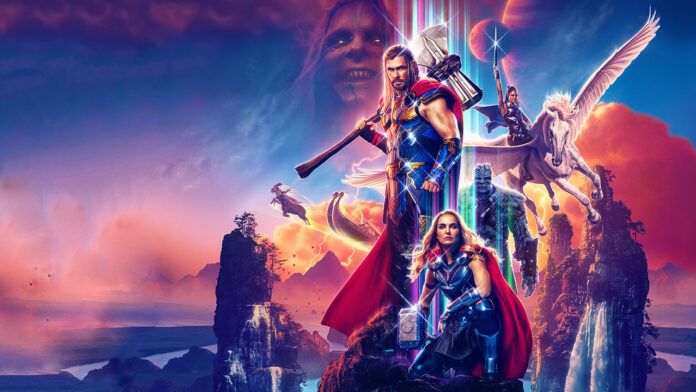 Thor: Love and Thunder brought back our favourite Chris Hemsworth as the Norse God. The movie also featured Jane Natalie Portman and Christian Bale in significant roles. It is an action-packed superhero comedy that is now running in the theatres. Those who love Thor would definitely have watched the movie by now. However, even then, the quench of watching your favourite superhero on the screen is something that can’t be satisfied. You must be searching for movies like Thor: Love and Thunder to experience the same level of thrill and adventure that you had while watching the latest Thor flick. 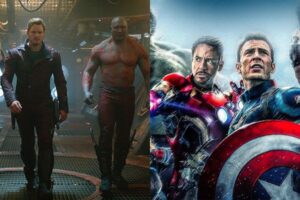 The original Thor movie is a must-match for the people who loved Thor: Love and Thunder. Thor featured Natalie Portman as Jane Foster, the love interest of Thor in the film. The latest movie in the Thor franchise has brought back the character of Jane Foster. In fact, she has been bestowed powers similar to Thor in the latest flick.

The movie features a stellar cast of Chris Hemsworth, Natalie Portman, Anthony Hopkins, Tom Hiddleston, and Idris Elba. It was a huge hit at the time of its release. Thor, the movie follows Thor, who his father has banished from the realm of Gods. It shows Thor’s struggle to gain his powers back while facing his biggest threat in life.

Thor (2011) is available to stream on the OTT platform Disney+ Hotstar.

Thor: The Dark World is a movie that you would love if you enjoyed watching Thor: Love and Thunder. It features Chris Hemsworth, Natalie Portman, Tom Hiddleston, Jaimie Alexander and Kat Dennings in primary roles. The movie is a fun ride packed with action and adventure.

It follows Thor as he tries to save Jane Foster from the Dark Elf. Foster accidentally discovers a long-lost weapon of dark elves that were buried after the Norse God defeated them. The movie was a success at the box office, and critics hailed Chris Hemsworth and Tom Hiddleston’s performances in particular.

Thor: The Dark World (2013) is available for streaming on Disney+ Hotstar.

Thor: Ragnarok is the most successful Thor movie ever on the big screen. The movie features an ensemble cast which includes Chris Hemsworth, Mark Ruffalo, Tom Hiddleston, Cate Blanchett, Tessa Thompson, and Jeff Goldblum. It was a blockbuster at the box office, and people loved the chemistry between Hulk and Thor.

The movie follows Thor trapped in a deadly contest that has him up against his former ally, Hulk. He worries about how to save his home planet Asgard from Hela while finding a way to escape the lethal competition. The movie is often hailed as one of Marvel’s most comedic superhero films ever.

Thor: Ragnarok (2017) is available to stream on Disney+ Hotstar.

The first movie by Marvel in the Avengers franchise will always remain an iconic film that set the platform for many superhero movies, including Thor: Love and Thunder. In primary roles, the Avengers star Chris Hemsworth, Robert Downey Jr, Mark Ruffalo, Chris Evans and Scarlett Johansson. It was critically praised and did wonders at the box office.

The Avengers follow the superheroes who are brought together by Nick Fury to form the original avengers’ group when Loki, the brother of Thor, poses a threat to Earth. It is filled with great action sequences and comedy scenes that will make you wow.

Guardians of the Galaxy was a Marvel movie that came out of nowhere to become a fan favourite. The film was a massive success at the box office, leading to sequels and spinoffs. It stars Chris Pratt, Dave Bautista, Vin Diesel, Zoe Saldana, and James Gunn.

The movie follows Peter Quill, who steals an orb and forms a group of misfits to protect himself from Ronan, a powerful super villain. The stakes change when Quill realises that the orb has mysterious power which can be used to destroy the Earth. Suddenly, it’s on him and his group to save the entire Earth.

Guardians of the Galaxy (2014) is available to stream on Disney+ Hotstar.

Also Read: 6 Reasons why you should definitely watch Dr Strange 2

Last but not least on the list is the most popular Marvel movie ever, the Avengers: Endgame. It was one of the most awaited movies ever in the world. The movie features Robert Downey Jr, Chris Hemsworth, Chris Evans, Brie Larson, Jeremy Renner, Paul Rudd, Scarlett Johansson, Josh Brolin, Tom Holland, Mark Ruffalo and many other big names in the acting world.

It was created to bring a conclusion to the avengers’ storyline in Marvel. Our favourite Iron Man dies in this film while taking out Thanos. Not to forget the epic moment where Captain America used Thor’s hammer. It’s a delight for superhero movie lovers.

The library of Disney+Hotstar is likely to expand more as new movies and shows are being added that...
Talent