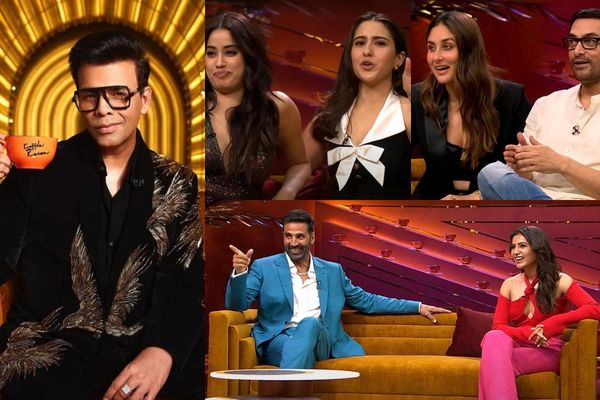 Calling Koffee with Karan season 7 “a desperate attempt to become The Graham Norton Show (a British comedy chat show)”, a fan on Reddit wrote that season 7 has been all about favouritism, shady remarks, and nepotism appreciation. Can that be trusted? Maybe. At least that’s what the most controversial moments from Koffee with Karan tell us.

Koffee with Karan season 7 guest list is insanely exciting with stars like Aamir Khan, Akshay Kumar, and Kareena Kapoor Khan featuring on the Koffee couch. But the best part about season 7 of KWK is the juicy conversations between the host and the guests.

Some gossip on the KWK show is playful. But some conversations have gone over the top. In this article, we highlight the top 5 controversial moments from Koffee with Karan season 7. 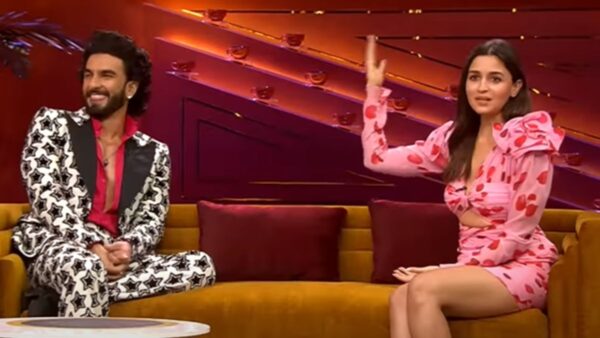 The spanking season 7 of Koffee with Karan started with Alia Bhatt and Ranveer Singh starring in episode 1. Although Ranveer Singh usually is an unabashed character, he came out to be even bolder in the first episode of KWK. In a startling revelation, Ranveer Singh said that he was replaced in Bombay Velvet by Ranbir Kapoor.

He did not stop there, when Ranveer was not declared the winner of the quiz round, he called out Karan’s “nepotism and favoring.” Ranveer can be seen saying “Kuch nahi thodi aur mehnat karni padegi.”

Although all 3 members took Ranveer’s remarks sportingly, are these remarks a telling narrative of the problematic aspects of Bollywood? 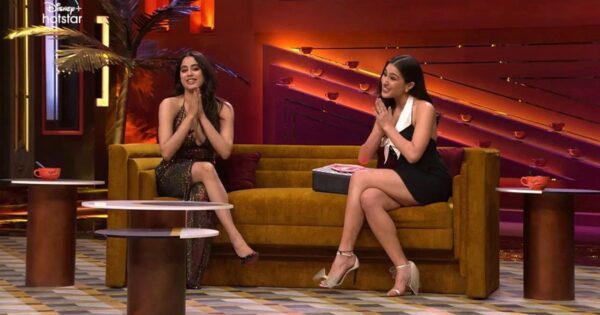 Episode 2 became particularly feisty when host Karan asked Sara if she feels FOMO about not having a protective daddy, unlike Janhvi Kapoor, who has a very preservative father. Sara responded by saying that she and Janhvi have been brought up differently. She vehemently denied any kind of FOMO creeping into her life because of the absence of protective daddy vibes.

Although Sara answered KJo’s question with grace, fans observed that KJo got a little mean to Sara by asking her questions about something so personal (even by KWK standards). According to fans, episode 3 of Koffee With Karan featuring Samantha and Akshay Kumar, has been the most entertaining episode till now. But, this episode obviously has its share of controversies. Karan talks to Akshay about how his wife Twinkle constantly roasts him. KJo complimented Akshay for always taking this with zen-like Buddhist quality. But observers on social media almost felt like KJo was trying to make Akshay Kumar believe that he was being pushed to the edges by his wife.

According to many social media fans, Akshay Kumar did not fall into the trap KJo purposefully laid out for him.

Ep 4. KJo’s over the top Questioning About Ananya’s Dating Life Ananya Pandey and Vijay Deverakonda were featured in the fourth episode of Koffee With Karan. KJo with his typical gossip-peddling attitude asked Ananya about her love interests. He could be seen almost pestering Ananya on this front. Johar can be seen asking questions like “So what’s brewing between you and Aditya Roy Kapoor?” and “Did you ever have a crush on Aaryan?.”

Although Ananya brushed off these questions, observers felt that KJo got too invasive with his questioning. They felt that this happened because Ananya is an actress. Karan never gets too nosy on love interests with the male actors. This, according to some fans, reflects the larger narrative of B-town regarding women being happy only when they are in a relationship. Episode 5 of Koffee with Karan Season 7 has not even premiered yet, and the audience is already swept off its feet with wild conversations around sex, fashion sense, and “thirsty photos on Instagram.” Koffee with Karan season 7 Episode 5 promo shows KJo asking Kareena to rate Aamir Khan’s fashion sense. To which our very own Poo replies ”Minus”. It gets even more entertaining when Aamir doesn’t hold it back either and tells Kareena to stop insulting him.

There's no doubt that Akshay Kumar's movie looks have gone on to create trends over the years. And...
Entertainment

Janhvi Kapoor broke all records of hotness when she dropped a hot video in the sexiest outfit ever...
Entertainment

Zestful and animated Ranveer Singh and the always charming Alia Bhatt turned the season opener for Koffee With...
Entertainment

Akshay Kumar was debuted to audiences as Bachchhan Paandey in the 2008 movie Tashan, and in those few...
Entertainment

Koffee With Karan 7 is getting more excited and interesting with the advent of celebrities arriving on the...