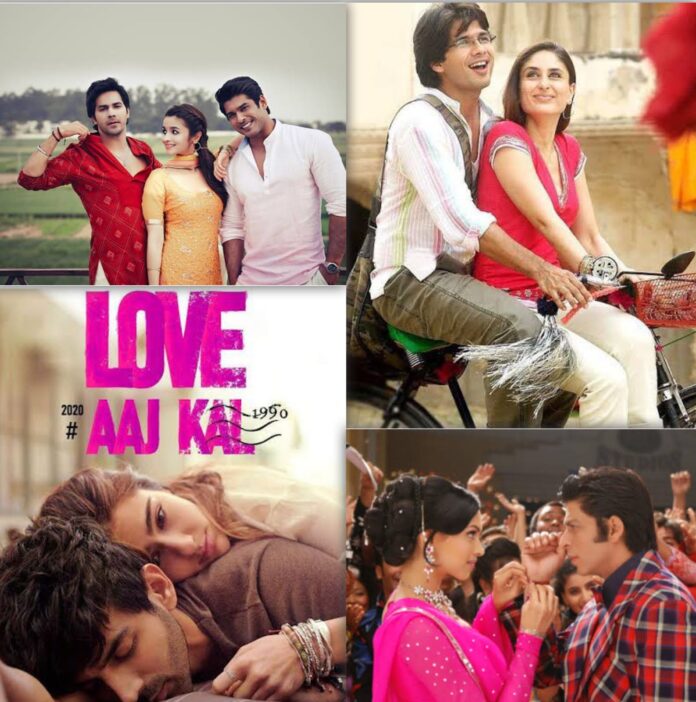 We all know how cheesy and over-the-top romantic movies can be. But there’s something about cuddling up on the sofa with your spouse, girlfriends, or even by oneself to binge-watch your favorite romantic love stories that makes you feel good.

Netflix has been pushing into original romantic material in recent years, so there are numerous fresh blockbusters and web series to check out, but there are also many true classics, award-winners, and box office smashes to be found.

As a result, we’ve compiled a list of the best romantic movies on Netflix that you can watch right now.

Here is a list of the 25 Best Romantic Movies to Watch on Netflix in 2022: 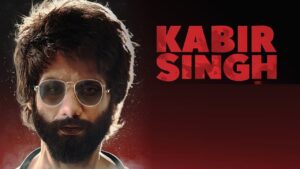 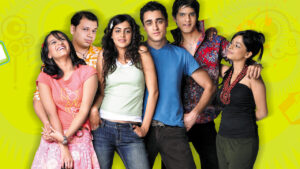 if you want to watch a modern love film for a variety of reasons, then Tamasha is one of the best romantic movies to watch on Netflix. This film is, first and primarily, about real-life ex-lovers Ranbir Kapoor and Deepika Padukone. The story revolves around Ved Vardhan Sahni (Ranbir) and follows him through three periods of his life: as a nine-year-old kid, a 19-year-old adolescent, and a 30-year-old man. Tamasha is a perfect romantic movie to watch for couples on Netflix. 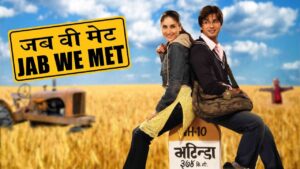 Jab We Met is precisely that: a nice, fuzzy, and unique love tale. Shahid Kapoor plays Aditya, a depressed young man nursing a wounded heart until he meets Geet, the excessively happy motormouth portrayed by Kareena Kapoor, on a Delhi-bound railway. Jab We Met ranks 4th in our list of best romantic movies on Netflix that will keep you hooked till the end. 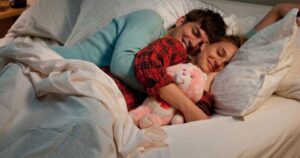 It is a 2011 American love comedic movie directed by Ivan Reitman and scripted by Elizabeth Meriwether. The film, which stars Natalie Portman and Ashton Kutcher, is around best friends who resolve to enjoy a “no strings attached” affair without becoming lovers. When Adam encounters Emma, he is looking for a casual romance after a breakup. They resolve to keep their connection exclusively physical, but when both of them fall in love, things become problematic. 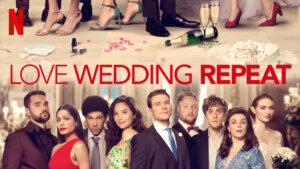 Dean Craig’s cinematic directorial premiere, Love Wedding Repeat, is a rom-com movie scripted and directed by him that was released in 2020. The sequel of the 2012 French romance comedy Plan de Table features Sam Claflin, Olivia Munn, and Eleanor Tomlinson.

Guddu (played by Kartik Aryan) and Rashmi (played by Kriti Sanon) fall in love despite being from quite different households. In a furious quarrel, Guddu dares his older brother to marry first and offers Rashmi (WOW). Rashmi chooses to live with Guddu to get to know him deeper. The challenges begin then, and the rest of the love story revolves around how they lie about their dating life until the end. 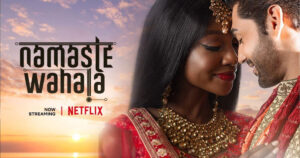 Namaste Wahala is set in Lagos and focuses on the ‘cultural’ hurdles that impede Raj, a higher caste Indian, and his Nigerian lover Didi’s romance from progressing owing to difficulties in their households. A subplot involving gender-based abuse is added to this, with lawyer Didi going against her parent’s wishes and representing a client who was physically abused by the son of one of his corporate customers. The romantic film is a traditional boy-meets-girl rom-com available to stream on Netflix. 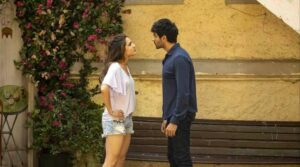 Imtiaz Ali draws you into the realm of flawed individuals, difficult events, and failed relationships, yet despite strong appearances from Sara Ali Khan and Kartik Aaryan, Love Aaj Kal is a romantic film that you should watch with your girlfriend/boyfriend on Netflix. 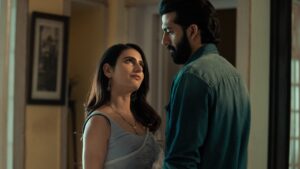 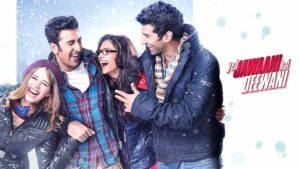 This is the narrative of two people at two distinct and pivotal points in their lives. This romantic film offers a fresh perspective on the lives of teenagers and romance. It also beautifully captures the beauty of travel, new experiences, and, of course, love. One of the best romantic movies on Netflix, Khoobsurat’s plot revolves around A hopelessly amorous doctor who meets a lovely young Rajput prince who is opposed to her. The adorable connection between Sonam Kapoor and Fawad Khan will have you in love all over again. This film has an odd appeal that will keep you interested. 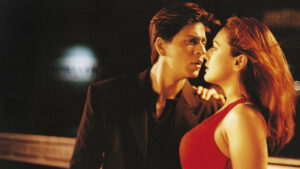 Kal Ho Na Ho is one of the best Romantic movies on Netflix that is worth watching with your lover. This film is a must-see for all SRK lovers. Everything about it is fantastic, from the actors to the narrative to the music. Rewatch this to relive the warm and fuzzy sensations. One of those films that will make you smile and weep at the same time. 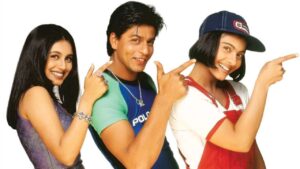 This romantic film, directed by Karan Johar, depicts the love story of three college students through time. There is familial conflict, forbidden love, an untimely death, and other elements. If you reside in India, it is nearly hard to avoid this movie. However, if you haven’t seen it yet, you can stream it now on Netflix. 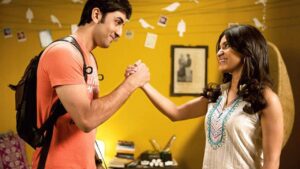 The love story depicts Siddharth Mehra, a spoiled and self-centred university student who gradually learns the purpose of life and the value of commitment from Aisha, an ambitious writer from Kolkata. It offers a refreshing change for the boy-meets-girl group and is entertaining to watch. 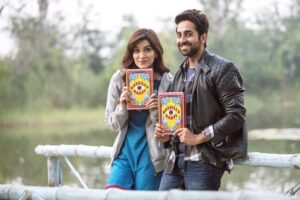 Bitti, who lives in the small village of Bareilly, is an unrestricted teenage girl who enjoys life on her grounds and rejects to be pressed into marriage. When she befriends Chirag Dubey and Pritam Vidrohi, her life changes. Bareilly Ki Barfi is one of the most endearing romantic comedies you’ll ever see on Netflix. 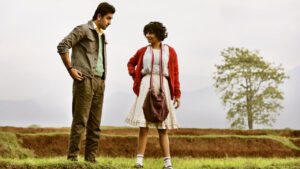 Barfi is the narrative of 3 people who come in love and how their lives alter with each choice they make. Burfi, the central protagonist, is portrayed by Ranbir Kapoor, who gives one of the finest works of his career in this film. This film will make you examine how society defines odd and regular. This film is featured on Netflix and will make you laugh, weep, and amuse you in the greatest way possible.

Fans of mysteries, confused about loved ones, and riddles should watch this Bollywood romantic thriller on Netflix. The picture, directed by Vinil Mathew, is inspired by Roald Dahl’s brief tale Lamb to the Slaughter. Despite receiving mixed reviews from critics, the film remained in Netflix’s Top 10 over several days. 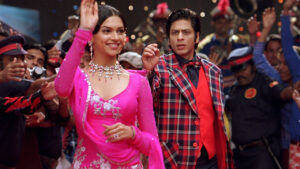 It tells the narrative of junior artists Om Prakash (Portrayed by Shah Rukh Khan) and Shanti (Portrayed by Deepika Padukone). Om is a junior artist in his early 70s. Shanti is the crowned superstar. Om aspires to be a celebrity, but an event alters his life completely. Om ends up dead in an accident but is resurrected in the present day. He tries to solve the secret of his demise. Humpty Sharma Ki Dulhania is an enjoyable film. It’s an old storyline in a new name. The Story revolves around Kavya Pratap Singh, an Ambala native, who is about to marry an NRI. When she travels to Delhi to buy her trousseau, she encounters and starts in love with Humpty Sharma, a freewheeling man. 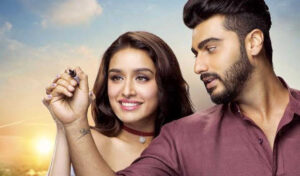 Arjun Kapoor and Shraddha Kapoor feature in Half Girlfriend, a 2017 Hindi love film. The film is modeled on Chetan Bhagat’s book with the same title. The plot centres upon Madhav, a youngster from Bihar who does not speak English fluently. He enrols in a Delhi college, where he meets Riya and offers her a relationship commitment. Riya, on the other hand, simply wishes to be friends and thinks up the notion of becoming Madhav’s half-girlfriend. 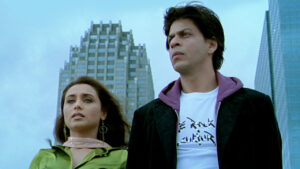 What happens if you meet your soulmate after getting married? That is the major question of filmmaker Karan Johar’s Kabhi Alvida Naa Kehna, which is available to stream on Netflix. There aren’t many choices for Shah Rukh Khan and Rani Mukherjee, who are both locked in failing marriages. 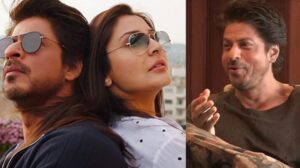 Sejal (Anushka) is about to catch her trip to India after a month-long vacation in Europe when she discovers her diamond ring has gone missing. In search of the artifact, she employs the same guided tour, Harry (Shah Rukh), and they head off to the same locations that she and her parents visited in the hopes of discovering it. The journey proves to be far more difficult. 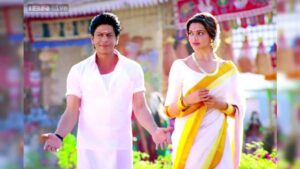 Chennai Express is a rehash of his signature style, which comprises his body of work. The film’s hero is Shah Rukh Khan, who reprises his role of Rahul in a combat avatar that has mainly remained unfamiliar to him. Deepika Padukone’s effortless film persona is a joy. Chennai Express is a must-see entertaining film that juggles romance, humor, and action throughout its running duration, you can now stream Chennai Express on Netflix.

Divya Dutta is an actor known for her impactful performances in many movies and tv shows. She started...
Offers

Netflix will remain the top choice for movie and  TV streaming because of its lack of commercials and...