Sanya Malhotra’s movies like Dangal, Photograph, Pagglait, Love Hostel, and Hit The First Case have shown the exemplary acting skills of the Bollywood actress. She debuted with the Neeraj Pandey directorial Dangal alongside Aamir Khan in Bollywood in 2016. Since then, she has starred in several critically acclaimed films. She will be next seen in Jawan opposite Shah Rukh Khan in 2023. 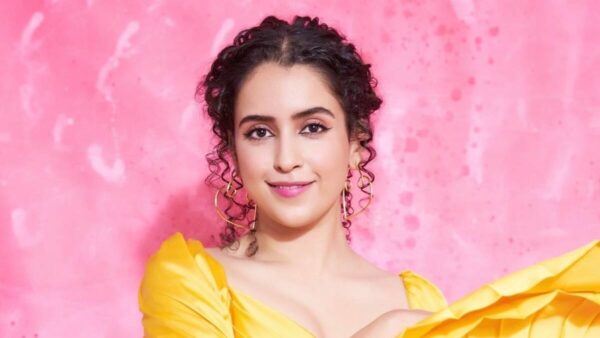 Sanya Malhotra was born in Delhi in 1992. She has completed her graduation from the famous Gargi College at Delhi University. Her father is an engineer, while her mother is a housewife. The Bollywood actress was fond of dancing and auditioned for the famous reality show Dance India Dance. She made it to the list of top 100 contestants before being evicted from the show.

However, she did not let this stutter her growth and clawed her way back to success with hard work and dedication. Two of her films, Dangal and Badhaai Ho, have been ranked among the highest grosser in Bollywood. Sanya Malhotra has been nominated for several awards, like Filmfare Critics Award for Best Actress and International Indian Film Academy Awards for Best Actress for her nuanced performances in movies.

Here’s a list of 10 Sanya Malhotra Movies that proves she is a future superstar:

Dangal was the debut movie of Sanya Malhotra. She starred alongside Aamir Khan and Fatima Sana Sheikh in this film, which became the highest-grossing Bollywood movie ever at that time. The film is based on the real story of the Phogat family, who is known for achieving excellence in wrestling for India. Sanya portrayed the role of Babita Phogat in the movie.

Released in 2018, Pataakha is directed by Vishal Bhardwaj. The movie stars Sanya Malhotra as Chhutki and Radika Madan as Badki. The actresses play the role of sisters in this film. Pataakha shows them as two siblings who used to fight with each other but realise the importance of their bond after they get married.

Sanya Malhotra starred alongside Ayushmann Khurrana in this comedy movie that was highly successful at the box office. The film shows the turmoil brought into the life of a 25-year-old guy when his mother gets pregnant. His relationship with his girlfriend gets put in jeopardy. Badhaai Ho is directed by Amit Sharma.

A movie which went under the radar despite its touching and poignant storyline. It stars Nawazuddin Siddiqui as a struggling street photographer who convinces a shy girl to act as his fiancee when he is pressured by his mother to get married. Sanya plays the shy girl who agrees to play the role of fiancee but ultimately ends up forming a bond that she had not expected at all.

Shakuntala Devi was released on Amazon Prime Video in 2020 due to the pandemic. The movie stars Sanya as the daughter of genius mathematician Shakuntala Devi portrayed by Vidya Balan. It received positive reviews from critics. The film is directed by Ishita Moitra.

Pagglait is Sanya Malhotra’s most critically acclaimed movie that garnered her Filmfare nomination. It’s a black comedy directed by Umesh Bist. The movie also stars Ashlesha Thakur, Sayani Gupta and Shruti Sharma in lead roles. It tells the story of a young widowed woman who is trying to understand why she does not feel any grief while making a startling discovery about her dead husband.

This Bollywood comedy movie is directed by Vivek Soni. The movie is a hilarious take on long-distance relationships. It stars Sanya Malhotra and Abhimanyu Dasani as a newly married couple who are forced to live apart due to a unique job prospect. The film shows their marriage’s obstacles, fun and emotions with utmost hilarity.

Love Hostel is a ZEE5 original film. It is directed by Shanker Raman. Sanya Malhotra and Vikrant Massey play a couple in this film who elopes together. Their family hires a ruthless killer played by Bobby Deol to finish them off. It’s an interesting and exciting thriller that keeps viewers on edge. All of the cast members have nailed their roles perfectly.

This new Bollywood nail-biting thriller was released just a couple of weeks ago in the theatres. The movie is a remake of a Tollywood film. Sailesh Kolanu directs it. Sanya Malhotra plays the role of the girlfriend of a troubled police officer played by Rajkummar Rao. The film has received favourable reviews.