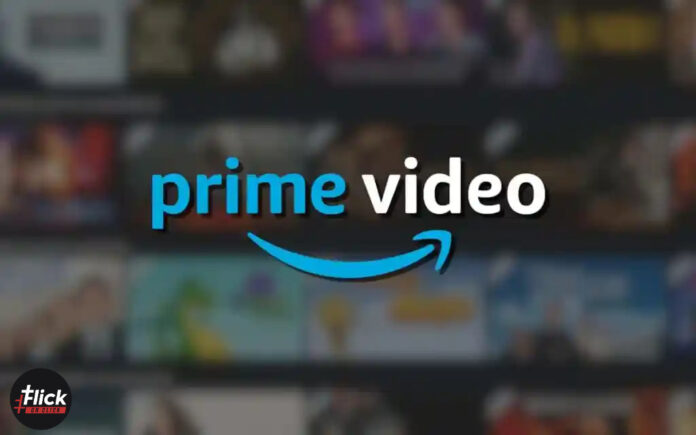 New Hindi movies on Amazon Prime Video in 2022 have all the thrill, drama and comedy to keep you engaged and excited for an extended time. Apart from original Amazon Prime Video new releases, the Hindi movies released on the OTT platform include the recently released movies in Theatres. For instance, Akshay Kumar’s Samrat Prithiviraj, just released in June, is already on the OTT streaming service for the viewers to have fun from the comfort of their homes.

Amazon Prime Video is already a giant in the OTT industry, with its direct competitors being Netflix and Disney+ Hotstar in the Indian market. Therefore, New Hindi Movies on Amazon Prime Video are always up to the mark due to the high level of competition. The list of New Amazon Prime Video movies in Hindi will surely live up to your expectations. So, without further adieu, let’s just roll with the list.

New Hindi Movies on Amazon Prime Video in 2022 are: Synopsis: Jalsa is a thriller that was released in the theatres in March 2022. The movie was widely hailed for its gripping storytelling and a great way of dealing with emotions. Vidya Balan is, as usual, outstanding in her role, while Shefali Shah has shown us why critics keep her in high regard. The movie is drawn upon a complicated hit-and-run case which leaves the involved parties grasping for truth and justice. However, even though they want justice, there is always a lingering sense that makes the viewers question the whole idea of justice and its outcome. New Hindi movies on Amazon Prime Video in 2022 are filled with this type of captivating movie.

Synopsis: Action lovers gather up cause this one is a treat for only you guys and girls. Heropanti 2 was a commercial movie aimed at a specific section of Indian viewers. The film does not promise a big or complicated story which is made clear by the trailer that showcased Tiger Shroff going against an entire army of men single-handedly. A feat that he has already done in quite a few movies. This movie was released in theatres in May 2022 and finally made its OTT debut as part of Amazon Prime Video new releases in 2022. Synopsis: New Hindi movies on Amazon Prime Video in 2022 have everything from thrill to action to romance to drama. Samrat Prithviraj was released in theatres in June, and you can already stream it on Amazon Prime Video as it has been made available on the platform. The movie follows Akshay Kumar in the titular role of Samrat Prithiviraj. It depicts the life of the Indian king and most significantly focuses on his life with the queen played by Manushi Chillar in the film. 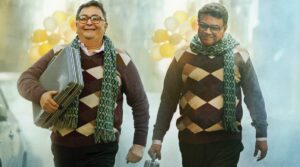 Synopsis: The last feature film of the Indian legend Rishi Kapoor, Sharmaji Namkeen, was a successful heartwarming comedy. The movie follows a widower who loses his job and goes on to discover a new job. He finds a widowed boutique owner, and the two start forming a bond. Interestingly, Paresh Rawal also plays the titular character, which Rishi Kapoor essayed. It is due to the untimely demise of Rishi Kapoor. As the movie was not finished filming, Paresh Rawal was roped in to play the character of Sharmaji Namkeen. It is one of the best Amazon Prime Video new movies in the Hindi language in 2022.

Synopsis: New Hindi Movies on Amazon Prime Video in 2022 have a diverse range that can please almost all viewers. For the people who love thrillers based on real-life, Runway 34 is a great movie. The movie is based on a controversial landing which endangered the lives of almost 200 civilians. Ajay Devgn plays the pilot who was handling the plane that landed safely after many thought that it was certainly going to crash. Rakul Preet plays his fellow pilot while Amitabh Bachchan essays the role of a lawyer who goes after the pilot in this film.

Also Read: 8 Thrillers like Runway 34 to Keep You on the Edge of Your Seats 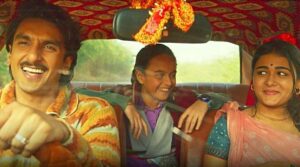 Synopsis: Jayeshbhai Jordaar flopped in a ‘jordaar‘ manner on the big screen. However, the movie was praised for bringing about a social issue. Ranveer’s performance in the film was also loved by the audiences and critics. Amazon Prime Video new releases now include this movie as well. If you are in the mood to watch a comedy that makes remarks on Indian society with subtlety, then you should consider watching this film. The movie follows Jayeshbhai, who tries to save his unborn daughter from foeticide. 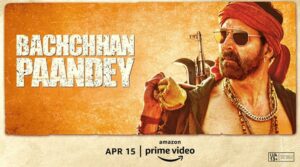 Synopsis: Another new Hindi action movie that should be on your radar in 2022 on Amazon Prime Video is Bachchhan Pandey. The movie created a lot of buzz at the time of its theatrical release due to Akshay Kumar’s unique look. Die-hard fans of Khiladi Kumar will certainly enjoy this movie as it brings back the charm of the 90s displayed by their favourite actor. The film follows a budding director who wishes to make a movie based on the real life of a gangster. It’s an exciting concept that you should at least give one try.

Loved this list of New Hindi films coming on Amazon Prime Video? We also have a new list of new Hindi films on Netflix to release in month of July. Read Here

The holidays and weekend movie nights with the entire family are excellent ways to improve connection and spend...