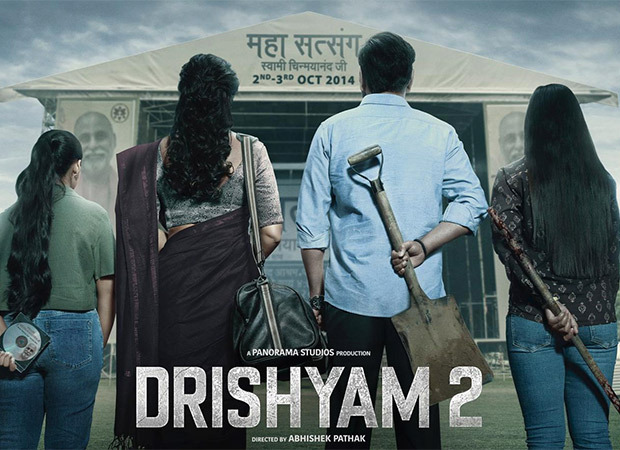 Drishyam Recall Teaser to highlight the release of the Drishyam 2 just recently got dropped, and we were reminded of the thrilling sequences and story of the first part of the film. However, the Drishyam recall teaser was much more than just what we had thought; three was a clip attached to it from Drishyam 2, which has made the wait harder for the film. Drishyam 2 will release in the theatres on 18th November 2022. The official announcement has finally been made. The film is inspired by a Malayalam movie of the same name starring Mohanlal. It is directed by Abhishek Pathak.

Panorama Studios which released the recall teaser, added to the caption, “Vijay aur uske parivaar ki kahaani toh yaad hogi na aapko? Ki yaad dilaye?” The teaser goes through the entire storyline of the first Drishyam film. However, at the end of the teaser, we see a clip in which Ajay Devgn sporting a beard, is recording his confession. He says his name is Vijay Salgoankar, and this is his confession.

This just made us excited for the upcoming Bollywood film that is surely going to be an exciting edge-of-the-seat thriller. The movie will have new twists from the original storyline, and by sticking to the original cast, the producers have listened to the demands of people. As viewers, people will be able to relate more to Ajay Devgn, Shriya Saran and Tabu in the upcoming thriller due to their roles in the original Drishyam film.