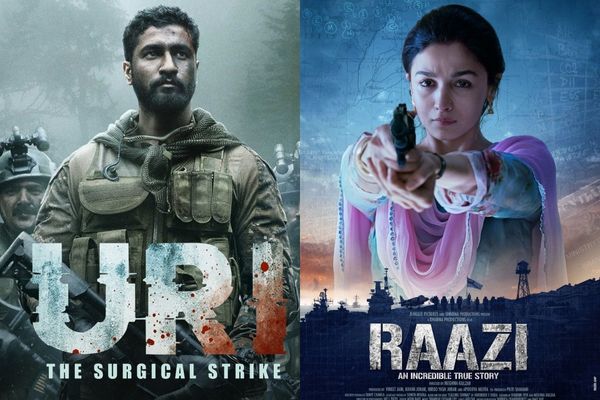 The 75th Independence Day is nearing, and the Indian government is looking to celebrate the grand event in style. However, the working class of the society would want nothing more than lying on their comfy sofas in the liberating air on Independence Day and watching a few good Bollywood patriotic movies to make their day fulfilling.

The Hindi film industry has produced countless patriotic movies in its rich history, but only a few of them have been able to become classics that people can watch on any given day. Today, we have listed 10 such motivational and inspirational patriotic Bollywood movies that have gained a cult following and will give you life lessons that will leave a lasting impact on you. 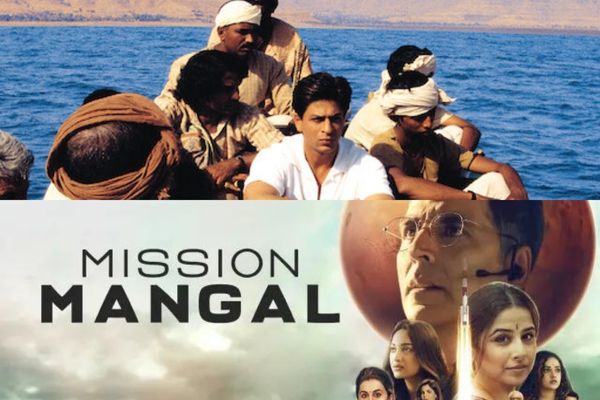 Here Are The 10 Most Patriotic Bollywood Movies

URI: The Surgical Strike is based on the real actions that the Indian military took to give a befitting reply to Pakistani terrorists following the Pathankot tragedy. The movie has one of the most emotional endings and will leave you teary-eyed. The action sequences will give you goosebumps. Vicky Kaushal is excellent in his role and won many awards for the same. It’s a must-watch among the Bollywood patriotic movies.

Lakshya, starring Amitabh Bachchan, Hrithik Roshan and Preity Zinta in pivotal roles, is a coming-of-age war drama that is based on the 1999 Kargil War. The movie tells the story of a lazy and aimless boy who joins the army only to give up on it after finding the routine and training too hard. However, his girlfriend leaves him after he gives up, which makes him again go back to being a soldier and prove to his girlfriend that he is not a failure.

Lagaan starring Aamir Khan in the lead role, is always playing on Indian TV on the occasions of festivals like Republic Day and Independence Day. The movie chronicles a story lost in the texts of the history books. How a few villagers in British India got rid of the taxes by beating the Englishmen at their own invented game of cricket is a fascinating and exciting tale that will definitely give you goosebumps. It’s a cult classic and easily one of the best patriotic Bollywood movies.

Swades is a unique patriotic Bollywood film. In this film, you don’t see action and military conflicts with high adrenaline. Instead, the movie is aimed at making people feel attached to their motherland. The film starring Shah Rukh Khan has been applauded for its originality and theme, which you can find yourself relating to. It shows how a NASA scientist comes back to India and changes the lives of his villagers and himself.

Raazi is a movie about the undercover agents who are used by India and Pakistan to obtain knowledge about their opponent’s next move. It’s a film that’s rated highly by critics. Alia Bhatt and Vicky Kaushal have excelled in their roles by delivering stunning performances. Raazi tells the story of a RAW agent who is married into a Pakistani family by her father in order to acquire significant knowledge which can change the dynamics between India and Pakistan.

Chak De India is perhaps an underrated work of the Bollywood Baadshah. The film tells the story of a hockey player who is branded as a cheater by the Indian media and people. However, he turns into a hockey coach after retiring as a player and guides the female Indian national team to the victory at Olympics. Chak De India is easily one of the best patriotic Bollywood movies that will give you goosebumps.

Airlift starring Akshay Kumar and Nimrat Kaur in lead roles, is based on a real event in which India efficiently brought back thousands of its native citizens from a country in a war zone. It tells how a businessman named Ranjit Katiyal saves the lives of thousands of Indians by contacting Indian authorities when Iraq invades Kuwait.

8- Parmanu: The Story of Pokhran

The epic tale of India’s nuclear test is even giving me goosebumps while I’m writing about it. Parmanu tells the tale that has inspired India’s nuclear achievements. How the Indian military developed a nuclear bomb under the nose of American authorities will make you excited and enthralled. The movie stars John Abraham and Diana Penty in pivotal roles. It should be on your list of patriotic Bollywood movies to watch.

One of the greatest achievements of the Indian Space Research Organisation is explored in this movie, starring Akshay Kumar, Vidya Balan, Sonakshi Sinha, Sharman Joshi and Nithya Menen. Mission Mangal tells how India completed the Mars orbiter mission with the money, which is considered dust in space technology. A truly inspiring and motivating patriotic film.

Jallianwala Bagh massacre is a scar on Indian history that can never be forgotten. This movie goes to tell the story of a revolutionary who was disheartened and distraught by the events of Jallianwala Bagh and took it upon himself to bring down the person responsible- Michael O’Dwyer. Sardar Udham is a brilliant film in which Vicky Kaushal has proved again that he is a perfect choice for starring in patriotic Bollywood movies.

Pathaan is slated to release in the theatres on 25th January 2023. The movie marks the comeback of...
Entertainment

Mili box office collection day 2 is an encouraging Rs 65 lakhs against the overall budget of Rs...