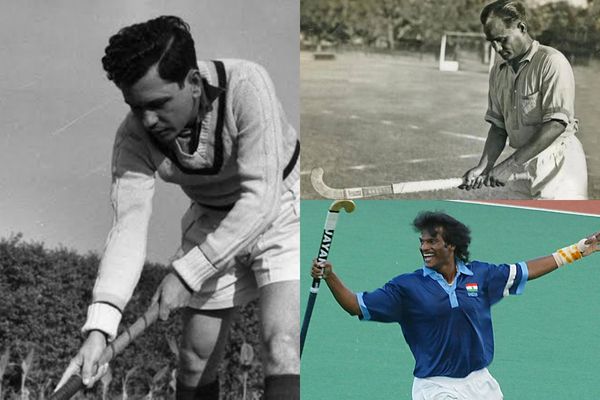 The Indian hockey team is doing wonders at the Commonwealth Games 2022. India recently registered its biggest win in Commonwealth history by thrashing Ghana 11-0. With a victory over Canada Indian team has climbed to the top spot in their group at the CWG22. However, it is not the first time that Indian hockey has brought glory to the nation. For those who may be unaware, India has won 8 gold medals at Olympics in hockey. Out of which 6 gold came in six straight Olympics. India was a dominant force in the world of hockey, with players like Dhananjay Pillay and Dhyan Chand accomplishing various records that propelled India to the top. Here we have listed a few best Indian hockey players of all time. Known as the wizard of hockey Dhyan Chand was a magician with a hockey stick in his hand. He is perhaps the greatest hockey player of all time. His 400 goals in his illustrious career is a legacy that may never be surpassed. Dhyan Chand helped India rule the hockey world. He smashed 14 goals in the 1928 Olympics, 12 in the next Olympics and 13 in the 1936 Olympics to help India win 3 consecutive gold medals at the Olympics.

The younger brother of Dhyan Chand was also a brilliant hockey player who played a key role in the 1932 and 1936 Olympics victory for India. He was the highest scorer for India in the 1932 edition of the tournament. The freakish genius scored 13 goals in just two games and deposited 10 goals on his own in the final. In the 1936 Olympics, he was the only Indian hockey player to score a goal in every game.

The champion hockey player was the key factor for India’s three consecutive gold medals in the 1948, 1952 and 1956 Olympics. Singh was also the coach in 1975 for the Indian team, which lifted the World Cup trophy. He is known as one of the best Indian hockey centre-forward players. His contribution to the game cannot be forgotten.

Another hero for India at the Olympics in hockey is Udham Singh. He was a smooth criminal for the opposition with his slick and smooth play that stole the spotlight from other legendary players. He primarily played as a rear-guard but was an equally effective inside forward. His name is written in golden verses in the Indian hockey team of the 1950s.

He was part of the Indian hockey team that won 3 gold medals and one silver at the Olympics. Leslie led from the front with his leadership abilities. He is referred to as the greatest half-back in the history of the sport. Claudius was the first Indian to play four consecutive Olympics for India. His playing style is still an inspiration for many. 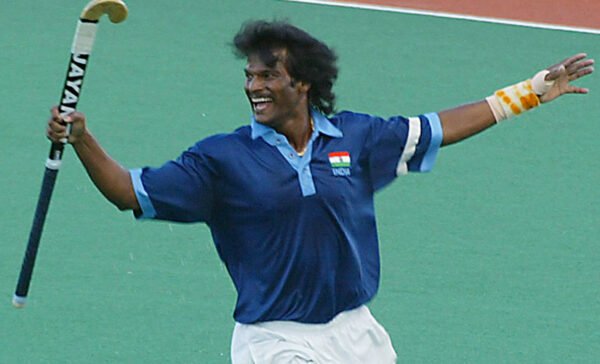 If you have studied from the CBSE board in school, you would remember reading about this legend who made the hockey world kneel to his greatness. Pillay is a modern-day legend. He played in 4 Olympics, 4 World Cups, 4 Asian Games and 4 Champion trophies. His on-field attitude and exceptional striking ability make him one of the best Indian hockey players of all time.

Sandeep Singh, the most inspirational Indian hockey player of all time, inspired the biographical film Soorma. The 36-year-old was previously India’s captain and currently features as one of the instrumental players. Even after being told by doctors that he won’t be able to play hockey ever again after being hit by an accidental bullet from a railway protection force personnel, he made a resounding comeback.

The legendary Indian player was part of the Indian hockey squad, which was the last one to win gold at the Olympics. He played a key role in the victory at the 1980 Moscow Olympics. Shahid is dubbed as one of the greatest dribblers of all time.

Another legendary Indian hockey player who helped cement India’s place as one of the best sides in the world of hockey. Ajit Pal played as centre half for India. He was part of the 1968 and 1972 Indian hockey teams, which won bronze medals at the Olympics. In the 1975 World Cup, he was the captain of the Indian team that won the trophy.

K D Singh played for the Indian hockey team that won the gold medal at the 1948 and 1952 Olympics. He is popularly named Babu and is compared to the great Dhyan Chand in terms of his dribbling ability. His excellent passing skills are also revered and respected in the world of hockey.

The wedding season is approaching quickly and swiftly. Soon, most of us will start to receive invitations from...
News

Delhi and Maharashtra- the two severely hit states in India- is planning to apply complete lockdown till June...
Finance

Mukesh Ambani and Gautam Adani are the topmost richest billionaires of India who go toe to toe each...
Lifestyle

We have reached the end of the first month of 2021 and our heart gets excited to wander...