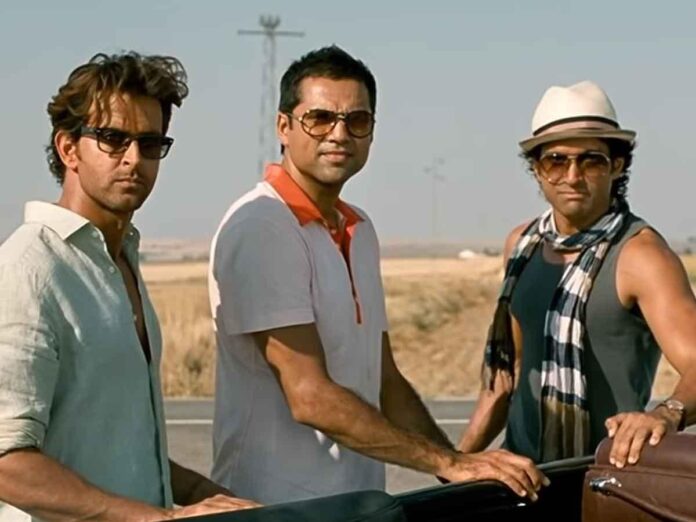 The holidays and weekend movie nights with the entire family are excellent ways to improve connection and spend quality time together. The ideal way to spend time with your family is to lay out on the couch and watch one of the Best Bollywood Family Movies on Netflix. You can watch some of the best and most decent comedies, dramas, thrillers, crime dramas, and action movies on Netflix.

Here is a list of the Best Bollywood family movies available on Netflix:

It is a replica of the 1994 American movie Forrest Gump, which again is made by Aamir Khan Productions and Viacom18 Studios. It’s a very inspirational and motivating tale of Laal, a young kid with weak legs, his caring mother, and his best friend Rupa D’souza. The film accurately captured the struggles of a kind-hearted man. This year’s one of the Best Bollywood Family movies on Netflix follows a straightforward man on an astonishing adventure that will make you feel loved, cozy, and joyful.

This epic film is one of the finest in the collection of Bollywood family movies and will spice up your day. Watching this SS. Rajamouli film with some snacks and ice-cold beverages will make your time in the Mahishmati realm memorable. The Baahubali series’s first feature is titled Bahubali: The Beginning. It is centered on the Shiva persona, which Prabhas portrays wonderfully. Shiva, the courageous and powerful man, aids Avanthika in freeing Devasena from Bhallaladeva’s oppressive tyranny. its strong depiction of history and culture.

Geeta Phogat, a gold medalist in wrestling at the Commonwealth Games, and her sister Babita Kumari, a national champion, are the subjects of this biography. The film is a lovely depiction of a father’s battle to develop his girls into wrestlers during a period when wrestling was considered an “all-men’s-game,”    The brilliant actor Amir Khan does an amazing job playing Mahavir Singh. This movie is the perfect portrayal of a girl’s power to do anything from household chores to wrestling. After watching this masterpiece you will confess it ranks on the third number in our list of the Best Bollywood Family movies on Netflix.

The narrative of three friends who go on a holiday trip before one of them gets married is told in ZNMD, among the outstanding Bollywood Family movies to date. The three buddies have become so mired in their routine lives that they have lost sight of what it is like to truly appreciate the little things in life. Few individuals in their lifetimes manage to embark on a trip of self-exploration and self-realization like theirs. You will think about your own choices and consider what it takes to have a life outside of the evident tedious process of family and work after watching ZNMD. Self-love is the true theme of this gem.

One of those entertaining family-friendly Bollywood movies with a potent moral theme is this one. The protagonist of the story is Keshav, whose spouse Jaya quits his household and goes back to her parent’s place since he doesn’t have a toilet. What appears to be a chick flick on the superficial reveals the precarious position of women in Indian culture. To build a washroom for his bride, Keshav endures several hardships before ultimately bringing her home. This is one of the best family drama movies on Netflix.

The Sky Is Pink

This Priyanka Chopra and Farhan Akhtar film is a must-see emotional family movie on Netflix. The true account of inspirational voice Aisha Chaudhary, who passed away in 2015, served as the basis for the film. A pair named Aditi and Niren attempt to provide their dying daughter with as much happiness as possible in this exquisitely woven tale. It’s an intense rollercoaster ride that will undoubtedly cause you to fall back in love with every single character.

Om (Shah Rukh Khan), a hardworking movie extra, aspires to be a celebrity deserving of his crush Shanti (Deepika Padukone). They come together by coincidence, but Shanti’s secret endangers both their relationship and their lives. Om Shanti Om is a sarcastic love letter to the business that created it and the ageless cinematic fantasy that it all turns out well in the end. Without giving away any of its surprises, Om Shanti Om is an amazing adventure brimming with Bollywood flair from the 90s to the present day. This is one of the most innocent romantic family movies on Netflix.

As a director, Anurag Basu is renowned for his unique portrayals of characters and stories. He provides some intriguing films and shares one of the most original standpoints. In the movie Ludo, four intertwined tales of violence, selfishness, wealth, and love all build to a wildly exciting conclusion. The narrative is unique, odd, quirky, and gloomy, yet it works due to Anurag Basu’s point of view and a fantastic cast. Ludo is one of Netflix’s top family drama Bollywood movies.

If you enjoy seeing movies that are based on true stories, We highly recommend Gunjan Saxena. Additionally, it is a film about women’s empowerment and their battles to accomplish greater heights. Gunjan Saxena, a professional pilot, and lieutenant in the Indian Air Force is the focus of the narrative. She was the sole female pilot who participated in the Kargil conflict. Gunjan Saxena is played to perfection by Janhvi Kapoor. This weekend, have some thrill and pleasure by watching this one of the motivational family movies on Netflix.

In a society where religion is frequently exploited to guide people down the wrong paths, Pk is a thoughtfully constructed film available on time  Through this humorous romantic comedy, a powerful societal message is presented. As Pk, an alien that crashes on Planet and misplaces his connection gear.  Jaggu, a journalist portrayed by Anushka Sharma, becomes his friend. He asks several amusing yet accurate inquiries about religion throughout the film’s running time. Pk is the best light comedy family movie with a hidden deep message on the modern world available on Netflix.

Read More: 10 Best Patriotic Bollywood Movies That Will Give You Goosebumps

Amazon Prime Video is updating its database by a ton and you will have to choose from among...