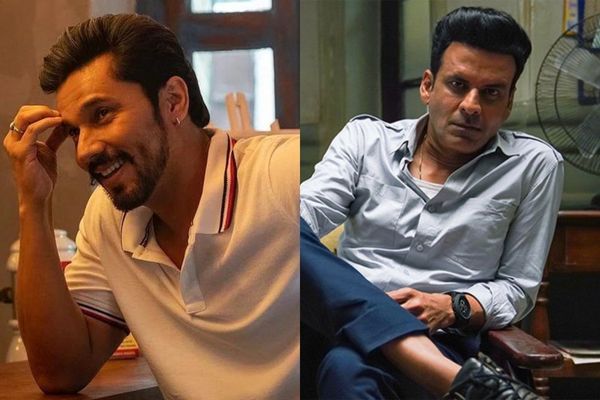 Bollywood is a cut-throat place where actors only with the ability to rule the hearts of audiences can survive. Many talented actors have come and gone in Bollywood, but only a few have survived to see their names rise up in the rankings. The Bollywood filmmakers often overlook the great actors with no backing, ultimately forcing these underrated gems to pursue other careers.

Today we have compiled a list of the 20 most underrated actors in Bollywood who do not get the deserved recognition.

Manoj Bajpayee has delivered phenomenal performances in whatever movies and shows he has been part of. He debuted in Bollywood with the 1994 film Bandit Queen. Manoj gained critical praise for his roles in films like Gangs of Wasseypur, Satya, and Aligarh. He has also been hailed by the audiences for his role in the Amazon Prime Video series- The Family Man.

Randeep Hooda is perhaps the most criminally underrated Bollywood actor. He has given his heart and soul to preparing for roles that should have become iconic in the film industry. Randeep’s epic transformation in the film Sarbjit (2016) will always remain one of the most dedicated acts by an artist for a character. He has starred in films like Rang Rasiya, Highway Cocktail and Extraction.

Kay Kay Menon is a veteran actor who has been working in Bollywood for over two decades now. His gripping performances in movies like Shaurya, Black Friday and The Ghazi Attack have been praised by critics. He has also made a solid OTT debut with the Special Ops web series on Disney+ Hotstar. Despite all that, he still remains one of the talented actors who have not been recognised by the masses.

Jimmy Shergill has worked in the Hindi and Punjabi film industry throughout his fascinating career. He started his movie career with Maachis in Bollywood. Jimmy went on to work in films like Mohabbatein, My Name is Khan, Tanu Weds Manu and Saheb Biwi Aur Gangster. All of these films were blockbusters, but Jimmy remained underappreciated while the other actors involved in the films went to be popularized.

Shreyas Talpade recently starred in the biographical drama Kaun Pravin Tambe? on Disney+ Hotstar. The actor has proved countless times that the film industry has undervalued his acting potential. He has worked in quite a few critically movies like Om Shanti Om, Iqbal and Dor.

Arshad Warsi was perceived as a one-dimensional actor before he did the web series Asur. The actor made it known with his gritty performance that he is suitable for all kinds of roles. Before, Asur Arshad Warsi has done critically praised films such as Jolly LLB, Ishqiya and Kabul Express.

Harshvardhan Kapoor is a method actor who likes to dive deep into his roles. He is a perfectionist, which can be seen through his movies. Harshvardhan is one of the most underappreciated Bollywood actors of the new generation. He has starred in good films like Bhavesh Joshi Superhero and Thar. We would love to see this budding actor more often on our screens.

Akshaye Khanna has reignited his career with the help of OTT platforms. The brilliant actor was sidelined by the Bollywood filmmakers arguably due to his not-so-good looks. However, he has recently given phenomenal performances in Section 365 and Ittefaq. Akshaye Khanna will be next seen alongside Ajay Devgn in Drishaym 2. We hope that this underrated actor finds his deserved recognition in the future.

Vijay Raaz has been used only as a supporting actor by Bollywood filmmakers despite his ability to superb acting abilities. He is one of those rare actors whose comedy is always on point. Raaz is also a versatile actor as he also shines in emotional dramas. He has given critically acclaimed performances in Bombay to Goa, Gully boy and Gangubai Kathiawadi.

One of the underrated Bollywood actors who we would love to be part of more films in future. Saurabh Shukla has a unique presence that makes people notice even the smallest things his characters do on screen. He has risen from the theatres to become a full-fledged Bollywood actor. His portrayal of a judge in Jolly LLB is loved by everyone.

Sanjay Mishra proved the mettle of his acting with the Bollywood Indie film Aankhon Dekhi. The versatile actor has been severely underutilized by Bollywood. He deserves much more accolades and fame than he actually gets. Mishra has dedicated himself to the art of acting. He graduated from the famous National School of Drama in Delhi.

Amit Sadh is exceptional as an actor in emotional roles. He has proved again and again that he deserves to be considered one of the top actors in Bollywood. His work in Kai Po Che, Guddu Rangeela and Sarkar 3 has been lauded by fans. Sadh has also worked in famous OTT shows like Breathe and Avrodh.

Sharman Joshi is easily one of the top talents that have been underappreciated by the Hindi film industry. He has been part of famous blockbusters like Golmaal, 3 Idiots and Rang De Basanti. He shines in both serious and comedic roles. We would love to see this actor get more attention from people.

Vikrant Massey is slowly rising through the ranks with critically appraised performances in OTT movies and shows. He is one of those underrated actors in Bollywood who we can see becoming a superstar in future. He has acted in movies and shows like Haseen Dilruba, Love Hostel, Forensic, Mirzapur and Criminal Justice.

Ashutosh Rana is a versatile and talented actor who debuted in Bollywood with Sanshodhan. He has made a name for himself by portraying negative roles with perfection. However, the actor has been tremendous, even in the positive characters he has portrayed on screen. Despite working for so many years in the industry, he remains underappreciated.

Related: Most Underrated Actors that We Would Love to See More Often on Big Screen

Ali Fazal started his Bollywood journey with supporting roles. However, the actor’s potential has taken him to Hollywood. He has been part of the successful Hollywood movies Furious 7 and Death on the Nile. Currently, he is shooting for the next season of Mirzapur. We will love it if this actor gets to play more mainstream roles in future.

Arjun Rampal debuted more than two decades back with the film Pyaar Ishq Aur Mohabbat (2001). He struggled a lot to make a name for himself in the film industry. Arjun got critically appraised with his films Om Shanti Om, Raajneeti and D-Day. He is a talented actor who deserves to be cast as the main lead in films.

Ronit Roy is primarily known for his television shows. However, you will be surprised to know that he made his debut in Bollywood in 1989 with the film Ram Lakhan. Since then, he has given praiseworthy performances in Kaabil, Sarkar 3 and Lucknow Central. He is going to appear as a coach in the upcoming Bollywood film Liger. However, we believe that this underrated Bollywood actor deserves to helm a movie.

Neil Nitin Mukesh is a gem of an actor. He has worked in very few films, but those movies have been enough for fans to know that he possesses real talent. His performance in Johnny Gaddaar, New York and Indu Sarkar was fabulous. Unfortunately, this brilliant actor is not working on any upcoming movies at the moment.

Piyush Mishra is a multitalented actor who has worked mostly as a supporting character in Bollywood films. His role in Gangs of Wasseypur was appreciated and lauded by the critics. The actor has carved his own path in the cut-throat Bollywood industry. He started his journey from stage plays in the National School of Drama and finally debuted in the Hindi film industry in 2003 with Maqbool. Despite giving a nuanced performance, Mishra remains one of the most underrated actors in Bollywood.

Is there anyone we have missed? Do let us know by reaching us on Instagram by clicking here.

How many of us like to watch movies? Everyone, right? But the reason may vary. Some watch it...