The American platform Netflix has issued news today. It covered the decision of the platform to reduce the price of its plan for the users. This decision has been made so that more people can get access to Netflix at a cheaper cost, thus profiting the company.


The platform also introduces a vast range of content- both movies and web series. It is believed that the platform is doing so to target the masses and, at the same time, incur costs on dubbing and subtitling. The move stems from the global traction Indian titles have seen over the past few months. 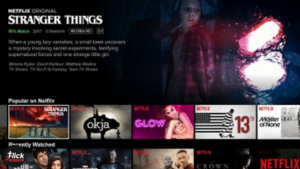 What’s The Change in Netflix Plans

The mobile-only plan, earlier priced at ₹199 per month, will now come for ₹149. The basic plan that allows access to all content on anyone’s device has been significantly reduced to ₹199 versus ₹499.

The premium plan that works across four devices is cheaper too, at ₹649. These rates are scheduled to be in effect from 14 December 2021.

What Does the Vice-president of Netflix Have to Say?

Monika Shergill, the vice-president of Netflix, said that the new price plans are introduced as a part of their strategy that goes deeper into the country and aims to reach wider audiences.


She also declared that the latest move means existing users will have the option to see an upgrade to more benefits at the price they were paying or go for a lower rate to continue availing the same benefits.


According to her revelations, Netflix’s decision comes nearly five months after Disney+ Hotstar unveiled a range of new price plans, including a mobile-only plan for ₹499 per year, for ₹899 per year across two devices, and ₹1,499 per year across four devices. Hotstar was earlier priced at ₹399 per annum for its VIP service and ₹1,499 for Premium.

Ready for some Netflix and Chill this weekend? Well! Here’s a list of top 10 shows to watch on Netflix In December 2021.


Previous article
Best Prepaid Plans for Heavy Internet users: Vi, Airtel, Jio, and BSNL
Next article
Why Netflix Is Lowering Prices In India and How They Plan Their Pricing On a Global Scale?
Flickonclick

In June 2022 Netflix produced some amazing movies and shows to binge-watch. Welcome to another complete look ahead...
News

"Friends" does not include superpowers, but it does include what may be called amazingly and it does it...
Entertainment

Fauda Season 4 is going to be released on Netflix in February 2023. The fourth season of the...
News

The gaming industry is one of the biggest entertainment industries. And Netflix has tried to incorporate it into...