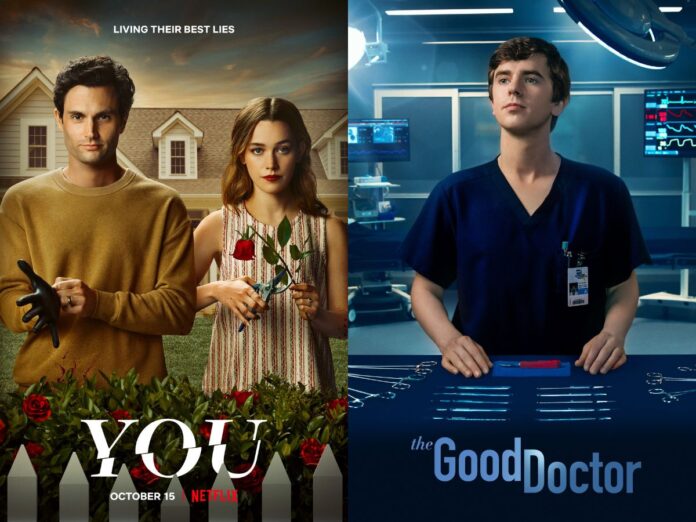 It’s a known fact that English web series are much more diverse and engaging in their approach than the Indian origin shows. Hollywood directors know how to bring a variety of challenging stories to the forefront with great expertise. Nowadays, Indian shows online are getting quite repetitive with their tone with most of them focusing on violence and thrill. However, the best English web series to watch on digital streaming services offer a wider range of content. So, here we have created a list.

The first season of this emotional drama English web series adapted from the novel of the same name is something that you should not sleep on. It tells the story of a girl who commits suicide and leaves behind the 13 reasons why she had taken the drastic step. The emotional journey will definitely bring tears to your eyes. The show was expanded further with new seasons but we recommend watching only the first one.

Dr House played by Hugh Laurie is a narcissistic genius in this show that you will come to love. I think it’s perhaps one of the best-ever characters created for the small screen. The show follows Dr House and his team as they solve bizarre cases with unconventional methods and often flout the medical rule book. It’s one of the best English web series to watch right now.

Another medical drama that you will definitely love even if you are not into medical shows. It is about Dr Murphy who despite suffering from autism becomes a resident doctor and goes through a trial to prove his worth as a doctor. This English web series is adapted from a Korean web series.

John Cena has made his debut as the protagonist of an English web series with this supernatural web series that was created by HBO. The show is already renewed for a second season. It follows The Peacemaker a villain who kinda turns into an anti-hero in this show. It’s fun and filled with pretty awesome action sequences.

Penn Badgley has delivered a mind-blowing performance in this English show. He plays a bookshop owner who stalks a girl and commits heinous crimes in order to get into the good books of the girl he likes. The chilling scenes in this series deserve to be watched at least once. It is still ongoing and the next season is expected to arrive in 2023.

A recently released show that is quickly becoming a fan favourite. You must watch it if you love the horror and suspense genre. It follows a few terminally ill teens who form a pact that the first one to die among them will send a message from beyond the grave. It’s one of the best English web series to watch in 2022.

Marvel is releasing series after series with many superheroes making their debut on the small screen. She-Hulk is a recently released superhero web series that follows the adventures of a female law attorney who gains the power of Hulk and then goes on to fight a few evil powers while maintaining her career and love life.

Where to Watch: Disney+ Hotstar

This is a British limited web series that we think is quite underrated despite being a phenomenal work of art. The thriller follows a war veteran who is assigned the duty of protecting the British Home Minister, a controversial and ambitious political leader who is often referred to as a sociopath by her colleagues. Definitely, one of the best English web series to watch this year.

A fine English show that is unfortunately stalled after two seasons with no guarantee of it ever being continued in the future. We loved this show and everyone deserves to watch this suspense drama that follows an FBI negotiator who teams up with a veteran agent to study the psyche of criminals.

Never I Have Ever is an ongoing coming-of-age comedy web series that you will relate to if you are in your 20s. The show follows an Indian-American teenager who tries to build up relationships in her high school after a traumatic first year. It’s one of the best teen English web series to watch right now.

Netflix has gained notoriety for funding Oscar-winning intellectual dramas. However, you may not always want that! Sometimes you...
Offers

Netflix is India’s most popular OTT streaming platform, which is known for its gripping Hindi thriller web series....
News