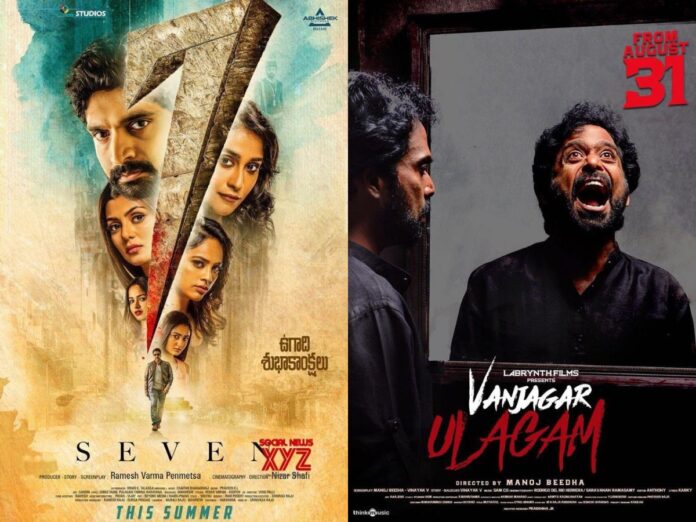 Are you searching for some fine Tamil thriller movies to sort out your weekend after a long week of working hard? Gone are the days when the majority used to watch dramas and romantic stories on their holidays to feel all comfy and cosy. Nowadays most of us crave some thrill in our monotonous life and what’s better than watching a few thrillers to calm ourselves? So, here is a collection of Tamil thrillers you should check out.

It’s a crime thriller movie that shows a cop’s investigation into a mysterious case of the husbands of several women going missing. He links that all of these women are chasing the same men and investigates the connection between all of them. It’s an edge-of-the-seat experience that you should definitely watch if you love Tamil thriller movies.

Two men kidnap the daughter of a powerful politician who then enlists a determined cop to find her daughter. This begins the engaging power struggle between the kidnappers and the cops. The interesting cat-and-mouse game between the police and criminals makes it an exciting film to watch.

More often than not thrillers always involve police and criminals. However, this movie is different. The film follows a politician who meets his long-estranged after many years through a tip. However, his daughter has doubts about whether he is truly family or just an impostor. One of the most engaging Tamil thriller movies to watch on Netflix.

With an ensemble cast that includes Vijay Sethupathi, Fahadh Faasil and Samantha Ruth Prabhu, this Tamil thriller movie is a must-watch. This film follows the life of an angsty teenager, an unfaithful wife and a transgender woman returning to her past. The story is filled with stigma, spirituality and coitus.

A visually impaired man tries to save his lover from a serial killer in this thriller. The movie then unfolds the psyche of the killer and her disturbing past which has led to this. This is easily one of the best Tamil thriller movies that you can stream right now on Netflix.

Based on real events this film is about cops who tortured four Tamil labourers for a crime which they had not committed. Will the labourers give up against the torture and accept their involvement in the crime despite being innocent forms the premise of this story.

Nayanthara stars in this Tamil thriller as a woman looking for her missing husband in Hyderabad. She comes across a conspiracy that’s full of mystery. What will she do now? Forms the core of this film.

An aspiring music director begins to receive voyeuristic images of his girlfriend from a stalker while tragedy strikes people around him. Vijay Sethupati star in this film as the main lead. It’s our personal favourite among the Tamil thriller movies on Netflix.

This Hindi movie which stars Taapsee Pannu as a video-game designer living alone and suffering from post-traumatic stress is now available in Tamil on Netflix. The game designer has to play a game of death and life in reality for her survival in this movie.

Last but not least on the list of best Tamil thriller movies on Netflix is Vanjagar Ulagam a movie that follows a man who wakes up to find that he is suspected of murder. And one journalist believes that he has ties to a mysterious gangster.

The Girls are back for one last fashion closet gala, The Bold Type, starring Katie Stevens, Meghann Fahy...
Entertainment