RRR, the epic period action drama from the director of the Bahubali series, SS Rajamouli, has shattered loads of previous box-office records by collecting a massive sum of ₹621 crores worldwide within 6 days of its release.

The movie has already collected more than ₹120 crores from its Hindi dubbed version running in domestic theatres all over India. The makers of RRR have claimed that the movie has earned a total of ₹474 crores at the domestic box office and is still growing in the collections with each passing day.

The ensemble cast and budget of RRR:

Rajamouli’s RRR features South superstars Ram Charan and Jr. NTR in titular roles. Ajay Devgn, Alia Bhatt and Shriya Saran also appear in notable cameos in the movie that took Rajamouli almost a year to shoot. RRR was made with a massive budget of ₹550 crores and involved as many as 3,000 technicians in the process of making the film.

What’s RRR is about:

The RRR revolves around the fictional stories of two pre-independence revolutionaries who fought against the British Raj and Nizam of Hyderabad in the 1920s. The movie explores the undocumented period in the lives of Alluri Sitaram Raju, played by Ram Charan, and Komaram Bheem, played by Jr. NTR.

Critics and audiences are lauding the epic period action drama with praises and compliments for the acting of Ram Charan and Jr. Star. The movie is an absolute mass entertainer with some over the top action sequences that leave you craving more. The film is actively paced and grants the abundance of super strength to the two main characters in their heroic saga against the British Raj and Nizam of Hyderabad.

From a ruthless cop to Alluri Sitaramaraju.. Layers in his performance can be experienced for second time perfectly. Anger, trust, emotional side , fierce nature. Everything potrayed by @AlwaysRamCharan is perfect to the T.#RRR #RRRMovie pic.twitter.com/Dxk6VSgNxz
— Thyview (@Thyview) March 29, 2022

@RRRMovie @ssrajamouli .. What a spectacular extravaganza. An absolute visual delight. My brothers @AlwaysRamCharan and @tarak9999 hard work is unimaginable. So very proud. Congratulations on the spectacular success. So happy for you all.👍👍👍👍👍❤️❤️🙏🙏 pic.twitter.com/FE5E3t9PCy

There are films and then there are SS Rajamouli films! #RRR E.P.I.C!! The scale, grandeur visuals, music & emotions are unimaginable, breathtaking and simply stunning!
— Mahesh Babu (@urstrulyMahesh) March 26, 2022 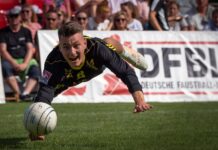