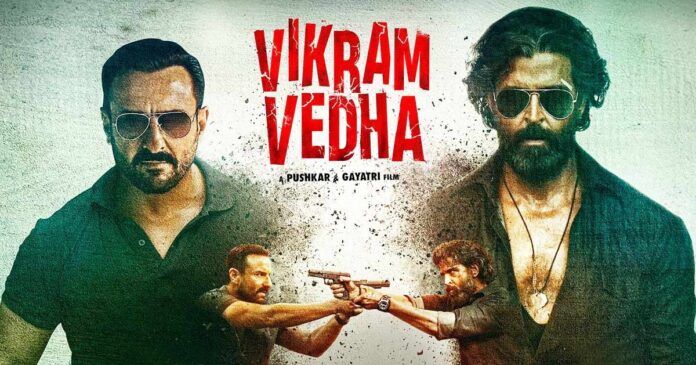 Vikram Vedha box office collection day 1 is approximately 11 crores which is much lower than what trade experts have been expecting. The film underperformed at the box office due to weak advance booking. Despite starring Hrithik Roshan and Saif Ali Khan, the action-thriller could not create an impact on the first day. 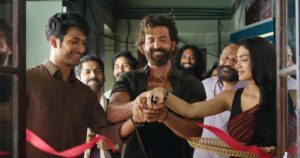 Vikram Vedha box office collection day 1 has surprised everyone as the film was actually expected to make around 12-13 crores on an opening day. The movie has been getting rave reviews, so we expect it to pick up the steam at the box office on Saturday and in the upcoming week with festival holidays on the way.

However, Vikram Vedha has been getting good reviews which may work in the film’s favour. The collection on Saturday and Sunday will shape up the trend for the action-thriller at the box office. The Pushkar-Gayatri directorial is a remake of the Tamil movie of the same name. They also directed the original movie, which features R Madhavan and Vijay Sethupathi.

It is said that the director duo has managed to add a fresh layer to the story. Also, Hrithik Roshan and Saif Ali Khan nailed their roles with great perfection in the movie. You may read the full review of Vikram Vedha here- Vikram Vedha Movie Review.