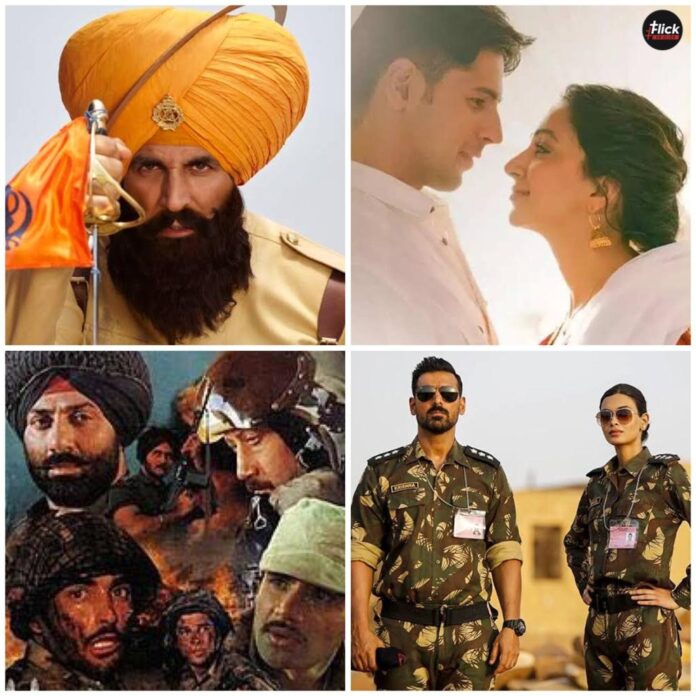 The trailer for the much-awaited film Shamshera starring Ranbir Kapoor has been released, making everyone curious to watch this epic movie. The trailer begins by disclosing that the story is set in 1870s India under British power. The villain is then performed by Sanjay Dutt. Shamshera’s trek to combat Britishers is then shown in the trailer.

Shamshera’s trailer is not only staggeringly stunning but also shows that the movie would be a gift for action and patriotic fans, from the power-packed fight sequences to Ranbir’s rough look and Vaani Kapoor’s sensuality everything is amazingly depicted in the trailer. This wonderfully shown trailer has got 77M views on YouTube in just span of two weeks and will be released in cinema on 22nd July. However, if you loved this teaser of the hopefully hit movie then here are 6 movies similar to Shamshera you can watch this weekend Here are 6 patriotic movies like Shamshera you can watch

Have you ever wondered what life was really throughout the Pokhran nuclear tests in 1998? Parmanu demonstrates it and instills pride in you by vividly portraying the accomplishments of Indian scientists and the Indian Military forces. . It stars John Abraham, Diana Penty, and Boman Irani. The film’s message is that everything is possible and achievable when we work together.

What follows when a mentee threatens to ruin the government and endanger the Indian Force’s professional integrity and wellbeing? That is the subject of this tragic and painful narrative. Aiyaary tells the stories of Siddharth Malhotra and Manoj Bajpayee in a very good way.  When you see it, you will undoubtedly feel that it is one of the best patriotic movies.

The film depicts an intense war melodrama with strong action sequences. The Battle of Saragarhi is acknowledged as one of the most inspiring and motivational accounts of human bravery and courage not only in India but throughout the globe. Kesari, directed by Anurag Singh, is a great tribute to this narrative of Sikh troops. It is one of the best patriotic movies similar to Shamshera which depicted true love for the nation.

Shershaah is a biographical war patriotic movie directed by Vishnuvardhan and written by Sandeep Shrivastava. Captain Vikram Batra, a Param Vir Chakra winner, is followed from his initial army position until his demise in the Kargil Conflict. Kiara Advani portrays Dimple Cheema, Batra’s girlfriend, while Sidharth Malhotra plays Captain Vikram Batra.   Shershaah is a biopic on the life of Capt. Vikram Batra was a courageous Indian soldier who helped India win the Kargil Battle in 1999.

P. Dutta produced, directed, and scripted the 1997 Indian Hindustani epic military nationalistic movie Border. It is based on a factual story from the 1971 Fight of Longewala and is set during the Indo-Pakistani Military conflict. BORDER is a brilliant story about young soldiers’ sacrifices and conflicts.  This patriotic movie is based on true events from the 1971 battle between neighboring countries India and Pakistan.

Avinash Dhyani directed and produced 72 Hours: Martyr Who Never Died, a 2019 Indian epic dramatic nationalistic movie. The plot revolves around soldier Jaswant Singh Rawat, who stood against the invading Chinese forces during the Sino-Indian War in 1962. The picture was well-received by both spectators and experts. This film depicts the braveheart’s unbelievable commitment to defend Nurunaang Base in Arunachal Pradesh from Chinese troops by battling in rough weather circumstances with no support.

Loved this Movies list of Similar movies to Shamshera? Do tell us if you have other movies in your diary.

Previous articleThor Love and Thunder: Grand Event misses its allure by straining to be overly funny
Next article10 Times Munmun Dutta aka Babita Ji Stole the Show with Her Stylish Looks
Udit Arora

Loved KGF 2? Here Are 5 Similar Movies Like KGF To Watch This Weekend

Movies Like KGF are loved by everyone, isn’t it? And after the immense success of KGF chapter 1,...
Entertainment

Yami Gautam is one of the industry's most outstanding actresses. She came to fame after featuring in some...