The Indian government is planning to impose another ban on PubG and 274 more Chinese origin apps, a new report says. The ban will include popular gaming app PUBG, AliExpress, ByteDance’s Resso and ULike, and Xiaomi’s Zili. The ban is yet to be announced officially. 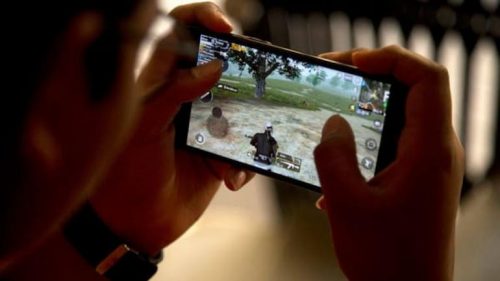 According to the Economic Times report, the Indian administration has been outlining applications which are a major threat to personal privacy and national security violations. While these apps may be highly used in the country, if found breaching, are liable to be banned, the report said.

The move came soon after the Indian government decided to ban 59 Chinese apps in the country including TikTok, Xender, and WeChat. The apps were found to be violating security terms and shared vital information with various third-party sources on an international level.


As of now, the government has made it clear that the ban is to be made if an app is related to the Chinese province or is backed or funded by a China-based firm/ company. Those apps, which are heavily dependent upon Chinese investments, are more prone to be included in the new listing.

The new list of PubG and 274 More Chinese Apps, that might be the new headlines anytime soon, includes a major portion of the popular apps such as mobile gaming sensation PubG backed by Tencent, Zili by Xiaomi, Alibaba group’s shopping portal AliExpress Resso and ULike from Byte Dance.

Also, some not-so-popular apps including 14 MI apps by Xiaomi, Chinese tech apps like Meitu, LBE Tech, Perfect Corp, Sina Corp, Netease Games, Yoozoo Global are also present on the new list. Helsinki-based Supercell, which has Tencent as its major investor is also to be banned.

The report also states that various government agencies have been drafting security clauses of numerous apps available for Indian users. And the previous and the upcoming ban is aimed to boost cybersecurity and protection of personal data of 1.3 billion Indians.


An official from the Ministry of Electronics and Information technology (MeitY) said the Centre will follow due process before imposing such a ban. “There is a process involved, there is a committee in place for such ban orders. If there is such an order, then MeitY will act,” the official said.

While there is no announced date for the ban, the official has mentioned that the government is looking to formalize a process for such bans. The MeitY has also been consulted to frame a law or a regulation that would support constant scrutiny of such apps operating in the country.

Meanwhile, China is feeling to be “Cornered” on a global level after the Coronavirus pandemic. While India banned their 59 apps back in June, U.S recently supported the same after they banned Huawei 5G technology in the country. Since then, the tech company has been facing a difficult time in various western countries.

Names of some main Chinese Apps that are on government radar for security issues in India: