As tensions along the border continue, the Government of India has banned 59 Chinese apps including Tik Tok sabotaging the privacy of the users and gradually fetching unwarranted data from the phones. 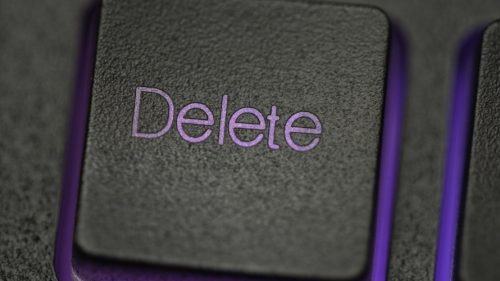 Tik Tok is one of the most used Chinese apps, very popular amongst the Indian youth is also one of the  59 banned apps by the government.

The government has decided to disallow the usage of these apps both in mobile and non-mobile Internet-enabled devices.

The press release further said that the Ministry of Information Technology has received “many representations raising concerns from citizens regarding security of data and risk to privacy relating to operation of certain apps”.

“The Computer Emergency Response Team (CERT-IN) has also received many representations from citizens regarding the security of data and breach of privacy impacting upon public order issues,” the press release mentioned.


It further says that the move to ban these Chinese apps move will “safeguard the interests of crores of Indian mobile and internet users”. This decision is a targeted move to ensure the safety and sovereignty of Indian cyberspace, it said.

Earlier this month, data from the Finland-based mobile-ranking platform, AppFollow, indicated that applications like TikTok have borne the brunt of Indian anger over Ladakh tensions.

ALSO READ :Best non-Chinese phones in India you can buy in 2020

From the past few weeks, Tik Tok was dripping down in terms of rating on the play store. TikTok slipped down to number 10 on the App Store.


Among Android users, the same Chinese application dropped from number 3 to number 5 in India ranking. However, stayed amongst the top ten apps in the country.

Popular among youngsters, TikTok has the maximum number of users in India, followed by China and the US.

According to the report by Sensor Tower, TikTok’s surge in popularity was due to the coronavirus pandemic. People found TikTok to be most entertaining and engaging in quarantine.

The other 58 Apps are also very popular apps in the country due to easy interface and convenient usage, we hope Indian brands come earliest with alternate Indian brands and we do not have to further rely on such Chinese apps.

As suggested by PM Modi Be vocal for the local, support Indian brands more.

If you do not carry your Aadhaar in your wallet or purse due to not having a printed...
Technology

Whenever someone wishes to buy a new smartphone then battery capacity is one of the major priorities for...
Lifestyle

Rakhi for Raksha Bandhan is a unique festival celebrated in India and countries like Nepal to symbolise the...
News

Aadhaar is basically a 12-digit unique identification number of a citizen of India, issued by UIDAI (Unique Identification...