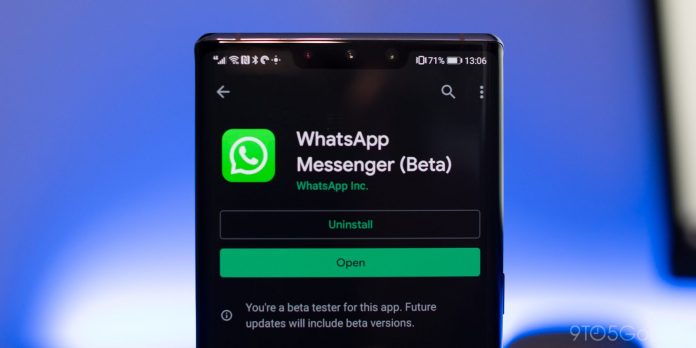 New Whatsapp Features- Messenger Giant Whatsapp is always on their toes and keeps updating the app for its more than 2 billion users worldwide. The company has recently announced a plethora of upgrades that users can expect this week, ranging from disappearing messages to the much-awaited Multi-device login.


Here are some of the new features on Whatsapp that users must look out for. 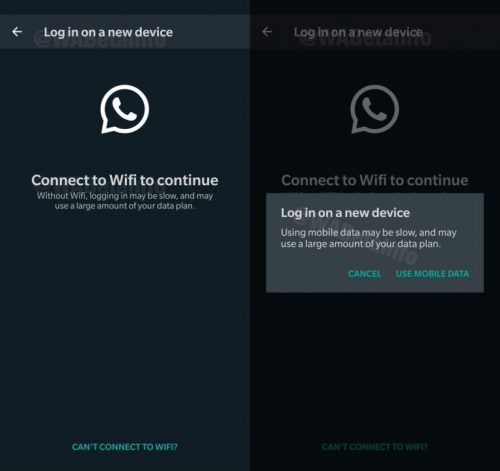 The “Search the Web” feature is one of the most powerful features of the Facebook-owned app. The new feature allows the user to search and debunk any such viral or frequently forwarded messages to stop the spread of fake news and misinformation on the platform.

With this new whatsapp feature, the user will have the opportunity and freedom to check and learn about the authenticity of the forwarded message to avoid being ill-informed. And after numerous trials, the feature is rolled out starting today in Brazil, Italy, Ireland, Mexico, Spain, UK, and the US.

Currently, the minimum limit allowed for muting a chat is 8 hours. A new feature for its community, the company is planning to introduce an “Always Mute” feature that will allow the user to mute a chat forever. The option, which is under development right now, will be replacing the 1-year mute chat option.

The U.S based tech giant has been working to provide a security feature named “Multiple Device Support” that lets users access the Whatsapp messenger on multiple devices such as smartphones, tablets, or PCs with a single account.

A tipster, known as WAbetainfo, shared a series of screenshots of the upcoming feature. The new login feature, which will be known as “Limited Devices” holds an uncanny resemblance to the WhatsApp Web connection feature which will be a major upgrade as it allows PC/iMac login only.

The feature will be present on the three-dot menu option. And will allow the user to send and receive messages from the browser, computer, and Facebook Portal devices. Also, the user would be able to see all the connected devices and log out of a specific one, if want to.

The “Disappearing or Expiring Messages” feature has been under development for quite a long time now. Though the company has not revealed anything about it, rumors tell us that the new feature will allow the user to send a message that will automatically self-destruct or disappear after some time.

WAbetainfo, the renowned Whatsapp news digger, and conformer, recently re-spotted the new upcoming feature. Since there are no particular details regarding the offering date of the upgrade, the feature is categorized in the “Under Development” section and is maybe closing up in the final test trials.

Coming at the forth, we have the Picture-In-Picture support in Whatsapp for ChareChat video sharing and playback. According to the speculations, Whatsapp has shaken hands to work with ShareChat to introduce a ShareChat Video Service in Whatsapp.

With the new tie-up, both the companies are planning to introduce a new feature that will give a preview of the shared videos in the messaging tab of the users. While there is a pre-existing feature for viewing videos in the app, this new whatsapp feature will add a much larger tab screen for the playback.

With an ingrowing digitalization in the country, Whatsapp is planning to introduce a payment service option in the messaging app. Rumored to be as “Whatsapp Pay“, the ‘In-App’ payment option is a culmination of the National Payments Corp. of India (NPCI) and the Reserve Bank of India (RBI) and will soon be available for the Indian consumers.

*It is to be noted that many of these new whatsapp features are still under development. Therefore, a date of announcement is yet to be confirmed.

WhatsApp has come with an update that lets you hide your profile picture, status and last seen from...