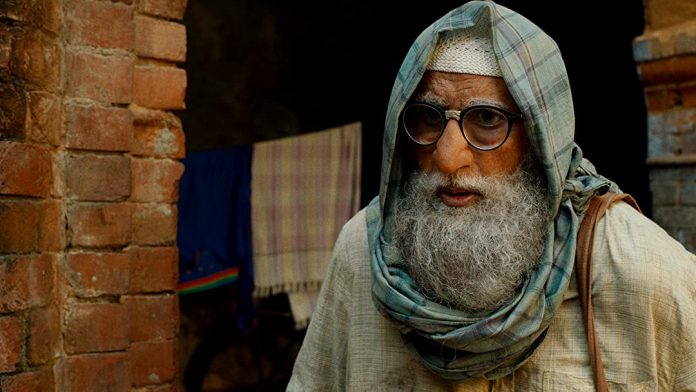 The black comedy-drama, Gulabo Sitabo, was finally made available on 12th June for viewers to feast on. Piku director Shoojit Sircar’s film was meant to be released theatrically.


However, due to COVID-19, the plans were quashed.

This is one of the first times that a huge Bollywood movie has been made into a direct OTT release. Due to this, plenty of fans were delighted to hear that it will be available on Amazon Prime.

It stars Ayushmann Khurrana, a recipient of four Filmfare awards and Amitabh Bachchan, who has worked with Shoojit Sircar previously on films like Pink and Piku.

This isn’t Khurrana’s first rodeo with Shoojit Sircar either. Their previous collaboration was for the movie Vicky Donor, the actor’s debut film.

Gulabo Sitabo centers around two men. The first is a frugal, old man who is the ‘owner’ of a haveli in Lucknow who has an unknown origin.


The other man is a stubborn tenant who does not want to vacate the premises no matter what happens. The duo bickers constantly.

Although this sight isn’t pretty, the witty writing makes it funny and bearable.

The ups and downs of their relationship along with the tussles are captured well. All the cards are laid on the table so that there is no room for ambiguity.

However, the fate of the men and the building in which they live is unknown. This is the factor that keeps the comedic movie intriguing until the end.

Gulabo Sitabo attraction is the wonderful use of the Hindi-Urdu-Awadhi language in which Lucknow talks. It’s not just the main characters who bicker, but every situation and scene features constant quarreling.


People cut others down to size and are obsessed with getting back at each other. Words are weapons in this beautiful war after all.

Top 5 TV Series you can binge watch on Netflix Anytime!

The writer, Juhi Chaturvedi, has done a glorious job in showcasing deadly wit. Although the comedy won’t make your stomach hurt, it’s implicit jokes will make you chuckle.

In fact, this is almost guaranteed every time the two main characters have petty fights that lose control.

The contours of the drama are defined by the happenings of the city and the haveli. The interiors that are decaying along with the sights and sounds are filmed exquisitely.


The panoramic shots, close up shots and the bird’s eye view of Lucknow reinstate the beauty of the lovely city. Shoojit Sircar manages to craft a melancholic yet satirical film of the people and the place.

A slow pace with editing that fluctuates with sudden bursts of activity is coupled well. It truly shows Lucknow as a city that’s alive which adds to the flavor of the film.

There aren’t any complaints when we come to the acting. Amitabh Bachchan is a delight to watch as he plays a man who packs quite the personality. He hits every note needed in every film and this one is no different.

Khurrana is also able to pull off the task of making the audience care for a character that he brings alive.

The concept of the entire film is refreshing and it grows on the viewers. The pace may seem a bit sluggish, but the dialogues and music will help you make it to the end.

Have you binged all the content made available on Netflix in April and now searching for new movies...
Talent

Netflix is one of the best when it comes to content and producing originals. But there’s no such...