This article gives an overview of Mahesh Babu's net worth in 2023. 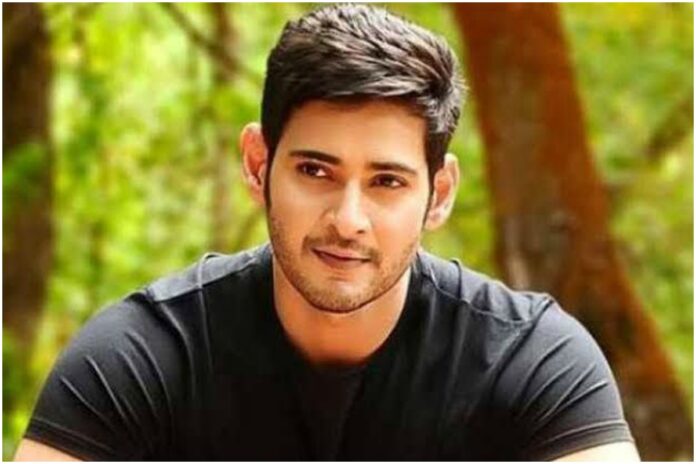 Mahesh Babu Net Worth 2023: Mahesh Babu has an estimated net worth of USD 33 million, which converts to approximately INR 256 crore. He primarily earns his income from movies and brand endorsements. Additionally, he receives a profit share from his films in addition to his acting fees and earns a substantial amount from endorsing brands.

In this article, we will delve into the filmy career, earnings, and net worth of Mahesh Babu, an Indian filmmaker, actor, producer, and theatre artist. He made his debut in the Tamil film industry in 1979 and has since received widespread acclaim for his acting abilities. Throughout his career, he has starred in numerous successful films, solidifying his status as a prominent figure in Indian cinema. His talent is not limited to India, as he has also gained recognition and praise from audiences worldwide. Today, he is considered one of the most highly-paid and talented actors in the industry, both in India and internationally.

Mahesh Babu is a highly versatile and talented actor, known for his diverse roles in mainstream films. He also holds a top spot as one of the highest taxpayers in the country, thanks to his large profits and earnings.

Mahesh Babu, the younger son of Tollywood Superstar Krishna, began his acting career as a child artist in the 1979 film “Needa” at the age of four. He went on to appear in nearly ten movies as a child actor before taking a break to complete his studies. He returned to acting as a lead actor in the 1998 film “Rajakumarudu”, directed by K Raghavendra Rao. Though he gained popularity, it was with the 2003 film “Okkadu” that he achieved star status. To date, including his current film “Sarkaru Vaari Paata”, Mahesh has appeared in 27 films. As one of the leading stars in Tollywood, he is among the highest-paid actors in Telugu cinema.

According to Tollywood reports, Mahesh Babu will earn a substantial sum of INR 35 to 40 crore per film. In addition, he will also get a share of the profits from each of his movies. The actor’s primary sources of income include film roles, brand endorsements, and profits from his business ventures.

Mahesh Babu is one of the most sought-after actors in Tollywood, he endorses several brands, and here are a few popular ones:

Fastrack watches, Idea Cellular, Pepsi, Hero Motocorp, Amrutanjan, Lux & Santoor Soap, Dabur Honey, Mountain Dew, CCL (Celebrity Cricket League), Asian Paints, Paragon Footwear, Kalyan Jewellers, Myntra, SLN Terminals, Tata Sky, Dabur Chyawanprash, JIO, Vivo, and Birla Sun Life Insurance. This list may not be exhaustive, and it is subject to change, as he is a well-known face in the industry with a huge fan base and is often associated with many top brands.

Mahesh Babu, born on August 9, 1975, is the son of legendary actors Ghattamaneni Krishna and Indira. He is 46 years old and has four siblings, including actor and producer Ramesh Babu and actress and filmmaker Majula. His elder sister Padmavati is married to politician and businessman Galla Jaydev, and his younger sister Priyadarshini is the wife of actor Sudheer Babu.

Mahesh was born in Chennai, where the Telugu film industry is based, and he did his schooling there as well. He went on to earn a bachelor’s degree in commerce from Loyola College in Chennai. After graduation, he received further acting training under director L. Satyanand. Despite not being able to read and write Telugu, he memorized his dialogues during the dubbing phase of his films.

Mahesh Babu reached the top of the Forbes India Celebrity 100 list in 2013, surpassing the likes of Hrithik Roshan, Salman Khan, and Shahrukh Khan. He held the sixth spot on the same list in 2014. He married his co-star Namrata Shirodkar in 2005 and the couple has two children, Gautam and Sitara.

Mahesh Babu owns a luxurious residence in the prime location of Jubilee Hills, Hyderabad, Nandi Hills. It is reported that the estimated value of this property is INR 28 crore. The actor, along with his wife Namrata and their two children, resides in this house.

According to sources, Mahesh also has a luxurious house in Bangalore. He has invested a significant amount of money in the real estate business in his wife Namrata’s hometown, Pune.

Mahesh Babu has a significant collection of luxury cars. He is known to own some of the most prestigious luxury car brands in the world, including Range Rover, Mercedes Benz, and Audi.

Q. What is the annual income of Mahesh Babu?

Q. How much does Mahesh Babu charge per movie?

A. Mahesh Babu charges around 35 crores per movie.

Ranbir Kapoor has a massive net worth of Rs 350 Crores which equals US $43 Million. He is...
Entertainment

Kapil Sharma Net Worth, Salary, Cars, House, Income and More. The net worth of Kapil Sharma from all...
Entertainment

Sidharth Malhotra net worth is a massive Rs 88 Crores, equating to US $11 Million. He is one...