Anupamaa Cast Salary: Here’s How Much Rupali Ganguly is Charging Per Episode

Check out the per episode of Rupali Ganguly for Anupamaa. 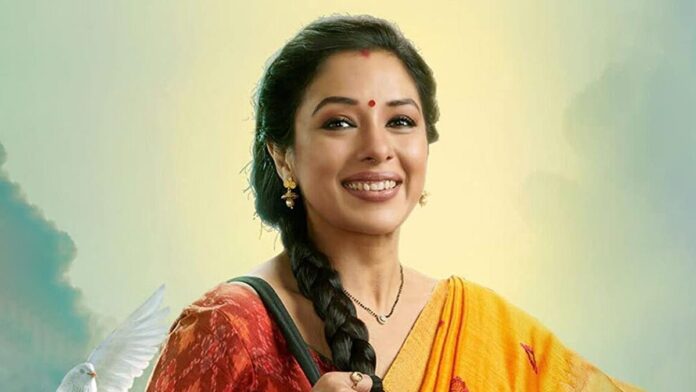 Anupamaa is an Indian TV serial that has gotten huge popularity over the last year or so. People love the daily soap headed by Rupali Ganguly in the lead. The show’s cast is getting paid a hefty fee as the serial continues to gain more appreciation and fame with every episode. Here we have covered the per-episode fee or salary of the main cast members of Anupamaa.

Rupali Ganguly plays the titular character of Anupamaa Kapadia in the serial and gets Rs 2-3 Lakh per episode as her salary. She used to charge about Rs 35,000 in the early days, but after the show’s huge popularity, her salary was hiked by the makers. Rupali Ganguly is one of the highest-paid actresses on Indian television. She is a veteran actress who has worked in many Indian serials throughout her long career. Rupali Ganguly is the highest-paid cast member of Anupamaa as the show rests on the shoulder of the character that she portrays.

Gaurav Khanna plays the role of Anupamaa’s husband in the show and gets a massive fee of Rs 1.5 Lakh per episode. He is loved by people for his sweet and mild-mannered character in the show. Gaurav is a well-recognised face in the world of Indian television, as he has worked on many serials in his career so far.

Sudhanshu Pandey plays the ex-husband of Anupamaa in the show. He charges Rs 1 Lakh per episode as his salary. His character has been praised by many for bringing freshness and different aspects to the serial.

Madalsa Sharma plays the role of the wife of Sudhanshu Pandey’s character in the show. She has been praised for her acting skills. Madalsa is reportedly being paid Rs 25,000-30,000 as her per episode salary in Anupamaa.

Paras Kalnawat plays the important role of Vanraaj and Anupamaa’s son in the serial. The young TV actor is charging around Rs 50,000 per episode as his salary.