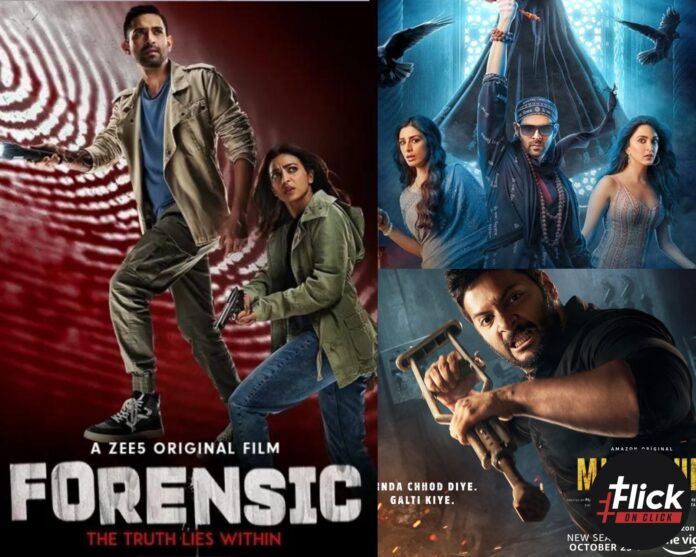 OTT platforms are always buzzing with new movies and web series that continue to grow their popularity. Recently, several details regarding the much-awaited digital release of a few web series and movies, including Mirzapur 3, Bhool Bhulaiyaa 2 and Forensic, were revealed to the public. Fans can now rejoice as pretty soon, their beloved shows and movies will be available to stream from the comfort of their homes.

Pankaj Tripathi, the actor who portrays Kaleen Bhaiya in Mirzapur, released the info that pretty soon, he will start reading the script of Mirzapur 3, which has been finalised, and the shooting for the highly-anticipated series will soon commence. Fans can expect season 3 of Mirzapur to debut on Amazon Prime Video in late 2022. Most of the cast from the previous season will return for the upcoming season, as confirmed by the producers.

Bhool Bhulaiyaa 2, starring Kartik Aryan, Kiara Advani and Tabu, is finally coming to the OTT giant Netflix on 19th June 2022. The film has been hailed by the audience and critics alike. Until today, it has earned around ₹175 crores at the box office, and the film is still running in a few theatres in India.

Forensic, a psychological thriller which stars Radhika Apte and the Mirzapur fame Vikrant Massey will release on ZEE5 on 24th June 2022. The film is direct to the OTT release. Radhika Apte revealed that the bad weather had caused huge problems for the team of Forensic during the shoot. Actually, it was slated to release on 17th June, but due to the bad weather conditions, the release has been postponed for a week.

She Season 2 Starts Streaming on Netflix:

The crime drama created by Imtiaz Ali has released its second season on Netflix. New-season of the show is receiving positive reviews, and the main actress Aditi Pohankar is hailed by the critics. However, Aditi has shared that Imtiaz was actually sceptical about casting her as the lead in the beginning. In the end, things worked out, and she landed the job that made her the talk of the town.

Disney+ Hotstar is gearing up for the original shows and movies to go toe-to-toe with other OTT platforms. Shoorveer, a series which focuses on the Indian army, navy and air force, will soon arrive on the streaming platform. Not many details about the plot of the show are known yet.

Flight Offers 2022: Get Everything From Reduced Fares to Free Date Change