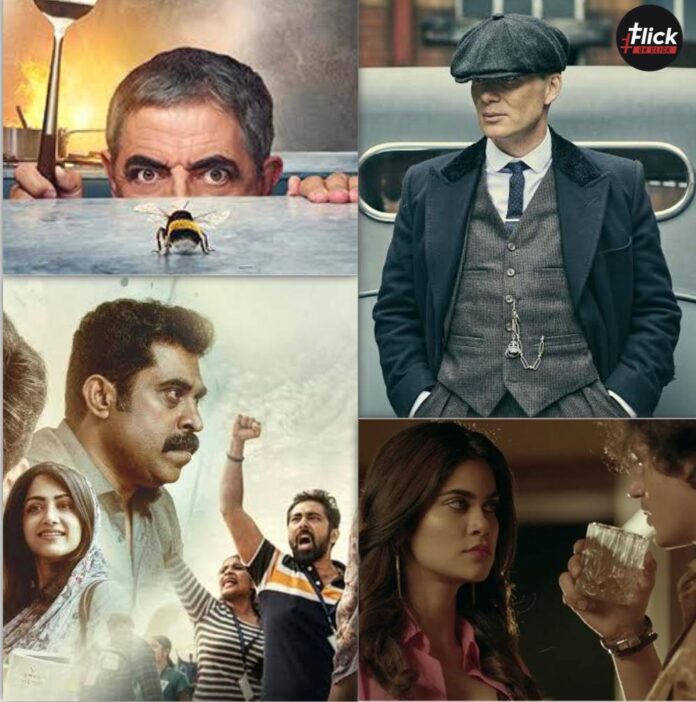 Netflix never stops surprising us with new unexpected programs. Simultaneously, It keeps us entertained throughout, whether it’s humour, Comedy, Horror, romance, suspense, or adventure. Hence, If you want to spend a leisurely weekend enjoying the latest Netflix movies and binge-watching all the recreations this is the weekend for you. Flickonclick is back with a collection of shows that are set to release on Netflix in June 2022.

Here is the list of new shows that are set to release on Netflix and are worth watching on weekends:

The storyline of this web series focuses on an underground female cop/officer who sets out on a mission to expose and look out for the city’s huge drug gang. The first season had already gained so much widespread attention that its promotional rights were purchased by big investors. Moreover, it became a widely-anticipated web series with even more involvement and interest than the previous series. Sit back and wait for Netflix to release season 2 on June 17th, 2022.

The storyline of the web series revolves around Power and Glory, which involves some of today’s most pressing national politics. Along with, the Danish Realm’s relevance in the world today, the superpowers’ battle for dominance of the Arctic, and climate disaster. The main plot revolves around the struggle for dominance and what it does to people both socially and professionally. Binge watch, Borgen season 4 as it is already available on Netflix.

Peaky Blinders’ most hyped season is going to release on netflix on June 10. While the series theoretically focuses on the familial relationships and trials of the Shelby family, who lead the Peaky Blinders gangsters in the initial 1900s, Season 6 deviates from one of the show’s key cast characters.

It is an Indian legal drama film where a cop and criminal fight about their opinions of the justice process. The plot focuses on the suspected assassination of Lecturer Saba Mariyam, a prominent and ethically aware college professor at Ramanagara’s Central University. This ignites protests led by university students fighting for justice for Saba, who are brutally suppressed by police. Finally, Movie is now available to watch on Netflix, Stream now.

Matthew Reilly directed Interceptor, an upcoming  Action/adventure drama film based on a story he co-wrote with Stuart Beattie. Hence, the storyline focuses on a single Army captain who must use her years of tactical training and knowledge of this subject as a simultaneous coordinated assault threatens the remote missile interceptor station she controls. Interceptor is going to release on Netflix today, Watch your favorite adventure movie now.

It is a forthcoming American sports drama film directed/produced by Jeremiah Zagar, based on a script written by Taylor Materne and Will Fetters. The plot revolves around a washed-up basketball scout who discovers a fantastic street ball player while being in Spain and sees that it has potential for his chance of returning to the NBA. Hence, after 5 days Hustle movie will release on Netflix.

It is a forthcoming Netflix Australian tv series for kids and teens. However, the story revolves around  Summer Torres (Sky Katz)  who is a fiery Brooklyn teen and has recently been transferred to live with family friends at Gibsons in a small coastal town on the Great Ocean Road. Finally, she falls in love with the culture, the folks, and the waves despite her best efforts. Surviving Summer is going to release on Netflix today, Watch your favorite adventure movie now.

Davies and Chris Clark executive produced Man vs. Bee. It is the latest comedy series starring Mr. Bean (Rowan Atkinson) as a man whose house-sitting job goes wrong due to the complex and challenging task to catch a bee. Finally, Season one of Man Vs Bee is going to release on Netflix on 24th June, Watch trailer now.

Read More: Upcoming Movies and Shows Releasing on OTT in June 2022 in India