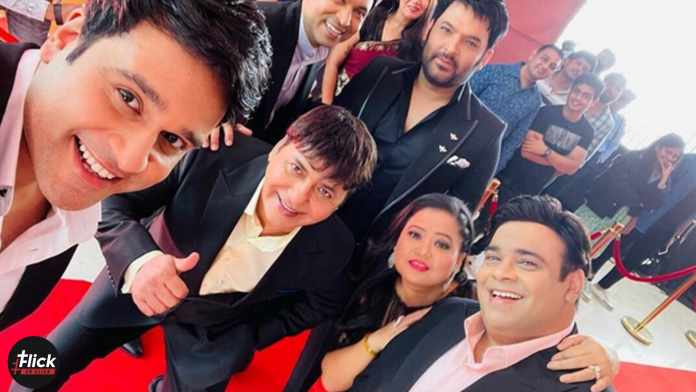 We all know Kapil Sharma as the iconic face of the Indian comedy stand-up talk show. We all have enjoyed his show, and the news of its resummation led to the disappointment of many fans.

Well, the good news is, according to the viral photo posted on photo JUL 18, 2021, 08:27 PM IST, The Kapil Sharma Show is back on! And along with a bunch of familiar faces.

In the picture, the entire original cast is back in action to film the second step of the television show. Kapil is along with his co-actors Krushna Abhishek, Kiku Sharda, Bharti Singh. And even Archana Puran Singh, Sudesh Lehri, Chandan Prabhakar, and others. 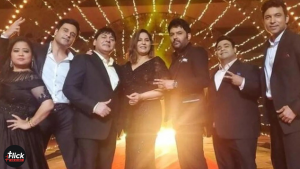 The famous TV star Kapil Sharma has finally returned after his leave to be with his family. He is back in action along with his cast of members Krushna Abhishek, Kiku Sharda. Some of the cast members who have made a fantastic comeback are-
Bharti Singh, Archana Puran Singh, Sudesh Lehri, Chandan Prabhakar.

This show is set on having two seasons and three hundred and seven episodes in total. They are preparing for the upcoming arrival of the new season—the cast, along with all their fans.

This photo went viral and became an Instagram sensation. Fans all around India are dying to see the original cast back into action. This excitement is because the cast will be back after years of separate roles and shows.

Kapil shared the pictures. He wrote, “a new beginning with all the old faces #tkss #thekapilsharmashow. #blessings #gratitude #comingsoon.” which has all the fans showering their love and anticipation for the same.

Bharti Singh even shared a fun video from the sets and captioned it “back with the bang.. always fun with Bachpan ka Pyaar #tkss #bhartisingh.”

Krushna Abhishek joined in on the fun and shared the same picture as Kapil and captioned it. “The Team is coming back soon with a Bang #new #tkss #theshow #promoshoots #bangbang. @kapilsharma @bharti.laughterqueen @kikusharda @realsudeshlehri @chandanprabhakar.”

If you were ever a viewer of the famous show Comedy Nights, this must be a piece of delightful news for you. Check-in with us further for fresh and exciting updates such as this. Join in the fun!

Chandan Roy debuted in front of the audience with his critically acclaimed role in the web series Panchayat...
Offers

Top 6 Kapil Sharma Show Episodes That Will make you Giggle

The Kapil Sharma Show is a Hindi-language, comedy-drama and discussion show that airs on Sony Entertainment Tv in...
Talent

October is already here and by this time, if you haven't purchased a Disney+Hotstar subscription, then what have...