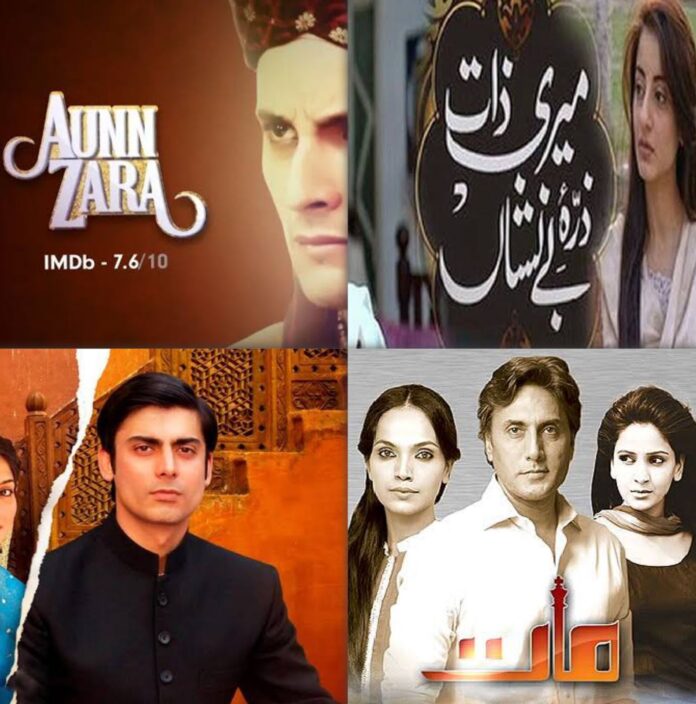 Pakistani TV series have entirely questioned the idea of producing a successful TV show by giving a refreshing breath of air to its viewers in contrast to the outdated tales of Indian TV dramas. For a long time, the Indian broadcast business was dominated by a certain Miss Kapoor, who was hell-bent on ensuring that our screens retained the moniker idiot Box in the real sense of the term. Then she made the transition to the big screen, although with the same motto. Nonetheless, her example continues to influence Indian television dramas. And, while our serials were too preoccupied with filling their quotas of saas-bahu sagas, a single Pakistani TV channel series burst into our homes and completely upended our perceptions of, well, a TV serial.

We can’t disregard that the Pakistani Tv series provided a pleasant change in our life. None of us are engaged in those hammy Saas Bahu serials any longer. But what made us fall in love with these Pakistani dramas so quickly? Real Character, plot, Limited number of plots, and unique twists and roles. Let’s find out some of the Interesting Pakistani Tv series that knock down Indian Saas Bahu dramas.

In this story of spiritual enlightenment, Mahira Khan and Mikaal Zulfiqar sparkled.  In what can only be characterized as a modern-day fable, this novel tackled some difficult topics such as our easy adoption of luxury, our absence of compassion for those around us, and the key to true happiness. This serial, more than Humsafar, displayed director Sarmad Khoosat’s distinct aesthetic and metaphorical direction style.

Being number one is not easy. Being great is not enough; you must be extraordinary. Dastaan isn’t just another serial or love between two people. It’s an epic love story about a nation and its inhabitants. Dastaan portrayed the narrative of Hassan and Bano, who were ripped apart by events beyond their power during the turbulent period of Partition and Liberation. The sheer complexity and breadth of such a production would intimidate anyone, yet filmmaker Haissam Hussain managed it with the sort of next-level ingenuity for which he is well renowned. Fawad Khan, Sanam Baloch, Ahsan Khan, Saba Qamar, and Mehreen Raheel delivered outstanding performances to complement Samira Fazal’s brilliant writing.

Durr-e-Shehwar is a drama about the marriage institution. Durr-e-Shahwar, featuring Sanam Baloch and Mikaal Zulfiqar in major roles, is a love story with life values. Durr-e-Shahwar is the show’s main character. who understands the value of maintaining a relationship and wants her children to understand the same. Director Haissam Hussain maintained the pace going in what could have been just another mazloom aurat (powerless woman) drama by using a brilliant balance of past, present, and future.  It’s available on YouTube.

Another gem from the Pakistani tv series, this show features women punishing male misconduct. It’s the story of six women whose lives are intertwined and who will go to any length to right the wrongs that life has dealt them. This is certain to keep you captivated, and you may wind up binge-watching it all night.

This was a watershed moment in the Pakistani tv series, with outstanding performances by Samiya Mumtaz and Faysal Qureshi. This sad incident exemplified how the concepts of humility and purity may be used against women. There is no atonement or forgiveness in this story; it simply serves as a warning that some actions cannot be undone. Anyone who watches this would be reminded of the outstanding director Babar Javed once was.

Humsafar captivated a nation, catapulting Fawad Khan and Mahira Khan to prominence. Sarmad Khoosat and Farhat Ishtiaq, the filmmakers, provided us with more than a love tale; they gave us a blueprint of the person’s heart, an acute comprehension of the inner feelings 2 persons can have for each other. This was one of the best tv series ever made, with romance, envy, sorrow, and, eventually, the victory of reconciliation.

Maat is one of the most well-known Pakistani series. Aiman (portrayed by Amina Sheikh) and Saman (portrayed by Saba Qamar) are daughters who couldn’t be more dissimilar. Aiman is the kind one, whereas Saman is the cruel sister who has always sought to take anything her sister had. When Aiman’s fiancee Faisal (portrayed by Adnan Siddiqui) loves Saman instead of Aiman, the plot takes unexpected turns. It is available on Zee5.

This Pakistani Tv series centers on Aunn and Zara, as the title implies. Though they are both lavished by their families, their mindsets are opposed. They marry for the sake of their parents, but what happens next will keep you captivated. To learn more, watch the program. It’s available on YouTube. The impressive talents of Osman Khalid Butt and Maya Ali set this drama apart from the pack. This series demonstrated that money should never be an impediment to quality since outstanding acting, a decent storyline, and excellent camera work can transcend any obstacle.

This is, in reality, the most refreshingly noticeable aspect of the Pakistani tv series. While Indians perceive themselves to be a far more progressive society than Pakistanis, their television soaps do not appear to reflect this. However, Pakistani serials have mastered the art of portraying women’s rights on screen. In the literal meaning of the word, Pakistanis have shown women’s emancipation and autonomy in the country’s society very well as compared to Saas Bahu Indian Drama series.